It took Apple four years to fix the B-station UP master made it: the ultimate sci-fi board

Four years ago, Apple released its own wireless charging pad, mdash; and AirPower, which users can charge by placing their phone on a board, but until now, the product has not been available.

B station UP master "teacher good I call and classmate" in order to make up for 4 years of regret, do not want to wait for him to decide to do their own out, and better than Apple.

In the end, it took him two months to make an oversized version of airpower-mdash;

According to He students, the principle of wireless charging plate is very simple, is cm placed wireless coils, the general round wireless charger often only has a coil, slightly crooked can not be charged.

If the phone can be charged anywhere in the "table", then you need to fill 632 wireless coils, too environmentally unfrigent, and simply stack the coils is not possible, because there is interference between the coils, you need a control panel centralized control coil pass can be.

To look cooler,He also designed the desktop to be transparent, with a secondary animation when the coil moves, and cool animation when charging the phone.What's more, when one device is full, it automatically runs to charge another.

Inside the table, a Mac mini is also integrated that can be connected directly to the monitor and key rat for use by the computer. 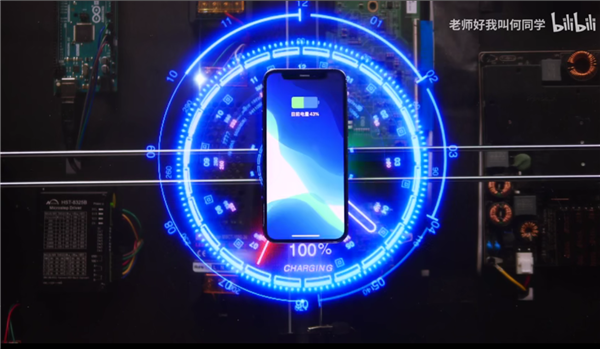 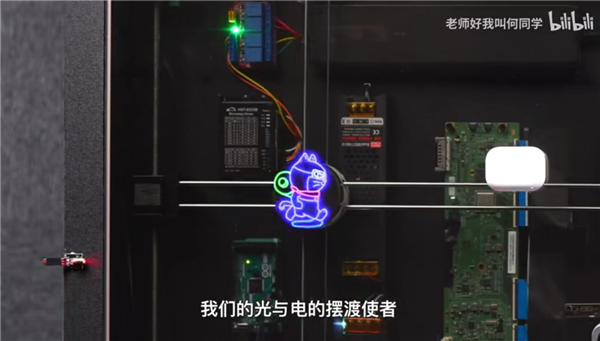 Related news
Apple watch is five years old. There is still a lot of room for your imagination
40 million yuan from station B to famous game up director Ao is accused of plagiarizing YouTube
B station dog head up main race evaluation: NVIDIA to cancel RTX 3090 / 3070 domestic starting qualification?
Station B jumps out of copyright competition game
Up's main stock recommendation base mixed with good and bad
It took Apple four years to fix the B-station UP master made it: the ultimate sci-fi board
Hot news this week
Apple store staff committed suicide due to work pressure?
Xiaomi has issued a patent for autonomous driving, which can automatically adjust its driving ability according to the road class
U.S. inflation blasts Nearly half of households aim to live: the price of the commodity has gone up outrageously
Jiangsu Bank's Beijing branch was fined 4.9 million for "seven crimes" involving the illegal issuance of loans
Huawei has released a patent on the packaging structure that solves the problem of black spots on display panels
More than 20,000 domestic Model Y "broken shaft" recalls Tesla's ability to dump pots surprised netizens
Alipay announces automatic identification of automatic identification of vehicles to enhance the quality of drivers
Browser Search Engine Giants Quasi-Upgrade Microsoft to issue an unsafe warning to 2 billion Chrome users
Could new SEC rules prevent Chinese companies from listing in the US? The Foreign Ministry responded: firmly opposed
The U.S. blocked Avista's acquisition of chip giant ARM, fearing it would hurt competition and neutrality
The most popular news this week
Zhang rural video explosion two months rose powder 15 million Chinese fire protection can not watch
The flagship Redmi K50 of the year has finally surfaced! Too strong
This month decided to give rights and interests package Of Euler cars in response to the "stolen chip" incident
AMD YES! Musk praises Tesla's 'Witcher 3'
Standard Snapdragon 8 Gen1! Exposure millet 12 Pro released this month: screen specifications are higher
A Japanese billionaire has flown to the International Space Station on the most expensive charter flight in history
US group public bag app: system network abnormal recovery rider can be delivered normally
Visa CFO: The company can solve the problem with Amazon, and the relationship will resume as it did
Yumei Technology responds to employees: there is cash compensation and option compensation, and the company operates normally.
Abandon ARM! Huawei's all-self-research chip announced: new architecture CPU plus holding