Earlier this month, The company announced that IT will start recruiting for "beta launch" on October 8.

In addition, Mihalyou registered a trademark for Collapse 4: Galaxy last year, indicating that the series is expanding. 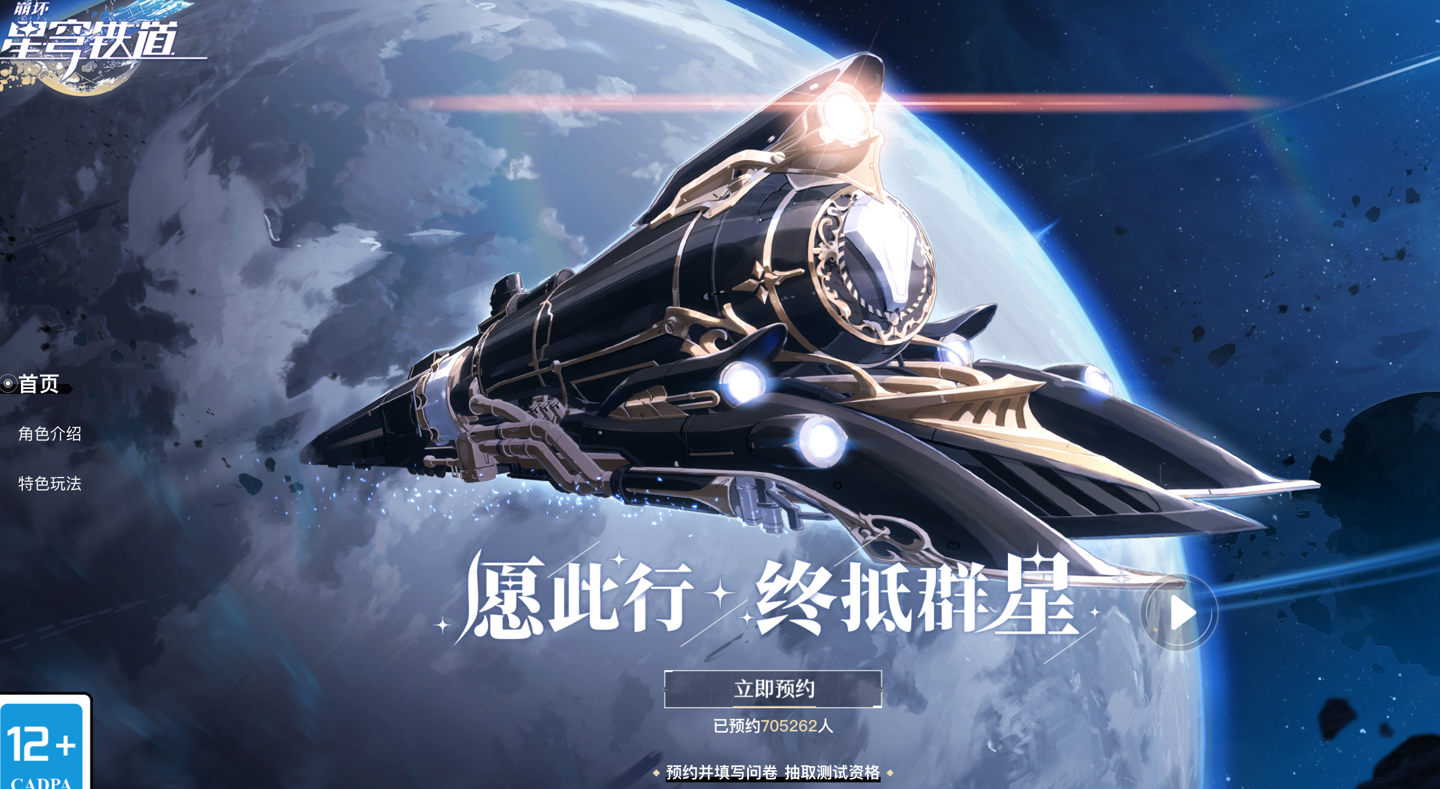 ▲ Miha You's new work, The Collapse of the Stardome Railway, has nothing to do with the text and text

Jason Chuang, an executive of Miha Travel Overseas, revealed on linkedin that Miha Travel is developing a triple-A game. According to the time given, the project has been in progress for at least 11 months and is currently looking for testers. To play a series of closed beta games (focus groups, early playtests, etc.) in the US.

It is worth mentioning that Jason Chuang is the senior product Marketing Manager and global and branding product/brand Executive for new IP games at Miha. He is responsible for product marketing in Europe and Europe for miha's overseas team and is currently working with the Incubator team as product/marketing leader for an unannounced AAA project.

According to his resume, he works closely with game directors and studio heads to develop brand visions for new IPS and provide player insights into product strategy. He is known to have developed a successful GTM marketing strategy for The Original God.

IT home reminds, at present we don't know the IP or any information game works, but given a 3 a masterpiece on average 3 ~ 5 years of the development cycle might be just beginning, and apparently swam mihajlovic also not assign the IP works too much, just hope we can see in five years have more information about this game.

Related news
Huawei Xu Zhijun: new IP is a pure technical subject
Why does Huawei's "new IP" encounter new problems?
Chinese core from A-share reactor
Exposed Miha tour is developing 3A level new IP works project has been promoted for 11 months is still not announced
Tencent apologize: "The king glory" IP new tour "code - zero" poster plagiarism
How to use "China Aerospace" IP? Wang Chunlin, general manager of Time Network IP Operations
Hot news this week
Apple store staff committed suicide due to work pressure?
Xiaomi has issued a patent for autonomous driving, which can automatically adjust its driving ability according to the road class
U.S. inflation blasts Nearly half of households aim to live: the price of the commodity has gone up outrageously
Jiangsu Bank's Beijing branch was fined 4.9 million for "seven crimes" involving the illegal issuance of loans
Huawei has released a patent on the packaging structure that solves the problem of black spots on display panels
More than 20,000 domestic Model Y "broken shaft" recalls Tesla's ability to dump pots surprised netizens
Alipay announces automatic identification of automatic identification of vehicles to enhance the quality of drivers
Browser Search Engine Giants Quasi-Upgrade Microsoft to issue an unsafe warning to 2 billion Chrome users
Could new SEC rules prevent Chinese companies from listing in the US? The Foreign Ministry responded: firmly opposed
The U.S. blocked Avista's acquisition of chip giant ARM, fearing it would hurt competition and neutrality
The most popular news this week
US group public bag app: system network abnormal recovery rider can be delivered normally
Visa CFO: The company can solve the problem with Amazon, and the relationship will resume as it did
Yumei Technology responds to employees: there is cash compensation and option compensation, and the company operates normally.
Abandon ARM! Huawei's all-self-research chip announced: new architecture CPU plus holding
It is 200 million to learn Tesla Volkswagen will be involved in clean energy construction.
TNGA + hybrid! Toyota's flagship Sedan in China looks a lot like a Lexus
Liang Jianzhang: The real universe will certainly prevail over the meta-universe, which may bring population risks and technological stagnation
Google Chrome now supports scrolling screenshots on Android 12 phones
SONY's Employee Innovation Competition in China is on display for the first time: here is the source of "black technology"
Huawei new PC processor "Pangu" exposure! Alternative Intel / AMD