IT House October 18 news, on October 18 On Open Day, Ali Cloud has exhibited the audience based on two one-generation machines of the new generation of shadowless architectures. Two new products are divided into 23.8-inch standard and 27-inch Pro version. The PRO version has a touch screen and a touch pen, and the official introduces the first designer cloud computer.

In the Yunqi Conference Exhibition Area, the audience can have a preliminary experience on the integrated machine: on the one-in-one screen, the past in Windows, Linux, Android or domestic operating system 3D rendering, visual design, programming environment, mobile games and other software, more than 10 A demo application icon aggregated on a screen. Users do not need to switch the system, no need to download, that is, use. Single should be adapted, currently up to 1024 core CPU and 8 high performance GPUs can be used. 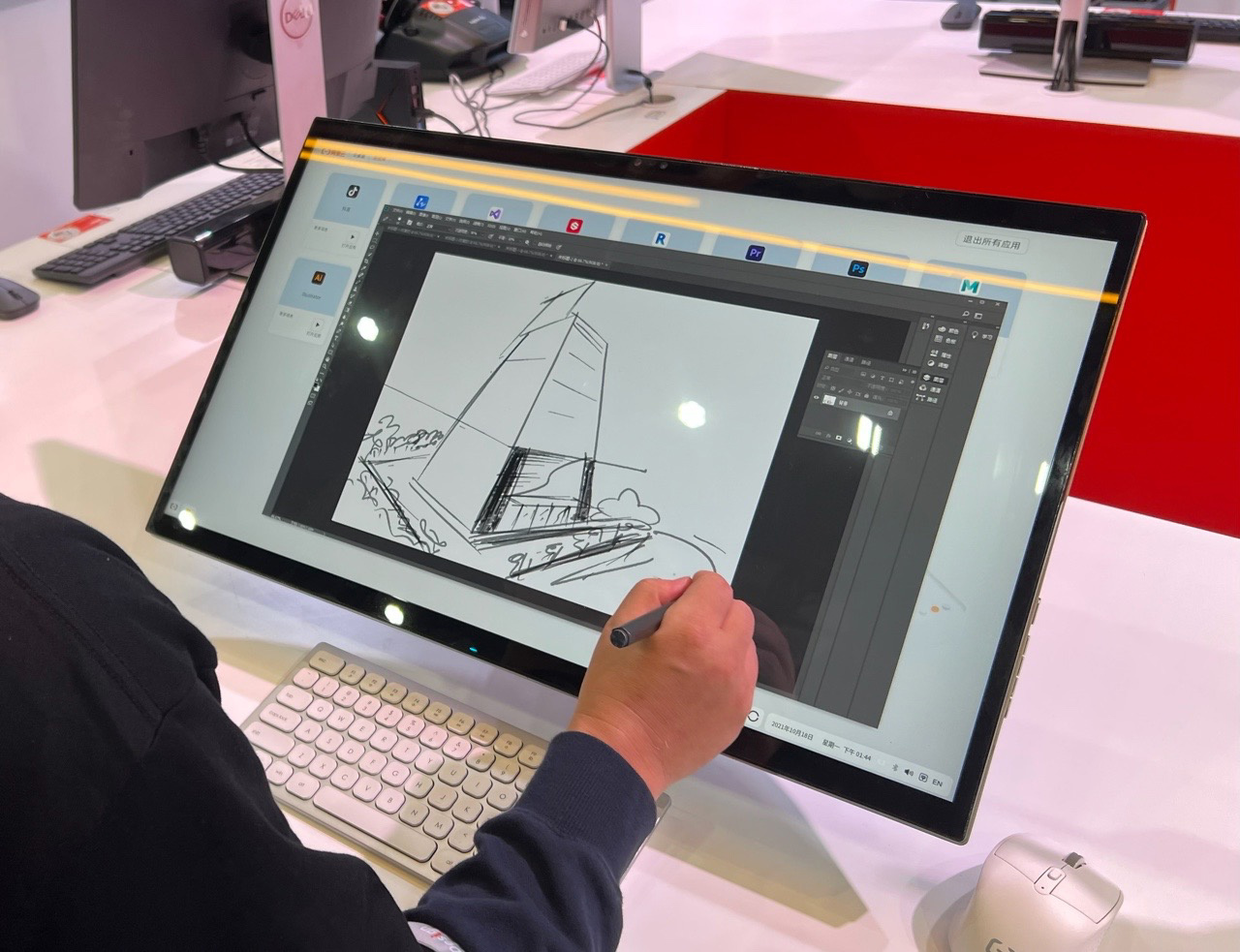 Photo: The audience experiences the hand-painted function in the exhibition area

The on-site staff introduced that a new generation of shadowless architecture is upgraded in September this year. After more than a year of exploration: can support large-scale instance scheduling on the cloud, support a variety of hardware terminal forms, and adapt to more general system protocols .

There is no way to change the way the user uses a personal computer. In the past, people need to purchase the computer, first configure the processor, graphics card, memory, hard disk, decide which system to install, and download the app to local use. Today, users will log in to the cloud, there is no need to spend a high budget upgrade hardware, no need to bind in a single system, the large-scale software is used, no need to download, can also avoid viruses, strengthen data security. 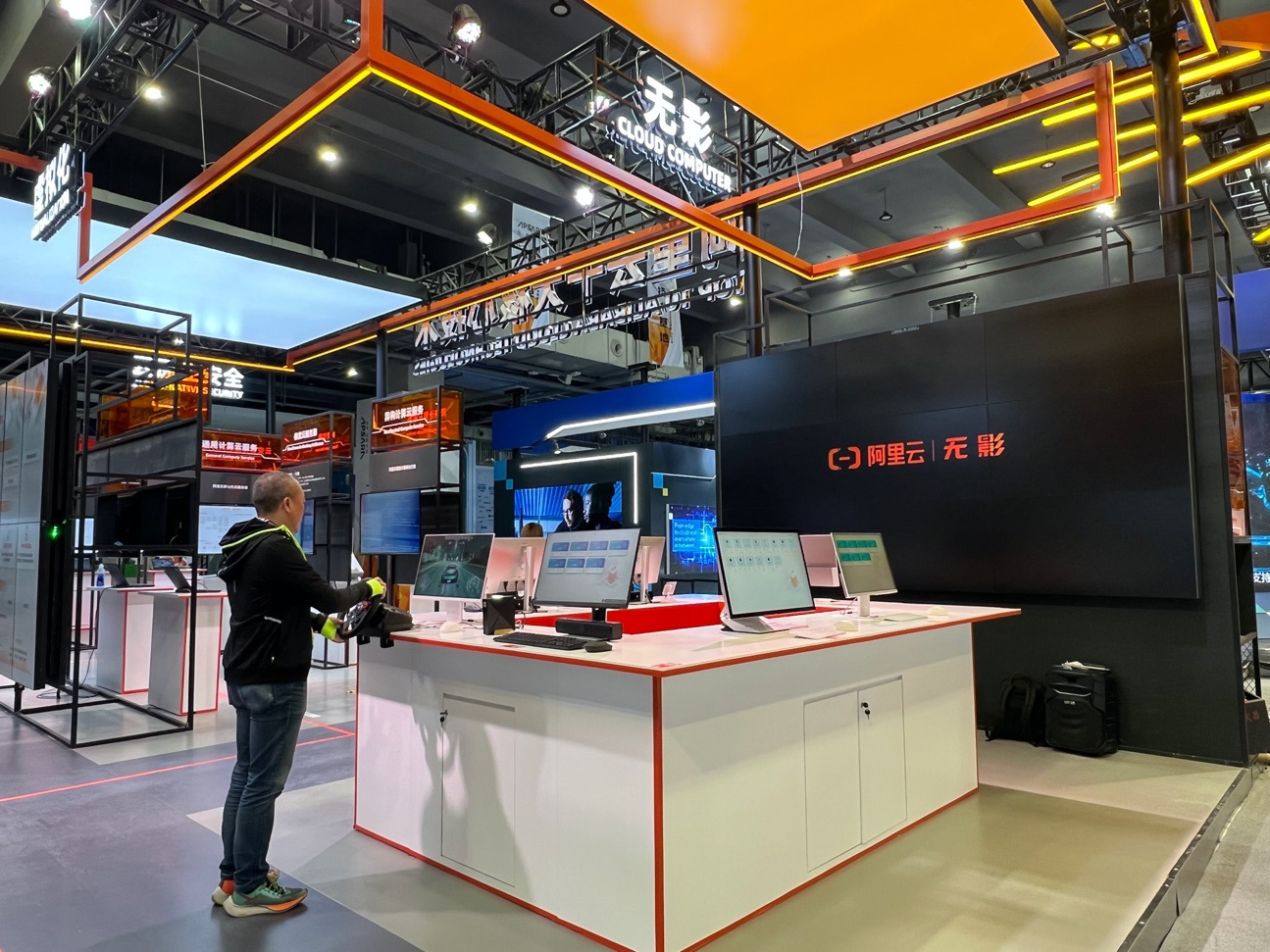 In May this year, no more commercial use of large-scale commercial use, in recent month, the core system research and development, high-end manufacturing, etc. have higher data security requirements.

IT House understands that there will be officially released in the next quarter, and the official website of Ali Yun has been opened. There will be no personal version of the soft terminal will also start the free trial plan in November, and 50,000 places are expected to open.

Related news
Google Web Designer 6.0 is officially released
How much is Google Cloud worth?
Huawei Cloud Major Change: Cloud
Hot news this week
Titanium Media Publish Assesum: People's Bank: Digital RMB Winter Olympics pilot has entered the sprint phase; Tesla announced that 250,000 Powerwall energy storage power stations have been installed
Capital does not love SAIC, "flying" subsidiary, Jet Hydrogen Technology intends to go to science and technology board
Study on the sequelae of COVID-19 in the Chinese team: Shortness of breath, depression and other problems still existed nearly one year after discharge
Great Wall electric car goods wrong board! Little sister rights: female car owners are not stupid money
US media: If it is unable to quickly solve the problem of incomplete behavior in the company, the moving Blizzard CEO will consider resignation
Tencent responded to "APP to get ridiculous": Upgrade APP is now downloaded for user rights protection
Gree announced the implementation of the double-holiday work system Dong Mingzhu from the media voice netizen God reply
Wechat: It will not be possible to create an account for controlling comments and Revelations related to star artists
Netease Cloud Music will soon be listed on the back of 200 million monthly live users how to make money
The ninth batch of online anchor warning list announced Wu Yifan, Zheng Shuang and other 88 people in column
The most popular news this week
Huawei Watch GT 2/2E Upgrade: Download third-party apps
Miit: China's 5G terminal users reach 450 million! Accounting for more than 80% of the world
Sources say tesla's German plant will start production in December, while Volkswagen's Audi will start production of the Q4
The first batch of invited to become Apple ecological developers, Bunkes launched a variety of Magsafe accessories
Intel ignition level 56 core bubble! AMD can go to sleep
5G Core Standard Essential Patent Competition: Huawei Wins again!
MIUI development version upgrade! 4G was "discriminated against"
Tea Party CEO Tan Jong: Bringing together youth and women to build a new future for Asia
The birth of the Chinese own genetic variability is named "female 娲"
The most dead industry: the Internet can only row the second first thoughts