For the first time ever! Pig kidney transplanted into Human body in US

The transplant did not produce so-called hyperacute rejection in the immune system for three days, raising hopes for potential human animal organ transplants in the future to overcome the current donor shortage.

Us researchers have successfully attempted the first transplant of a pig kidney into a human with no rejection within three days of implantation, marking a major milestone in the history of organ transplantation.

The human immune system of a brain-dead kidney patient who was implanted with a pig kidney at NYU Langone Health did not experience so-called hyperacute rejection for three days, raising hopes for potential human animal organ transplants in the future that could address the current donor shortage. 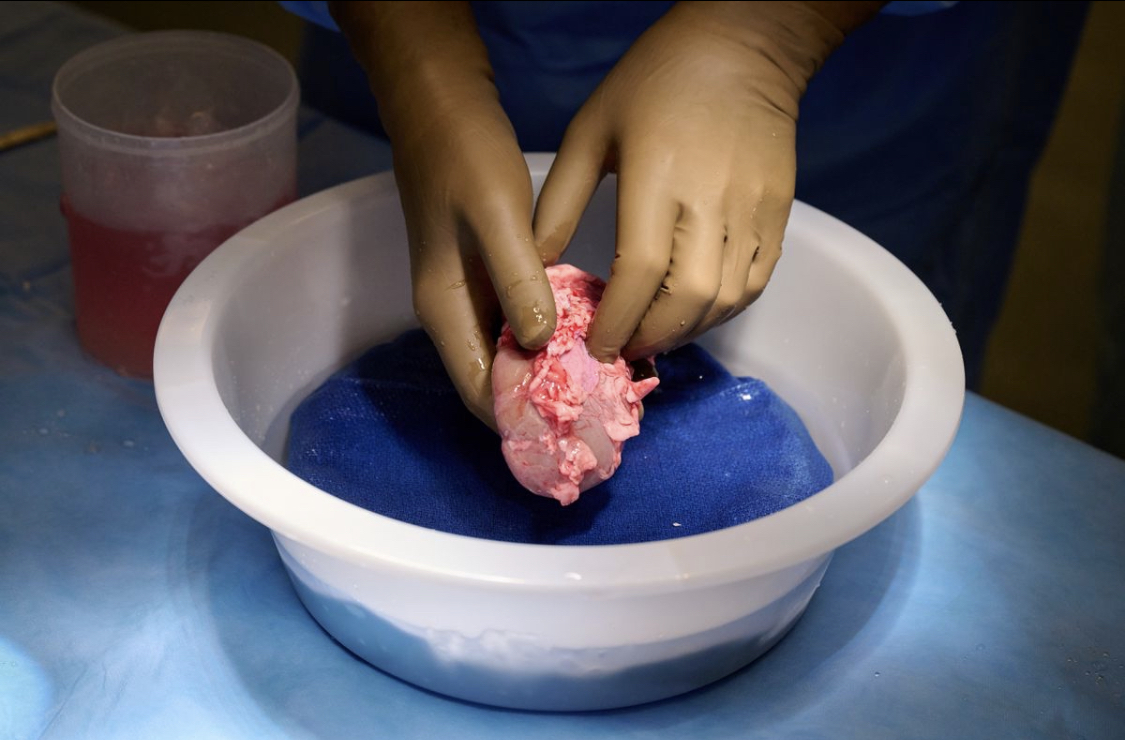 More than 100,000 people in the United States are waiting for an organ transplant, and as many as 90,000 are waiting for a kidney transplant, with an average wait time of three to five years. The number of uremia patients in China is more than 1 million, the urgent need for organ donors. If a temporary donor can be obtained as a transitional use, it will also prolong the lives of some patients.

With the development of gene editing technology, this problem has shown a major breakthrough. In the latest pig kidney transplant, the researchers explained that animal kidney after implantation in the human body, did not produce immediate rejection, because transplants are using genetically edited pig kidneys, knock in pig tissues in addition to a gene called galactose, such genes tends to trigger the rejection.

The transplanted kidney is attached to the body's blood vessels but left outside the body to allow researchers to see the organ. During a 54-hour observation period after the kidney transplant, the study leaders, Robert MIDdot; "Creatinine, a measure of kidney function, appeared to return to normal, and urine production was comparable to that of a human kidney transplant, without the intense early rejection reaction seen when unedited pig kidneys are transplanted into non-human primates," said Dr Robert Montgomery, a professor of kidney science at the University of Pennsylvania.

The consent of the patient's family was obtained and ethical and legal advice was sought before the consent was obtained. United Therapeutics, the company developing the gene-edited pig, called GalSafe, received FDA approval in December to develop a potential human treatment.

Dr Montgomery said the success of the first pig kidney transplant could pave the way for human trials in patients with advanced renal failure as soon as one to two years later. These animal organs can provide short-term life transition support for critically ill patients who are waiting for human organ donors.

He added that because the latest trial only looked at kidney retention in the body for three days, larger human trials in the future could uncover new problems and pose new challenges to the technology.

But medical products developed from animals still require specific FDA approval for use in humans, the FDA said. Other potential treatments include cardiovascular disease and skin grafting.

Chinese researchers are also exploring the possibility of animal organ transplants. Zhu Tongyu, director of the Shanghai Key Laboratory of Organ Transplantation and chairman of the Shanghai Medical Association Organ Transplantation Branch, told China Business News: "In the latest trial,In the animal to the human body after organ transplantation, successfully overcome the organs from animals to human xenotransplantation inevitable super impromptu (48 hours) rejection, which means that at least can be use as a short-term transition, the next step is to study acceleration rejection (48 hours - 5 days), acute rejection (more than a week) and the effects of chronic rejection."

According to Zhu Tongyu,There is less ethical debate about conducting such a trial on brain-dead patients, but more scientific data is needed on whether the trial can be expanded to normal patients in the future."If the data proves safe in humans, it could be a big step towards future human trials." Zhu Tongyu told China Business News.

More than a million people in China now suffer from uremia, he said, citing statistics. The latest data shows that there are 700,000 registered hemodialysis patients in China alone, and there is a huge demand for kidney donors. Despite China's rapid development in the field of clinical organ transplantation, there is still a gap between China and the United States in basic research, Zhu said. "So I've beenIt is called on to strengthen the investment and exploration of organ transplantation basic technology in line with international standards."Said Zhu tongyu.

Zhu said the technology for modifying organs has become more mature than in the past, thanks to rapidly advancing gene-editing technology. In addition, stem cell culture is also a way to regenerate organs, such as the heart and liver.

For the first time ever! Pig kidneys have been implanted into humans in the United States

Related news
US space force
Google AR AI visual world cultural heritage microbeauty hologram (WIMI.US) digital display PK traditional model
+2349031459947 # HOW TO JOIN OCCULT WITHOUT HUMAN SACRIFICE
For the first time ever! Pig kidney transplanted into Human body in US
¶∆¶+2348034806218¶∆¶HOW TO JOIN ILLUMINATI FOR WEALTH, FAME,
¶∆¶+2348034806218¶∆¶HOW TO JOIN ILLUMINATI FOR WEALTH IN DUB
@@+2349022657119.. I WANT TO JOIN OCCULT FOR MONEY RITUAL IN
Hot news this week
Young people can't change their mobile phones one brother pressure in the channel inventory up to 50 million
Chinese mysterious female rich 560 million buy European luxury homes: the full amount of cash is paid at a time
Criminal gang candid courier list takes the money 8 people to be arrested
Do you make feed after Yi Lord? Zhenghong Technology M & A has mystery
Internal personnel have caused players to contradict? Netease "Yin Yang Shi": Impossible!
The first pop -up shop in the United States opened, Bubble Mart opened the North American expansion plan
The goose factory is finally making a move on the metasverse?
With this charging treasure that can legal "stealing electricity", I don’t worry about the mobile phone out of power
Tesla has lost nearly $600 million after the richest Chinese lost 89% of his net worth in the bitcoin crash
Son's bet that ARM's listing will boost SoftBank's stock price?
The most popular news this week
The U.S. Supreme Court abolished abortion rights and caused uproar and big waves of technology leaders to oppose them
Ali Sports changed its name to Orange Lion Sports, and stadium operation became its key business
Alisports responded to the change of name of "Orange Lion Sports" : "The situation is true and the change process is in progress
Physical plug -in! Huawei Nova 10 is expected to be equipped with 5G mobile phone case
Huawei's new phone outlook: Snapdragon Chip image enhancement is huge
Qinling Yang's figurine found fingerprint marks netizens directly called strong: experts revealed the secrets
Intel custom special EDITION DDR5 12 Generation Core memory overcaged by 61.7MHz
U disk artifact upgrade Crack Microsoft Win11 22H2 forced requirements
SMIC: firmly supports the domestic chip industry chain
Small screen flagship and Android 13: In the future, it can still be promoted to Android 16