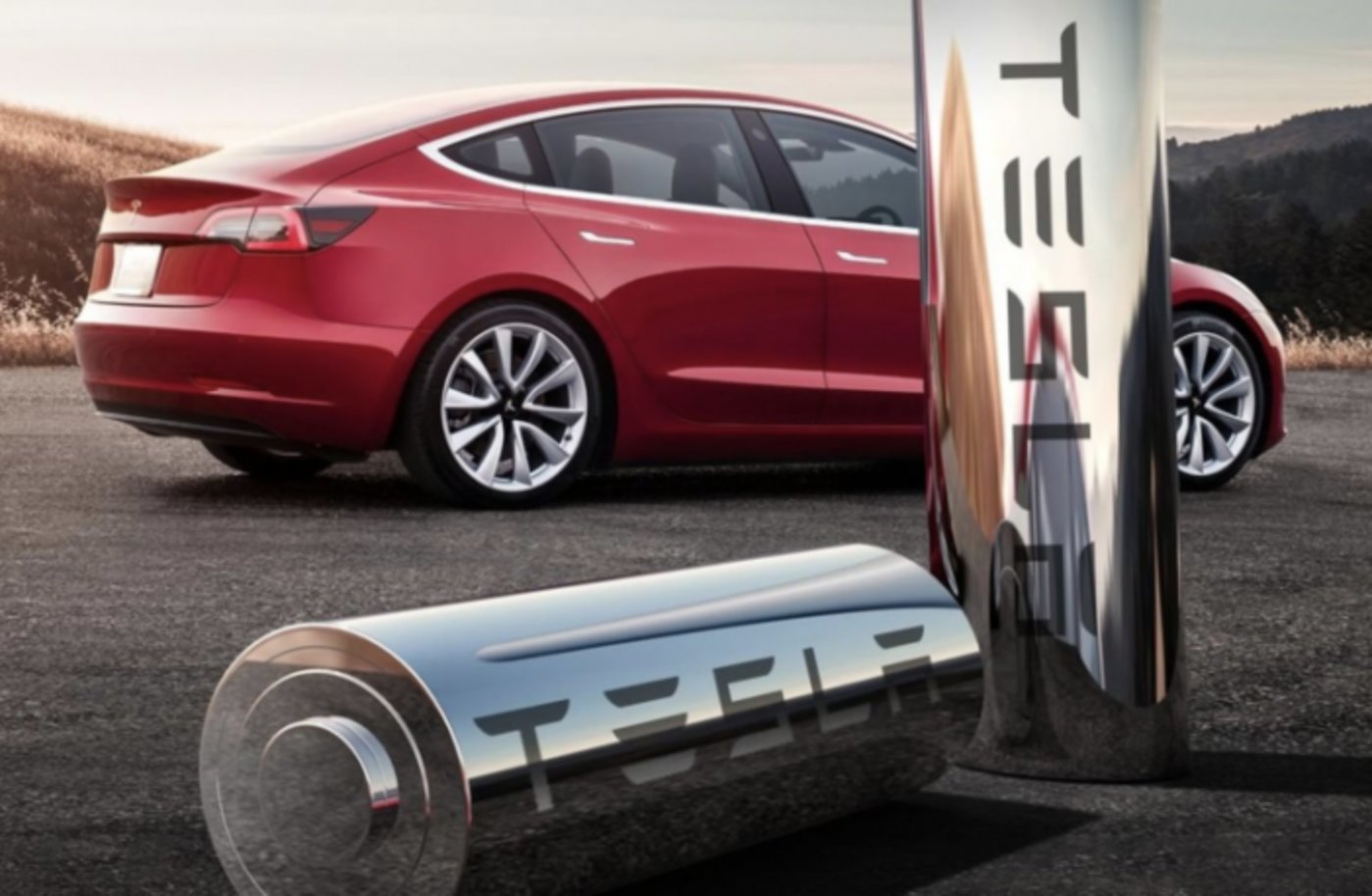 On October 21, Tesla released its third-quarter 2021 earnings. Tesla delivered 240,000 vehicles during the reporting period, up 73% from a year earlier.

Thanks to a sharp increase in sales volume and continuous reduction in operating costs, Tesla posted revenue of $13.757 billion in the third quarter, up 57% from the same period last year. Operating profit of $2 billion, operating margin of 14.6 percent, net profit of $1.6 billion. It was Tesla's ninth consecutive quarter of profitability, while net income increased nearly fourfold from a year earlier.

In its earnings report, Tesla forecast that operating margins will continue to grow over time and will continue to lead the industry with capacity expansion and ongoing localization. Tesla vehicle deliveries are expected to achieve an average annual growth rate of 50% over the next few years.

Tesla's cars are getting cheaper.

In terms of sales data, Tesla's vehicle sales in the third quarter are mainly Model 3 and Model Y, which are the underpriced vehicles in Tesla's products. At the same time, tesla's third-quarter delivery share declined year-over-year due to Model S and Model X updates, with lower-priced vehicles making up a higher percentage of tesla's product sales mix.

Tesla's operating profit improved further in the third quarter compared with the same period last year, rising to $2 billion, with an operating margin of 14.6 percent. The current profit level comes on top of a $190 million share-payment charge tesla incurred in the third quarter to honor its 2018 CEO stock incentive, as the company is more likely to meet new operational milestones.

In terms of production capacity, Tesla currently has four factories around the world.

Tesla's California factory is at full capacity, having produced more than 430,000 vehicles in the past four quarters. The Texas plant is commissioning the equipment and starting to build the first test production vehicles. In the third quarter, The Shanghai plant in China was Tesla's main export center. In September, Tesla China reached a new sales record of 56,006 vehicles, up 27 percent month-on-month and 394 percent year-on-year. The Factory in Berlin, Germany, is testing production equipment, and Tesla expects to receive final production permits by the end of 2021.

As for planning for subsequent production capacity, Tesla said it expects vehicle deliveries to grow at an average annual rate of 50 percent over the next few years. The growth rate depends on equipment capacity, operational efficiency and supply chain capacity and stability. At the same time, Tesla said it has sufficient liquidity to support its product roadmap, long-term capacity expansion plans and other expenses.

Tesla reported $16.1 billion in cash and equivalents for the third quarter, down from a year earlier, mainly due to $1.5 billion in net debt and the repayment of finance leases, partially offset by $1.3 billion in free cash flow.

On the battery front, new news is that Tesla will switch to lithium iron phosphate batteries for its standard range models worldwide.

Previously, Tesla released the 4680 battery in September 2020, which is tesla's own project. Musk has claimed that the new 4680 battery will increase energy density by five times, range by 16 percent, and power by six times while improving costs.

At present, 4680 self-produced battery project is still in progress. Tesla says it is producing more battery packs for testing, and the results so far have met current expectations. Gigafactory is currently producing front and rear body castings for structural battery pack architecture.

On autopilot, Tesla continues to test and expand the use of a new version of its autopilot assistance system, FSD (full autonomy). In October, Tesla began rolling out a Beta version of the City Road FSD to more drivers, based on the safety and concentration levels of drivers certified by its "safety Score" system. The so-called "safety score" system means that Tesla actively monitors braking, steering, following the car in front (unsafe following), front collision warning and automatic assistance driving forced disengagement to predict the possibility of a collision. The system will continue to be optimized as more data is acquired.

In early October, Tesla launched its first internet-connected car insurance product based on a "safety score" feature in Texas. Tesla says its premiums reflect collision rates more accurately than any other insurance product on the market. According to Tesla, 150,000 Tesla models have been added to the "safety Score," and users who use the feature are 30% less likely to have an accident.

Notably, it was also in the third quarter that the National Highway Traffic Safety Administration (NHTSA) launched an investigation into Tesla's autopilot assistance system. NHTSA has asked Tesla to provide detailed information on how the vehicle will respond to an emergency in autopilot mode, among other things.

In response to the investigation, Tesla said it has been cooperating with U.S. regulators and is open to scrutiny, adding that tesla puts safety at the heart of its vehicle development and will make its software development progress as public as possible.

In addition, Tesla is exploring other businesses besides manufacturing and selling vehicles to seek new profit growth.

In the third quarter, Tesla updated its mobile app to include the ability to open multiple vehicles at the same time with the phone key and the ability to send commands to the vehicle immediately after opening the app. The app also integrates purchasing upgrades, subscriptions and other ancillary features. Tesla has also added Disney+ streaming video service, Sky Force Reloaded rolling arcade shooter, and Car Wash.

Tesla reported $894 million in revenue from services and other businesses, including subscriptions to self-driving software.

Related news
NVIDIA Tesla v100s low-key release: full speed up to turn into Tu Haojin
13 years of history NVIDIA gave up Tesla brand in a low-key way: name collision with electric vehicles
NVIDIA gives up Tesla brand in a low-key way: because of its name collision with famous electric vehicles
+27715451704 @Selling of Pure Gold nuggets and Gold Bars for
Hot news this week
Titanium Media Publish Assesum: People's Bank: Digital RMB Winter Olympics pilot has entered the sprint phase; Tesla announced that 250,000 Powerwall energy storage power stations have been installed
Capital does not love SAIC, "flying" subsidiary, Jet Hydrogen Technology intends to go to science and technology board
Study on the sequelae of COVID-19 in the Chinese team: Shortness of breath, depression and other problems still existed nearly one year after discharge
Great Wall electric car goods wrong board! Little sister rights: female car owners are not stupid money
Tencent responded to "APP to get ridiculous": Upgrade APP is now downloaded for user rights protection
US media: If it is unable to quickly solve the problem of incomplete behavior in the company, the moving Blizzard CEO will consider resignation
Gree announced the implementation of the double-holiday work system Dong Mingzhu from the media voice netizen God reply
Wechat: It will not be possible to create an account for controlling comments and Revelations related to star artists
Netease Cloud Music will soon be listed on the back of 200 million monthly live users how to make money
The ninth batch of online anchor warning list announced Wu Yifan, Zheng Shuang and other 88 people in column
The most popular news this week
Huawei Watch GT 2/2E Upgrade: Download third-party apps
Miit: China's 5G terminal users reach 450 million! Accounting for more than 80% of the world
Sources say tesla's German plant will start production in December, while Volkswagen's Audi will start production of the Q4
The first batch of invited to become Apple ecological developers, Bunkes launched a variety of Magsafe accessories
Intel ignition level 56 core bubble! AMD can go to sleep
5G Core Standard Essential Patent Competition: Huawei Wins again!
MIUI development version upgrade! 4G was "discriminated against"
Tea Party CEO Tan Jong: Bringing together youth and women to build a new future for Asia
The birth of the Chinese own genetic variability is named "female 娲"
The most dead industry: the Internet can only row the second first thoughts