"Used car salesgirl" appeared on the webcast platform: netizens were angry because of their exposed clothes

After various "yuans" such as Buddha yuans, sick yuans and children yuans, the "second-hand car sales yuans" appear on the webcast platform.

In this regard, some people in the second-hand car industry said that they do not dislike inviting beautiful women to sell cars live, but this kind of marketing behavior of playing pornographic edge ball has lowered the grade of the whole industry. They hope that the used car industry can return to the right track of competing for quality, rather than blindly being more beautiful and explicit than whose female anchor.

In October 22nd tiktok giggle and flirt account, people's car, released a video. People's daily live cars were frequently seen in the short social media platform. In order to get the eyeballs, female anchors often dress and make a gesture. They use various sexy gestures and provocative words to hit pornographic edge ball.

A Jimu news reporter searched a short video platform and found that, unlike previous used car bloggers who were almost all men, some young women with exposed clothes were selling used cars on the platform. The marketing short videos shot by some second-hand car dealers are also bold and explicit, including some soft pornographic content. In addition, some female anchors publicly shouted "Dad" to the top fans in the live studio.

Some netizens jokingly called these female anchors "used car saleswomen", calling on relevant departments to vigorously rectify this chaos and create a clean and bright network environment. Some netizens also believe that such explicit live broadcasting does not only exist in the second-hand car live broadcasting industry, but also in other industries, which requires the platform to fulfill its audit obligations.

The reporter learned from some second-hand car dealers that in the past, there were few girls in the second-hand car industry. Now, with the continuous development of internet live broadcasting, many beauty netizens have joined this industry.

Talking about the professional level of some beautiful anchors, the above-mentioned Xi'an second-hand car dealers frankly said that they have a large gap compared with those who specialize in second-hand cars. "Because the second-hand car related knowledge needs long-term accumulation, it can't be mastered in a day or two. There are many mistakes in some professional knowledge told by some beautiful anchors in the live broadcast." he hopes that the second-hand car industry can finally return to the right track of competing for quality, rather than blindly looking better than whose female anchor or whose female anchor is more explicit.

Some media have also criticized and pointed out that this means of obtaining traffic through sexual suggestion, which is separated from the activities and products themselves, has long been separated from the normal marketing category and wandered on the edge of law and morality. 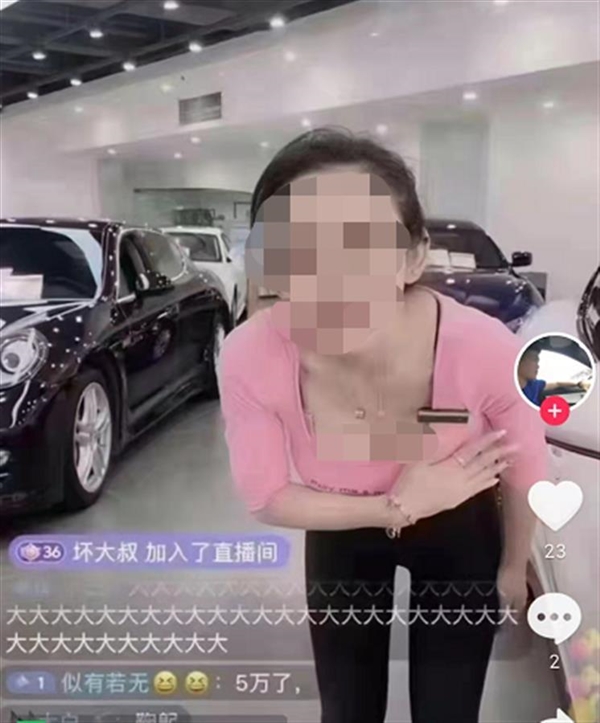 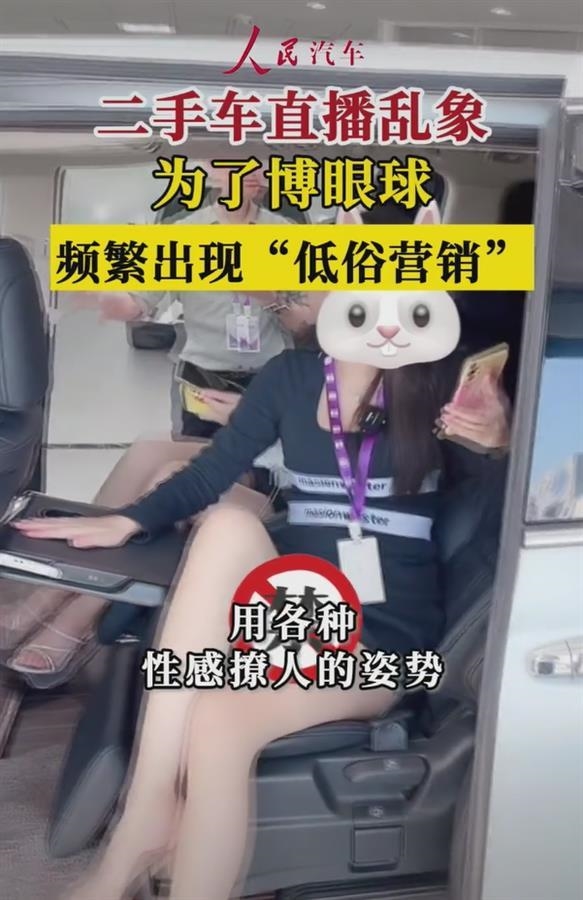 Related news
Apple's new patent exposure: Apple car completely subverts the current car design
The new patent shows that Apple car may have its own MagSafe charger alignment system
Adults try on UNIQLO children's clothes to show their figure?
"Used car salesgirl" appeared on the webcast platform: netizens were angry because of their exposed clothes
Hot news this week
European Telecom I hope that the US science and technology giants bear the cost of network construction
5G Core Standard Essential Patent Competition: Huawei Wins again!
Sources say tesla's German plant will start production in December, while Volkswagen's Audi will start production of the Q4
WeChat "intercom" upgrade: point-to-point open external chain, group chat can access e-commerce class chain
Blue factory to create a new generation of mobile phone OS official announcement! Thoroughly remould oneself
It's not just Apple and Google! Samsung wants to reduce its dependence on Qualcomm by boosting its chips
The news said that Iqiyi lay off 20% -40%! The official responded: no deny
Australia pushes new libel laws to force Twitter and other platforms to reveal the identities of "keyboard warriors"
The latest variant of the new crown emerged in early November: new State of New York has entered a catastrophic state of emergency due to the outbreak
The first batch of invited to become Apple ecological developers, Bunkes launched a variety of Magsafe accessories
The most popular news this week
Never go back! Apple's generation of classic machines is closing
Kylin flagship Soc support! Huawei's new flagship Mate has been revealed to have a different look
120 seconds to see this year's only day full food: faint black picture spectacular!
The manufacturer of qualcomm U was questioned by big V! The executive wanted to laugh
China led: World's first international cyclotron standard released
Omicron from an AIDS patient? One expert came up with a new conclusion: Too surprising
The first AD for the Snapdragon 8 flagship phone is here! The pictures are the most beautiful
Wikipedia's first entry, "Hello,World! Will be auctioned as NFT digital art
Tesla's market value evaporates by $70 billion overnight Musk cashes out $10.9 billion a month
National Post Office: Anti-"Inside Volume"!