China Disease Control Center: This winter is a new crown and influenza superposition

Previous studies have pointed out that by new crown epidemic epidemic prevention measures, global flu patients have greatly reduced, and even partial flu viruses seem to have been extinct. B / Yamagata Lineage, one of the four main strains of influenza virus, has failed around the world for 18 months.

The influenza has a seasonal infectious disease. In China, in winter and spring, there is a good time in winter, and then the trend of China's flu will trend this year? Experts from China CDC give the answer.

According to media reports, recently, at the Press Conference of the State Council's joint defense mechanism, the disease control experts explained the epidemic trend of autumn and winter and new crown epidemic epidemic prevention.

In this regard, experts have judged,This winter, spring will appear in the epidemic, if there is a new crown epidemic, then there is still the risk of superimposed popularity in respiratory infectious diseases such as new crown.

Wang Huaqing pointed out,The flu vaccine is the most important means of preventing flu, especially for infants, elderly, and reducing the risk of complications after vaccination.However, inoculation of influenza vaccines does not replace new crown vaccines, and the time interval of vaccination of new crown vaccines and flu vaccines should be more than 14 days.

It is understood that the medication of ordinary colds and epidemic colds is different. In addition, the symptoms of the two are different. Therefore, it is necessary to pay attention to distinguishing the doctor in time.

Ordinary cold symptoms: early pharyngeal deck itching or burning, sneezing, nasal congestion, runny, starting for water sample nose, 2-3 days after thickening, can be associated with throat. Generally no heat and systemic symptoms, or only low heat, headache. If there is no compact bacterial infection, it is generally cocoa to 50 days.

In addition, some patients will have funny, nasal congestion, dry cough, chest pain, nausea and other symptoms. Sometimes accompanied by gastrointestinal symptoms such as vomiting, diarrhea, etc. 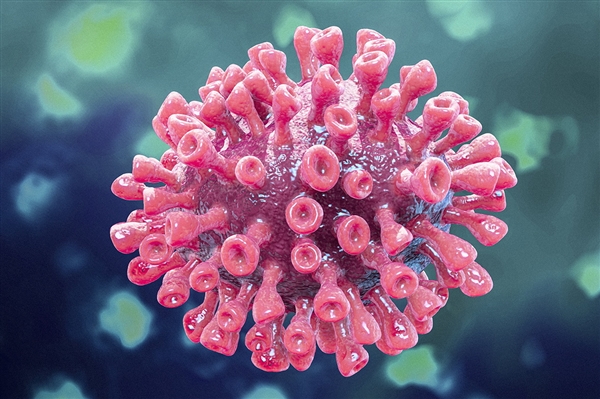 Related news
Semicon China: Huawei and Exxon bring semiconductor intelligent quality inspection and measurement solutions
Glory high-tech products help team China's national team set out to show China's business card to the world
China Vows Full Carbon Neutralization for Beijing Winter Olympics
Hot news this week
Apple store staff committed suicide due to work pressure?
Xiaomi has issued a patent for autonomous driving, which can automatically adjust its driving ability according to the road class
Jiangsu Bank's Beijing branch was fined 4.9 million for "seven crimes" involving the illegal issuance of loans
U.S. inflation blasts Nearly half of households aim to live: the price of the commodity has gone up outrageously
Huawei has released a patent on the packaging structure that solves the problem of black spots on display panels
More than 20,000 domestic Model Y "broken shaft" recalls Tesla's ability to dump pots surprised netizens
Alipay announces automatic identification of automatic identification of vehicles to enhance the quality of drivers
Browser Search Engine Giants Quasi-Upgrade Microsoft to issue an unsafe warning to 2 billion Chrome users
Could new SEC rules prevent Chinese companies from listing in the US? The Foreign Ministry responded: firmly opposed
The U.S. blocked Avista's acquisition of chip giant ARM, fearing it would hurt competition and neutrality
The most popular news this week
US group public bag app: system network abnormal recovery rider can be delivered normally
Visa CFO: The company can solve the problem with Amazon, and the relationship will resume as it did
Yumei Technology responds to employees: there is cash compensation and option compensation, and the company operates normally.
Abandon ARM! Huawei's all-self-research chip announced: new architecture CPU plus holding
It is 200 million to learn Tesla Volkswagen will be involved in clean energy construction.
TNGA + hybrid! Toyota's flagship Sedan in China looks a lot like a Lexus
Liang Jianzhang: The real universe will certainly prevail over the meta-universe, which may bring population risks and technological stagnation
Google Chrome now supports scrolling screenshots on Android 12 phones
SONY's Employee Innovation Competition in China is on display for the first time: here is the source of "black technology"
Huawei new PC processor "Pangu" exposure! Alternative Intel / AMD