Do you agree? Expert: Long vacations should be suspended during epidemics

In recent days, the number of people infected by the epidemic, with tour groups as the main chain of transmission, has been increasing.In just 8 days, the current outbreak has affected 11 provinces and cities, including Shaanxi, Ningxia, Inner Mongolia, Beijing, Gansu, Hunan, Guizhou, Hebei, Hubei, Qinghai and Sichuan。 The number of positive cases of the Ejina flag in Inner Mongolia is growing rapidly.

According to media reports, in addition to the 14 cases in Inner Mongolia, and one case in Shijiazhuang, Hebei Province has not yet found the source, the remaining positive cases are directly or indirectly related to the Inner Mongolia Yijina flag, a total of 169 people (as of the evening of October 25).

Jiang Qingyi, an epidemiologist and former dean of Fudan University's School of Public Health, said in an interview, according to Chinese philanthropists.The wider spread of this outbreak is due to the public's lax thinking on epidemic prevention.He said the outbreak occurred during the long holiday period after high population density, frequent contact, the source of infection spread within a certain range.

Now the virus has a characteristic is that the symptoms are very light, not easy to find, the vast majority of infected people belong to asymptomatic or mild symptoms, not easy to be detected, the direct result is that when found on the sudden emergence of several cases.

Referring to the question of "holidays are often a season of high virus transmission and how people should avoid them",Jiang Qing-wu said the country should suspend long vacations when the epidemic is over.

According to the National Health and Health Commission,On 25 October, at 0:mdash; at 2400 hours, 43 new confirmed cases were reported in 31 provinces (autonomous regions, municipalities directly under the Central Government) and the Xinjiang Production and Construction Corps. 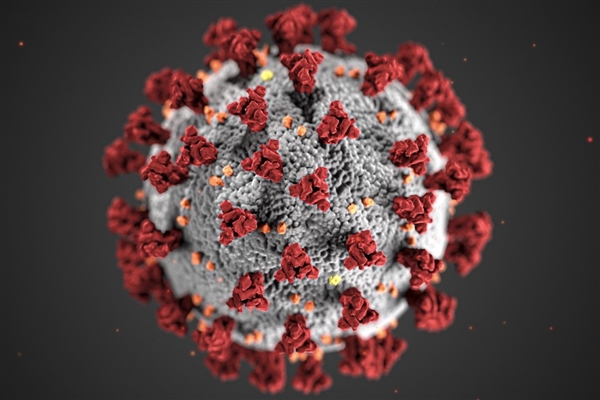 Related news
Microsoft To-Do officially landed on macOS platform (figure)
Microsoft releases To-Do 2.0 to encourage users to migrate from wonderful lists
Microsoft has released a completely new to-do application. Do the old users of the Magic List stick to it?
A series of new studies may explain why some people have long cowid symptoms
Hot news this week
Apple store staff committed suicide due to work pressure?
Xiaomi has issued a patent for autonomous driving, which can automatically adjust its driving ability according to the road class
U.S. inflation blasts Nearly half of households aim to live: the price of the commodity has gone up outrageously
Jiangsu Bank's Beijing branch was fined 4.9 million for "seven crimes" involving the illegal issuance of loans
Huawei has released a patent on the packaging structure that solves the problem of black spots on display panels
More than 20,000 domestic Model Y "broken shaft" recalls Tesla's ability to dump pots surprised netizens
Alipay announces automatic identification of automatic identification of vehicles to enhance the quality of drivers
Browser Search Engine Giants Quasi-Upgrade Microsoft to issue an unsafe warning to 2 billion Chrome users
Could new SEC rules prevent Chinese companies from listing in the US? The Foreign Ministry responded: firmly opposed
The U.S. blocked Avista's acquisition of chip giant ARM, fearing it would hurt competition and neutrality
The most popular news this week
Zhang rural video explosion two months rose powder 15 million Chinese fire protection can not watch
The flagship Redmi K50 of the year has finally surfaced! Too strong
This month decided to give rights and interests package Of Euler cars in response to the "stolen chip" incident
AMD YES! Musk praises Tesla's 'Witcher 3'
Standard Snapdragon 8 Gen1! Exposure millet 12 Pro released this month: screen specifications are higher
A Japanese billionaire has flown to the International Space Station on the most expensive charter flight in history
US group public bag app: system network abnormal recovery rider can be delivered normally
Visa CFO: The company can solve the problem with Amazon, and the relationship will resume as it did
Yumei Technology responds to employees: there is cash compensation and option compensation, and the company operates normally.
Abandon ARM! Huawei's all-self-research chip announced: new architecture CPU plus holding