Ali Tencent and other Internet employees by pit miserably! The principal landlord plans to run away with the money in 3 years

According to reports, recently a topic # a principal landlord in Wangjing, Beijing, involved in a case of 10 million # has sparked heated discussion. It is reported that the number of employees of Alibaba, Tencent, Meituan and other Internet giants who were involved in the scam may amount to 10 million.

According to the report,There are rumors that there is a principal landlord in Wangjing, Beijing, who has worked in wangjing rental area for more than three years, but suddenly ran away and cheated many programmers. The upstream channel of the house involves well-known intermediaries such as Freely, Lianjia and I Love my Family, and the amount involved is more than 5 million yuan.

According to the source, the principal landlord, surnamed Zhang,The house from Freely, Lianjia, I love my family will be the house, and then at 20% lower than the market price, lease to the customer, adopt &LDquo Receive tenant to pay rent every year, monthly pay intermediary ” To take the money and run.When the agency found out, the tenants were forced to move by force.

The victims were mostly Employees of Internet companies, not just programmers, according to sources contacted by the media.The current tenants mainly involve employees from Meituan, Alibaba, Xituoyu, 360, Huawei, Siemens, Momo, Douyin and other companies.

One of the parties revealed that the primary landlord claimed to be a former employee of an Internet company. His family had bought many houses and rented them out. The main way was to invite people who had rented his house to post a post on the Intranet of his company for rent.

More importantly, tenants who spoke to each other after the incident found out,The property ownership certificates provided by this principal landlord were all fake. He photoshopped his name on them. At the same time, he also rented a house to different tenants, managed to borrow money from the tenants, and even induced the tenants to choose to buy the rented house in the form of renting instead of buying.

According to the report,At present, many tenants have reported to the police, and the Public Security Bureau has officially registered an investigation.But didn't reveal much, just told them to wait. 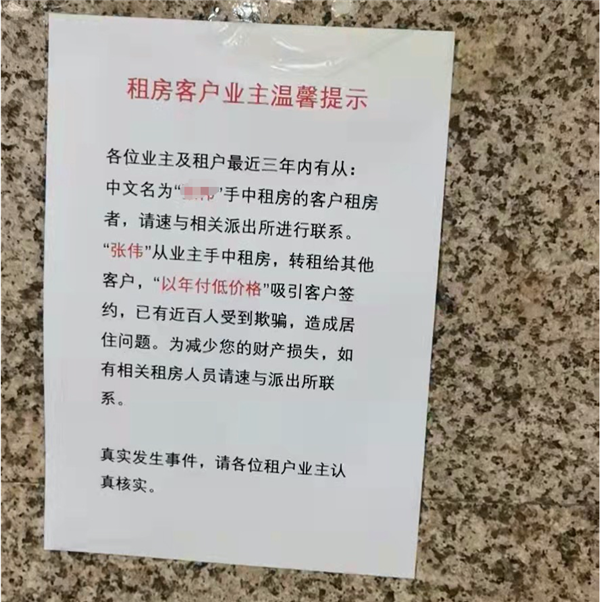 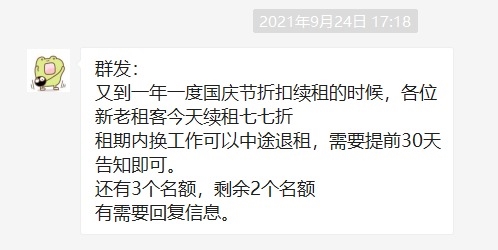 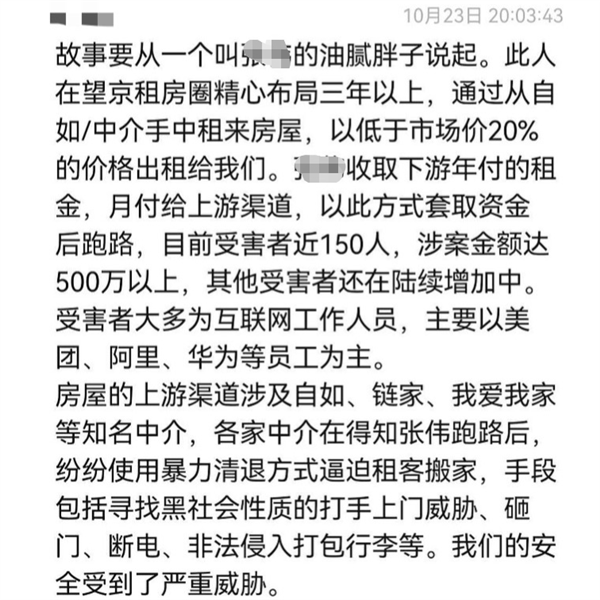 Related news
Internet Archive: recording the forgotten Internet
Money Spells to Attract Money Instantly +27836633417
+2349025235625 I want to join occult for money
+2349031459947 %%π¶ I want to join occult for money ritual
+2349031459947 ## Where to do money ritual in Nigeria....
Hot news this week
Apple store staff committed suicide due to work pressure?
Xiaomi has issued a patent for autonomous driving, which can automatically adjust its driving ability according to the road class
U.S. inflation blasts Nearly half of households aim to live: the price of the commodity has gone up outrageously
Jiangsu Bank's Beijing branch was fined 4.9 million for "seven crimes" involving the illegal issuance of loans
Huawei has released a patent on the packaging structure that solves the problem of black spots on display panels
More than 20,000 domestic Model Y "broken shaft" recalls Tesla's ability to dump pots surprised netizens
Alipay announces automatic identification of automatic identification of vehicles to enhance the quality of drivers
Browser Search Engine Giants Quasi-Upgrade Microsoft to issue an unsafe warning to 2 billion Chrome users
Could new SEC rules prevent Chinese companies from listing in the US? The Foreign Ministry responded: firmly opposed
The U.S. blocked Avista's acquisition of chip giant ARM, fearing it would hurt competition and neutrality
The most popular news this week
Zhang rural video explosion two months rose powder 15 million Chinese fire protection can not watch
The flagship Redmi K50 of the year has finally surfaced! Too strong
This month decided to give rights and interests package Of Euler cars in response to the "stolen chip" incident
AMD YES! Musk praises Tesla's 'Witcher 3'
Standard Snapdragon 8 Gen1! Exposure millet 12 Pro released this month: screen specifications are higher
A Japanese billionaire has flown to the International Space Station on the most expensive charter flight in history
US group public bag app: system network abnormal recovery rider can be delivered normally
Visa CFO: The company can solve the problem with Amazon, and the relationship will resume as it did
Yumei Technology responds to employees: there is cash compensation and option compensation, and the company operates normally.
Abandon ARM! Huawei's all-self-research chip announced: new architecture CPU plus holding