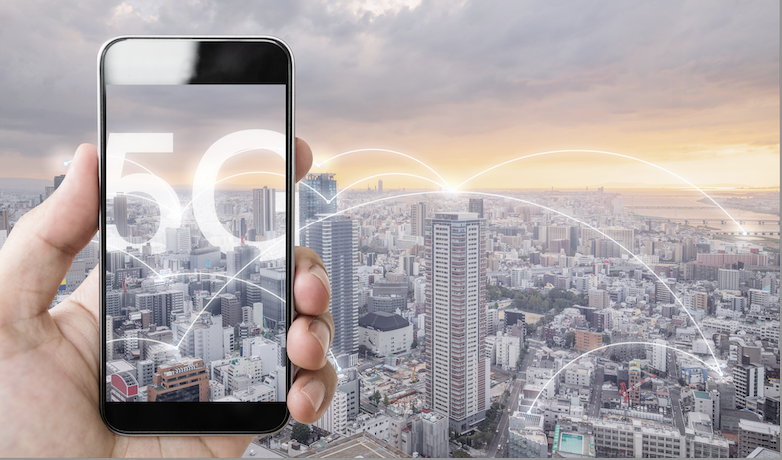 Dingqiao Communication Technology Co., Ltd. was established in 2005 in Beijing, committed to the development, sales and service of TD-SCDMA wireless access network equipment.

The company is a wholly owned foreign enterprise jointly established by Siemens Communications Group and Huawei Technologies Co., LTD., with a total investment of over 100 million US dollars, in which Siemens and Huawei hold 51% and 49% shares respectively. Deng Biao, general manager of Dingqiao communications, has worked for Huawei for 22 years, and Xu Zhijun, huawei's rotating chairman, is a director of Dingqiao Communications.

Ding Qiao communication has long been committed to the construction of b-end industry private network, and has no experience in c-end products. "Private network products include terminal phones, but they are not the smart phones we are familiar with," Deng said. "The phones used in private networks are bigger and thicker than the smart phones we are familiar with. Although the hardware and software have some similarities, they are not the same thing."

Because there is a big difference between 2B and 2C products, Deng Jun said that it is difficult for the original team of Dingqiao to produce N8 Pro mobile phone, and it is most likely that someone from Huawei's consumer business team will be in charge of r&d and stick the brand of Dingqiao. "Dingqiao has done a lot of similar things, because dingqiao does not do research and development in the field of equipment supply for operators. Many base stations and wireless products use Huawei technology and stick the brand of Dingqiao." Deng jun said.

However, after the launch of Dingqiao N8 Pro, it has not been sought after by consumers, and the number of comments on the product in jd Flag store is still zero. Most consumers' concern lies in the low cost performance of the phone, "The price of 2,499 yuan can not be higher, I would rather buy a second-hand Mate 30 Pro with this money." Some consumers compare it with HONOR 30, "The same Kylin 985 chip can also upgrade hongmeng system, my HONOR 8+256GB only 2900 yuan."

As a matter of fact, Huawei has been launching new phones with partners since the chip supply was cut off. This year, huawei has cooperated with China Mobile, China Unicom, China Telecom and TCL to produce mid - and low-end phones priced around 2,000 yuan. But it didn't make much of a splash in the market.

Previous visits to offline stores by Time Finance found that although these phones are not labeled with huawei's brand, the employees and customers will assume that they are Huawei phones when promoting them.

"The profit from Huawei's cooperation with other companies is actually very low, but these actions mean that Huawei's mobile phone business is still going on, which is very important as there are a lot of mobile phone development teams within Huawei." A mobile phone industry analyst once told Time Finance.

Related news
The new HUAWEI MateBook E evaluation: light office era self-help green paper
Disassembly report: Huawei 5g accompanied by WiFi Pro e6878-370
HUAWEI M-Pencil magnetic absorption keyboard HuaweiMatePad 10.8 experience
Disassembly report: Huawei WiFi 3
Hot news this week
Capital does not love SAIC, "flying" subsidiary, Jet Hydrogen Technology intends to go to science and technology board
Study on the sequelae of COVID-19 in the Chinese team: Shortness of breath, depression and other problems still existed nearly one year after discharge
Wechat: It will not be possible to create an account for controlling comments and Revelations related to star artists
Tencent responded to "APP to get ridiculous": Upgrade APP is now downloaded for user rights protection
WeChat Alipay personal collection code will not be used for business collection, digital currency sector rises
Big bang! Wechat, Alipay personal payment code can not be used for business payment, what is the impact on you?
Netease Cloud Music will soon be listed on the back of 200 million monthly live users how to make money
The Ministry of Industry and Information Technology has taken transitional administrative guidance measures against Tencent
1.6 billion yuan too cheap? BMW's $1.6 billion takeover of Brilliance's Factory in China has been called off
Interpretation of the more than Q3 financial results: dead agriculture shrink self-employment, transformed into "more farmers"? | the planet of wealth
The most popular news this week
Huawei's new 4G Hongmeng mobile phone has been certified with a maximum 40W fast charge
Can Apple bring iphones back from China and assemble them locally? Harvard Professor: Not a chance
Ren Zheng did not ask the hi Malayashan Huawei Hai Xi continued to expand: 2022 chip recruitment
State order: crack down on vulgar, violent online language
Ren Zhengfei asked to climb the Himalayas Huawei Hayes is not dead: 2022 continues to expand
The OLED of the jade is originally: 6999 yuan
Spain "Uprising News": Chip and Biden's obsession on China
TSMC Samsung and more than 150 other semiconductor companies submit chip confidential data U.S. statement: Very satisfied
In violation of prudential rules, a Bank of Beijing Shanghai branch was fined 500,000 and two of those responsible were banned from business
The third quarter of the third quarter was 0.2% year-on-year.