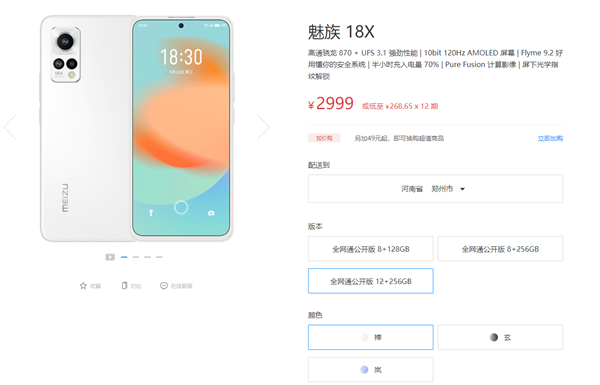 For Zen, a pure white phone with a white front, white middle frame and white back, the cost of the process has risen by an astonishing 300%, according to officials.

It is understood that this is the second white front panel model in the mobile phone industry this year, the first one is also from the Meizu 18 series white Dolphin limited edition.

Zhu Haizhou, product manager of NUT R2 that had introduced white panel before, has also pointed out that white panel technology is extremely difficult, from color, coating printing to fitting technology, tolerance difficulty, good rate and so on, each is a challenge, so at this stage most manufacturers will not do white front panel. 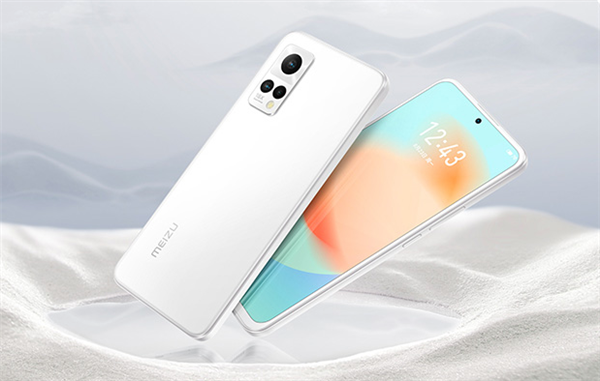 The Meizu 18X has a face screen with a center hole on the front, and the front hole is very small, making the visual effect extremely comfortable.

In terms of configuration, Meizu 18X is equipped with a 120Hz native 10bit screen, loaded with snapdragon 870, one of qualcomm's twin flagshipsthis year. It has a maximum 12GB of ram, full UFS 3.1 flash memory, and a 64 megapixel three-camera rear camera. It also comes with a large 4300mAh battery that can charge 70% in half an hour. 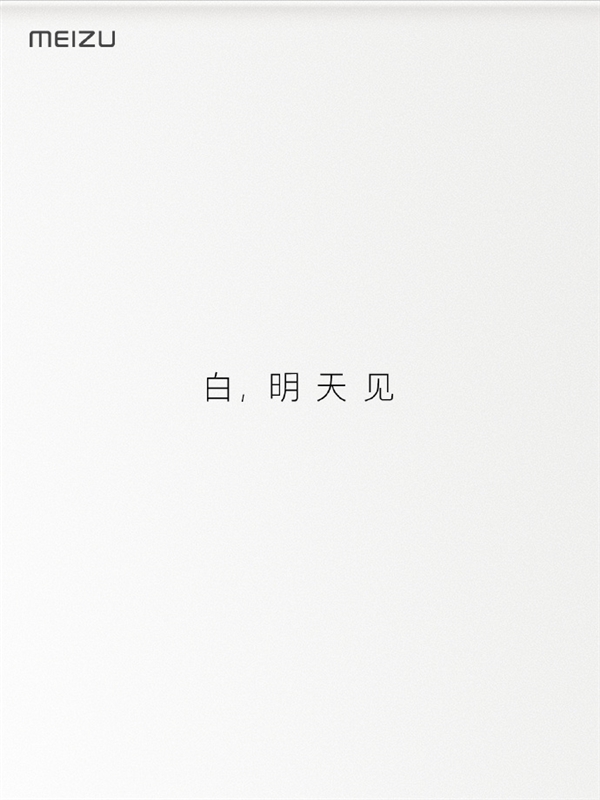 Related news
The linely group's best mobile processor of the year: God u Kirin 810 wins the title
Firefox Firefox 83 official release :15% increase in page loading into HTTPS-only mode
I Need My Ex Back With The Help Of A Spell Caster 2021/2022
Hot news this week
Titanium Media Publish Assesum: People's Bank: Digital RMB Winter Olympics pilot has entered the sprint phase; Tesla announced that 250,000 Powerwall energy storage power stations have been installed
Capital does not love SAIC, "flying" subsidiary, Jet Hydrogen Technology intends to go to science and technology board
Study on the sequelae of COVID-19 in the Chinese team: Shortness of breath, depression and other problems still existed nearly one year after discharge
Great Wall electric car goods wrong board! Little sister rights: female car owners are not stupid money
Tencent responded to "APP to get ridiculous": Upgrade APP is now downloaded for user rights protection
US media: If it is unable to quickly solve the problem of incomplete behavior in the company, the moving Blizzard CEO will consider resignation
Gree announced the implementation of the double-holiday work system Dong Mingzhu from the media voice netizen God reply
Wechat: It will not be possible to create an account for controlling comments and Revelations related to star artists
Netease Cloud Music will soon be listed on the back of 200 million monthly live users how to make money
The ninth batch of online anchor warning list announced Wu Yifan, Zheng Shuang and other 88 people in column
The most popular news this week
Huawei Watch GT 2/2E Upgrade: Download third-party apps
Miit: China's 5G terminal users reach 450 million! Accounting for more than 80% of the world
Sources say tesla's German plant will start production in December, while Volkswagen's Audi will start production of the Q4
The first batch of invited to become Apple ecological developers, Bunkes launched a variety of Magsafe accessories
Intel ignition level 56 core bubble! AMD can go to sleep
5G Core Standard Essential Patent Competition: Huawei Wins again!
MIUI development version upgrade! 4G was "discriminated against"
Tea Party CEO Tan Jong: Bringing together youth and women to build a new future for Asia
The birth of the Chinese own genetic variability is named "female 娲"
The most dead industry: the Internet can only row the second first thoughts