Shen NANPENG reduced his holdings of 1.38 billion yuan of shares of the three major technology companies, with the largest number of meituan 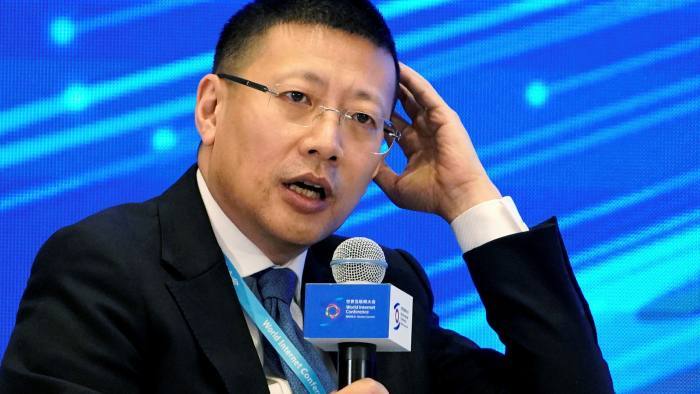 Phoenix technology news Beijing time on November 8, China's top venture investor Shen NANPENG has stepped up the sale of the three major technology companiesShares of meituan, pinduoduo and delivery platform dada group, a total of 215 million US dollars (about 1.376 billion yuan) was reduced.

Previously, Shen NANPENG's investment in meituan and pinduoduo helped him win the list of "the best venture capitalist in the world" by Forbes for many consecutive years. He is the most successful venture investor in Asia.His 53 year old net worth is expected to be $4.4 billion.(about 28.16 billion yuan)

"In China's investment community, first Shen NANPENG, and then everyone else."One industry admirer said, "he is the only one who has been a banker, entrepreneur and investor, which gives him an advantage."

Among the three technology companies, the one with the largest reduction of Shen NANPENG's holdings is meituan, which was fined $530 million last month. According to the documents of the Hong Kong stock exchange, Shen NANPENG first sold $55 million of meituan shares in September, which was Shen NANPENG's largest personal share sale at that time and his second sale of the company's shares since meituan's IPO. Then on October 25, Shen NANPENG reduced his holdings of 2.6746 million meituan shares held through his family investment vehicle, with a trading price of HK $287.13 per share and cash out of HK $768 million (about US $100 million). 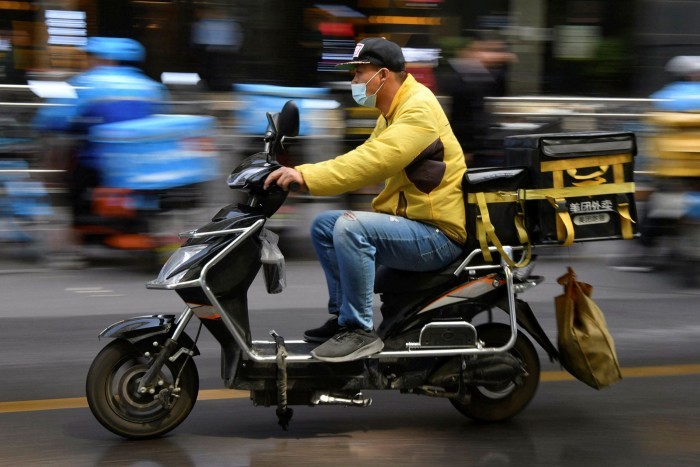 Shen NANPENG reduced his holdings of meituan shares the most

Since 2017, Sequoia Capital China fund founded by Shen NANPENG has invested US $370 million in pinduoduo through three rounds of private financing, with an average of $1.22 per share. According to form 144 of the U.S. Securities and Exchange Commission, on September 8 this year, when Shen NANPENG and his family investment vehicles started selling 280000 pinduoduo shares worth nearly $30 million, the share price of pinduoduo was $107. Pinduoduo's share price is now below the peak of $212 hit in February.

Shen NANPENG is currently a director of pinduoduo, and he may continue to hold pinduoduo shares.He has not responded to the sale of shares. Pinduoduo has yet to comment.

According to the 144 table data analyzed by Bradford Lynch levy of the legal evidence analysis laboratory of Wharton Business School, three pinduoduo executives, including Chairman and CEO Chen Lei, also sold the company's shares in September, cashing out about $7 million each. This is the first time that pinduoduo has disclosed the stock sale transaction since its listing in 2018.

"Form 144 data provides the only record of Chinese executives selling shares because the outdated disclosure rules of the U.S. Securities and Exchange Commission for foreign issuers allow foreign executives to effectively hide their transactions from investors," Lynch Levy said.

In addition, Shen NANPENG sold up to $30 million of dada shares in September. (author / Xiao Yu)

Related news
Gu Geyun's purchase price of cornerstone technology is unknown
Google cloud has acquired cornerstone technology and the price has not been disclosed
I URGENTLY NEED MY EX BACK WITH THE HELP OF A SPELL CASTER
It doesn't seem to be interested in selling apple softsilver
I NEED MY EX BACK WITH THE HELP OF A LOVE SPELL CASTER 2021
Mysterious new brand RX 6600 XT appears in China: infoscape OEM, his resurrection?
I Need My Ex Back With The Help Of A Spell Caster 2021/2022
Hot news this week
Capital does not love SAIC, "flying" subsidiary, Jet Hydrogen Technology intends to go to science and technology board
Study on the sequelae of COVID-19 in the Chinese team: Shortness of breath, depression and other problems still existed nearly one year after discharge
Wechat: It will not be possible to create an account for controlling comments and Revelations related to star artists
Tencent responded to "APP to get ridiculous": Upgrade APP is now downloaded for user rights protection
WeChat Alipay personal collection code will not be used for business collection, digital currency sector rises
Big bang! Wechat, Alipay personal payment code can not be used for business payment, what is the impact on you?
Netease Cloud Music will soon be listed on the back of 200 million monthly live users how to make money
The Ministry of Industry and Information Technology has taken transitional administrative guidance measures against Tencent
1.6 billion yuan too cheap? BMW's $1.6 billion takeover of Brilliance's Factory in China has been called off
Interpretation of the more than Q3 financial results: dead agriculture shrink self-employment, transformed into "more farmers"? | the planet of wealth
The most popular news this week
Huawei's new 4G Hongmeng mobile phone has been certified with a maximum 40W fast charge
Can Apple bring iphones back from China and assemble them locally? Harvard Professor: Not a chance
Ren Zheng did not ask the hi Malayashan Huawei Hai Xi continued to expand: 2022 chip recruitment
State order: crack down on vulgar, violent online language
Ren Zhengfei asked to climb the Himalayas Huawei Hayes is not dead: 2022 continues to expand
The OLED of the jade is originally: 6999 yuan
Spain "Uprising News": Chip and Biden's obsession on China
TSMC Samsung and more than 150 other semiconductor companies submit chip confidential data U.S. statement: Very satisfied
In violation of prudential rules, a Bank of Beijing Shanghai branch was fined 500,000 and two of those responsible were banned from business
The third quarter of the third quarter was 0.2% year-on-year.