As we all know, the supply of Huawei's mobile phone business has a great impact, this year's launch of the P50 series of mobile phones is not easy, you may notice that the P50 series memory main push model is 8GB, 12GB model is very few or directly out of stock, which is mainly due to various restrictions. The good news is that Huawei's situation has improved, with 12GB of memory back as soon as the end of the month.

Weibo daisy factory V@ Film Fans reported that earlier Huawei because of the sanctions restrictions, so can only sell 6GB and 8GB models, 12GB models cut off for a long time, but recently seems to have loosened,If all goes well, the 12GB version of some models could be restored by the end of the month, with personal speculation likely to be the first to restore the folding screen.

In addition, he speculated that if the 12GB memory supply is restored, the new opportunity will not also add 12GB options, the much-anticipated Mate50 series can also add 12GB version? 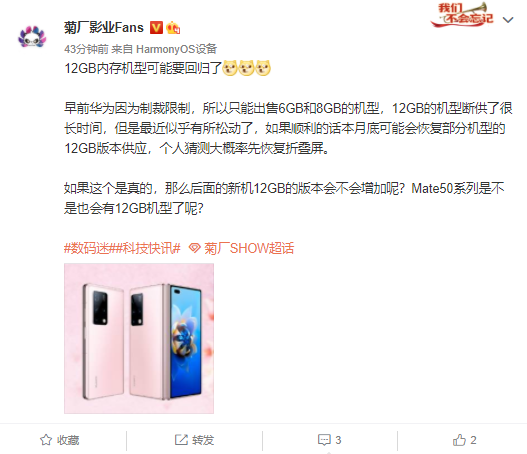 Earlier, it was reported thatHuawei will launch an exclusive 4G version of Qualcomm Dragon 898 chips, while Huawei Mate 50 engineering machines are also testing the Dragon 898 chips.

It's worth noting that the Huawei Mate 50 series will feature the same LTPO screen as the iPhone 13 Pro.

In addition, the Huawei Mate 50 series has been finalized following news from Huawei's supply chain. 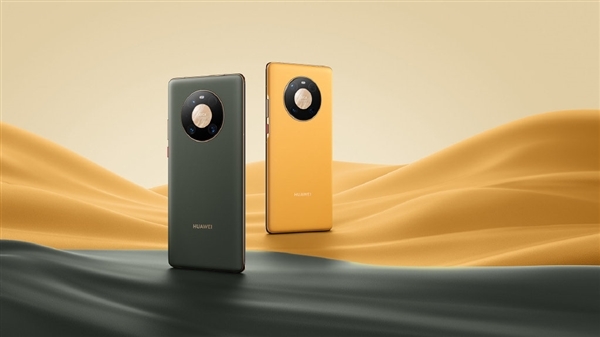