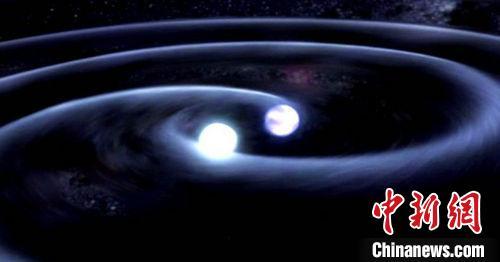 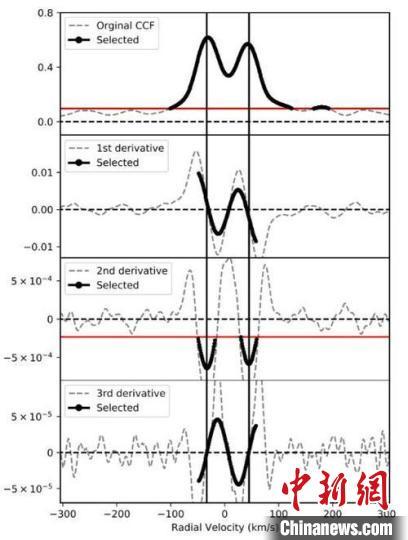 The viewing speed of the two substrings in the double star system changes. Research team for map

Introduction to the National Observatory Research Team of the Chinese Academy of Sciences said that about half of the Silver River system is in a two-star system. Through metering and spectral observation, researchers can get the accurate orbit parameters, stars quality, and radius information. At the same time, the material transfer that may occur in the two-star system also makes its evolution extremely complicated, so the two-star is an important member of the study of the formation and evolution of stars and even the Galaxy system.

Traditionally, one of the main means of the two-star system is to cover the law, but because the double star track is inclinant, the more difficult inclination is more difficult, so it cannot be used to observe the measurement, but the spectral observations can dispense these Double star certificate. It is important that spectral observations can provide information such as orbit parameters such as Shuangxing and stars atmospheric parameters, and other important information such as star quality, radius, and photome can be determined.

In addition, there are some special double star systems, including a "invisible" subster, which can be found and puminated by spectral observation. If this "invisible" Sprinter is a white dwarf, it is eventually possible to evolve into a type IA supernova, and if the subster is large enough, it may even be a black hole. Therefore, with the continuous accumulation of large-scale spectral patrol projects such as Lamost, it has become a hot spot in recent years by spectral methods.

The scientific research team said that researchers use the cross-correlated function to the Lamost, including the primary tuperal spectrum spectrum spectrum (Lamost DR7), which is the primary spectrum (Lamost DR7), and find two or three. The spectrum of the visual speed component. The final certificate recognizes 3,000 multi-spectral double star and Samsung system, and gives the viewing speed value of each sub-star each of the times. Thanks to the Lamost time domain patrol project, more than 2,500 targets in the multi-star system, including multiple observation data, of which 525 spectrosters and 31 Samsung were observed at least 6 times. Therefore, the Lamost data releases a multi-star star table having the largest time domain spectral information to date.

With regard to the follow-up research plan, the research team is expected to find about 1500 new spectral multi-star systems in resolution data in Lamost each year. With the development of resolution spectrum observations in Lamost, more and more multi-star systems will be It is found that the Lamost project will continue to make important contributions to relevant research. (over)

Related news
Development of Super Fresh-keeping Technology for Fruits and Vegetables by Apeel Science
China has found the fastest-rotating star in the Milky Way to date :540 km/s, the star has been flattened
"China's heavenly eye" opens the search for extraterrestrial civilization
China's "Tianyan" is stable and expected to capture the primary gravitational waves of the big bang
The English name of Chinese liquor has been changed: Chinese Baijiu has been officially launched
Chinese Academy of Sciences National Observatory released the current world's largest time domain multi-star spectral star table
Hot news this week
Titanium Media Publish Assesum: People's Bank: Digital RMB Winter Olympics pilot has entered the sprint phase; Tesla announced that 250,000 Powerwall energy storage power stations have been installed
Capital does not love SAIC, "flying" subsidiary, Jet Hydrogen Technology intends to go to science and technology board
Study on the sequelae of COVID-19 in the Chinese team: Shortness of breath, depression and other problems still existed nearly one year after discharge
Great Wall electric car goods wrong board! Little sister rights: female car owners are not stupid money
US media: If it is unable to quickly solve the problem of incomplete behavior in the company, the moving Blizzard CEO will consider resignation
Tencent responded to "APP to get ridiculous": Upgrade APP is now downloaded for user rights protection
Gree announced the implementation of the double-holiday work system Dong Mingzhu from the media voice netizen God reply
Wechat: It will not be possible to create an account for controlling comments and Revelations related to star artists
Netease Cloud Music will soon be listed on the back of 200 million monthly live users how to make money
The ninth batch of online anchor warning list announced Wu Yifan, Zheng Shuang and other 88 people in column
The most popular news this week
Huawei Watch GT 2/2E Upgrade: Download third-party apps
Miit: China's 5G terminal users reach 450 million! Accounting for more than 80% of the world
Sources say tesla's German plant will start production in December, while Volkswagen's Audi will start production of the Q4
The first batch of invited to become Apple ecological developers, Bunkes launched a variety of Magsafe accessories
Intel ignition level 56 core bubble! AMD can go to sleep
5G Core Standard Essential Patent Competition: Huawei Wins again!
MIUI development version upgrade! 4G was "discriminated against"
Tea Party CEO Tan Jong: Bringing together youth and women to build a new future for Asia
The birth of the Chinese own genetic variability is named "female 娲"
The most dead industry: the Internet can only row the second first thoughts