Huawei announced that it will hold huawei's all-scene smart life new release conference at 19:30 on November 17th, and launch Huawei Watch GT Runner smart Watch and other new products, which should include a 2-in-1 notebook.

Now the laptop has been exposed. This afternoon, Huawei officially prepped its new MateBook E 2-in-1 laptop, saying it will be released at 19:30 on November 17th. 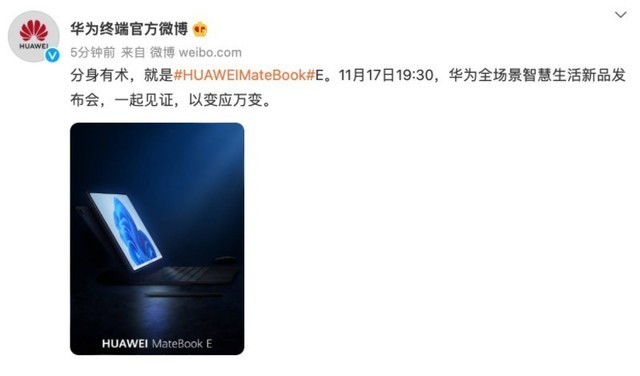 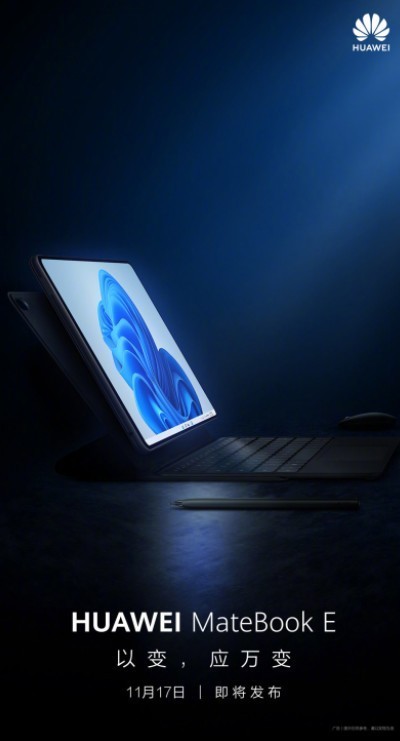 The MateBook E 2-in-1 features four narrow bezels, what appears to be a rounded screen, a matching keyboard cover, mouse and stylus, and runs Windows 11, according to the poster.

It's been revealed that the new MateBook will have major changes to its look and screen. At the same time, the keyboard and stylus will be greatly improved, and the ability to work collaboratively with different devices will also achieve breakthroughs.