The National Highway Traffic Safety Administration (NHTSA) has received a report of an accident related to Tesla's "fully automated driving" (FSD) test feature. On November 3, a Tesla Model Y in FSD test mode was involved in an accident in Brea, a city southeast of Los Angeles. Although the car was badly damaged, fortunately no one was injured during the accident. 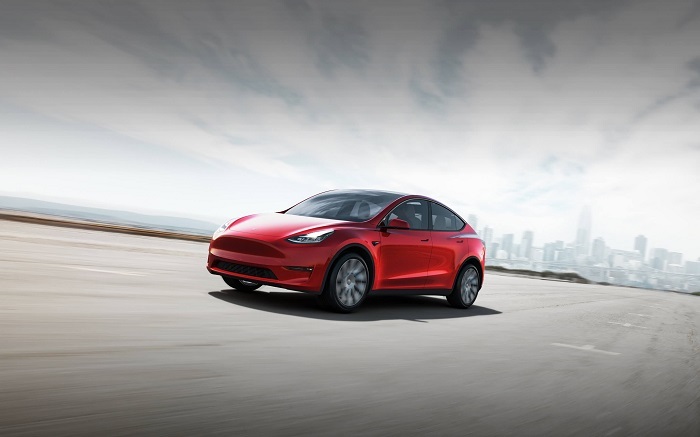 The report was also highly publicized as an early incident in Tesla's efforts to build a new driver assistance system.

NHTSA has conducted a detailed investigation of Tesla's Autopilot system, but the crash report appears to have been written by the Model Y owner himself, and an NHTSA spokesman did not immediately respond to a request for comment.

● The Model Y was in FSD Beta mode at the time of the crash. But when it was supposed to turn left, the car swerved into the wrong lane and was hit by another car.

● The Model Y sounded an alarm halfway around a turn, and the owner tried to turn the steering wheel to avoid going into the wrong lane, but the system took control of the car anyway.

● The unsafe handling of the accident put all traffic participants at risk, and the Model Y suffered severe crash damage on one side.

TheVerge editor Andrew j. Hawkins points to tesla's decision to let untrained drivers test its "FSD" driver assistance software on public roads. The company has decided to press ahead despite the massive criticism and scrutiny it has provoked.

Since launch, the company has rolled out and withdrawn several versions of the earlier system software update, but apparently a number of software bugs have not been fixed in time.

Some clips show driver assistance systems confidently handling complex driving scenarios, but many others depict cars drifting into the wrong lane or making other serious mistakes.

(1) Autopilot at this stage should not be translated as L5 "autonomous driving", but L2 "automatic assistance driving".

(2) At this stage, "Full self-driving" should not be translated into "fully automatic Driving". The owner still needs to take over the control of the vehicle at any time.

Related news
NVIDIA Tesla v100s low-key release: full speed up to turn into Tu Haojin
13 years of history NVIDIA gave up Tesla brand in a low-key way: name collision with electric vehicles
NVIDIA gives up Tesla brand in a low-key way: because of its name collision with famous electric vehicles
NVIDIA classic computing card series Tesla to be renamed: too confusing with Tesla
A Tesla owner was involved in an accident while trying out the fully autonomous driving feature
Hot news this week
Capital does not love SAIC, "flying" subsidiary, Jet Hydrogen Technology intends to go to science and technology board
Study on the sequelae of COVID-19 in the Chinese team: Shortness of breath, depression and other problems still existed nearly one year after discharge
Wechat: It will not be possible to create an account for controlling comments and Revelations related to star artists
Tencent responded to "APP to get ridiculous": Upgrade APP is now downloaded for user rights protection
WeChat Alipay personal collection code will not be used for business collection, digital currency sector rises
Big bang! Wechat, Alipay personal payment code can not be used for business payment, what is the impact on you?
Netease Cloud Music will soon be listed on the back of 200 million monthly live users how to make money
1.6 billion yuan too cheap? BMW's $1.6 billion takeover of Brilliance's Factory in China has been called off
The Ministry of Industry and Information Technology has taken transitional administrative guidance measures against Tencent
Interpretation of the more than Q3 financial results: dead agriculture shrink self-employment, transformed into "more farmers"? | the planet of wealth
The most popular news this week
State order: crack down on vulgar, violent online language
Ren Zhengfei asked to climb the Himalayas Huawei Hayes is not dead: 2022 continues to expand
The OLED of the jade is originally: 6999 yuan
Spain "Uprising News": Chip and Biden's obsession on China
TSMC Samsung and more than 150 other semiconductor companies submit chip confidential data U.S. statement: Very satisfied
In violation of prudential rules, a Bank of Beijing Shanghai branch was fined 500,000 and two of those responsible were banned from business
The third quarter of the third quarter was 0.2% year-on-year.
What is the top of the new CEO?
Century Huatong: Subsidiary Meeting Games and Tencent Signing Intermodal Cooperation Framework Agreement
Rumours of Samsung's acquisition of idM, the car company, have resurved