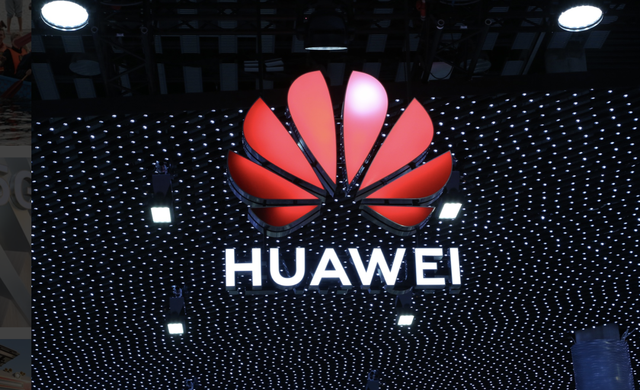 In response to the above news, Future Automotive Daily sought confirmation from NIO automobile, as of press time, NiO has not responded.

According to public information, She xiaoli joined Baidu in 2015 after receiving her doctorate from Tsinghua University as a functional safety expert and introduced the concept of functional safety into Baidu's autonomous driving business unit.

One year later, he joined Huawei as chief functional security expert and chief big data application expert, leading the design of data collection at the end of the vehicle, cloud processing architecture and cloud value-added applications applicable to the characteristics of autonomous driving data.

She xiaoli first worked at Huawei's Internet of Vehicles lab, which was established in 2012 as a precursor to the current car BU, a source told Future Automotive.

In fact, in the face of the momentum of car manufacturing, Huawei, which claims that it does not make cars, has had a number of senior personnel changes this year, and these people are almost all going to car companies.

Mr. Zhang joined Huawei in 2000 after graduating from Shanghai Jiao Tong University with a master's degree, including at Dingqiao Communications Technology Co., a joint venture between Huawei and Nokia, according to public records. In 2018, Zhang Returned to Huawei BU and was mainly responsible for Robotaxi business. Currently, he is a senior product manager at NIO.

"The city head changes king flag", in the eyes of an insider, the tide of departures is spreading from the top to the grassroots.

Caijing quoted sources as saying that despite Huawei's insistence on not making cars, there are still many people inside the company who advocate making cars, and those who choose to do so will be "gradually marginalized".

But for some Huawei employees,Whether or not to "build a car" is a personal choice, but "the foam may be smaller than that of autonomous driving"。

At present, in the era of software-defined cars, car companies are in a critical period of transformation to intelligent networking and intelligent driving technologies. Chen Hong, SAIC's chairman, has previously publicly refused to hand over autonomous driving technology to a third party, citing anxieties among traditional carmakers in the era of smart cars. Fearing a loss of voice, car companies are turning to independent research and development, and technical talent is in especially high demand.

Related news
Google I/O Eve Update Android Auto New Night Mode
Motorola Nio smartphone pass with 105 Hz refresh screen
Hot news this week
Capital does not love SAIC, "flying" subsidiary, Jet Hydrogen Technology intends to go to science and technology board
Study on the sequelae of COVID-19 in the Chinese team: Shortness of breath, depression and other problems still existed nearly one year after discharge
Wechat: It will not be possible to create an account for controlling comments and Revelations related to star artists
Tencent responded to "APP to get ridiculous": Upgrade APP is now downloaded for user rights protection
WeChat Alipay personal collection code will not be used for business collection, digital currency sector rises
Big bang! Wechat, Alipay personal payment code can not be used for business payment, what is the impact on you?
Netease Cloud Music will soon be listed on the back of 200 million monthly live users how to make money
The Ministry of Industry and Information Technology has taken transitional administrative guidance measures against Tencent
1.6 billion yuan too cheap? BMW's $1.6 billion takeover of Brilliance's Factory in China has been called off
Interpretation of the more than Q3 financial results: dead agriculture shrink self-employment, transformed into "more farmers"? | the planet of wealth
The most popular news this week
Huawei's new 4G Hongmeng mobile phone has been certified with a maximum 40W fast charge
Can Apple bring iphones back from China and assemble them locally? Harvard Professor: Not a chance
Ren Zheng did not ask the hi Malayashan Huawei Hai Xi continued to expand: 2022 chip recruitment
State order: crack down on vulgar, violent online language
Ren Zhengfei asked to climb the Himalayas Huawei Hayes is not dead: 2022 continues to expand
The OLED of the jade is originally: 6999 yuan
Spain "Uprising News": Chip and Biden's obsession on China
TSMC Samsung and more than 150 other semiconductor companies submit chip confidential data U.S. statement: Very satisfied
In violation of prudential rules, a Bank of Beijing Shanghai branch was fined 500,000 and two of those responsible were banned from business
The third quarter of the third quarter was 0.2% year-on-year.