The most need of the universe is not a game is a video conference.

The exploration of the metamorphic is certainly will not stop in games and entertainment.

In the current technology and capital market, the Yuan Universe is the hottest topic. However, the current landing practice related to Yuanhe is focused on industrial scenarios and underground technology exploration, except for the industrial scenario and underground technology, and the rest is still expanded at the entertainment level. "The First Share of Yuanhe" Roblox and A Shares have been popular in the near future.

However, in most descriptions of the Yuan universe, the Yuan Universe will eventually penetrate from the game to work and life.

He Lizhong, the first securities electronics industry analyst, Han Yang believes that although the players under the Yuan Coso game is huge, from the perspective of macro-development, it is not a top priority. Video conferences that help to improve productive are the scenes of the most demanded metamorphic.

The ultimate goal of the Yuan Universe: Improve User Experience

Although the Yuan Universe is the topic that the capital market is keen on discussions, it still needs to be reminded that this noun has not been recognized, a comprehensive definition.

At present, the market is interpreted on the Yuancosk, in addition to the "Yuan Cosen Ordnance" "avalanche" to mention, it is the understanding of the celebrities in various science and technology. 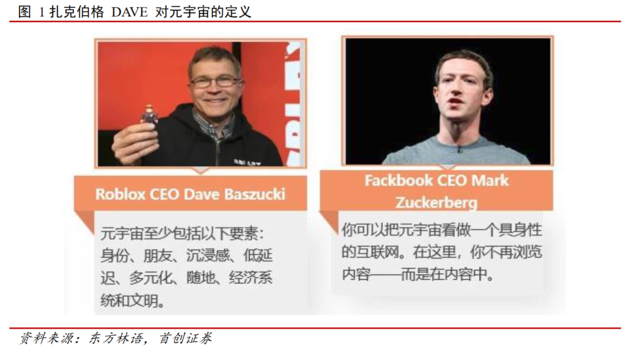 However, the first securities analyst believes that this is a typical "Celebrity Celebrity" follow-up. When a new concept is born, the celebrity point of view is not necessarily accurate, otherwise, each wave of technology waves will not have a new company in the rain.

From the literal, the Yuan Universe has shown its characteristics: black technology sets, including VR / AR, artificial intelligence, cloud computing, Internet of Things, block chains, etc. Many professionals have described Yuancos to describe the next generation of internet, immersed Internet, and "the ultimate form of the Internet."

Gamerdna founder Jon Radoff Radoff has listed the seven elements of the Yuan universe. In fact, all the technology is all arranged in the hierarchical group: 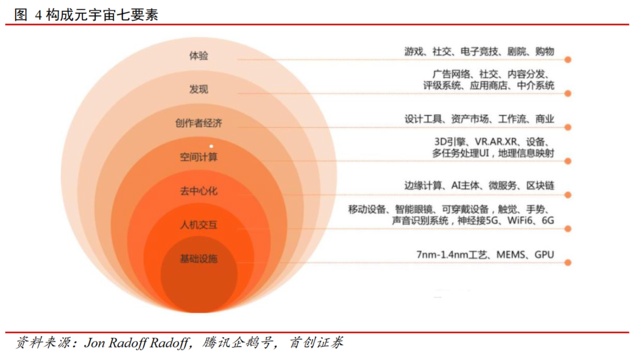 It is not difficult to see from the above seven elements levels that the ultimate goal of the Yuan Universe is to improve users' experience. 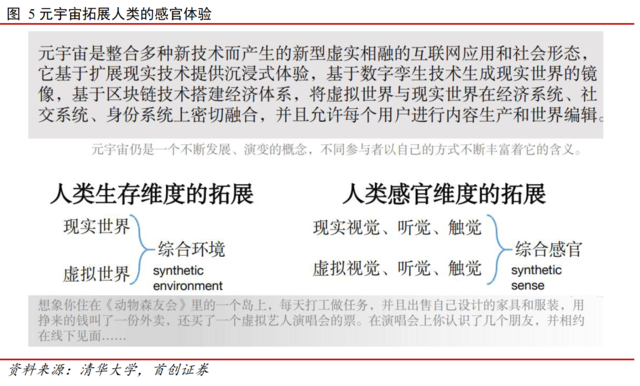 Video conferencing is more demanding in the universe, hard work is key

The first securities believe that in terms of enhances the experience, the video conference is more powerful than the game.

Since the New Crown epidemic, the home office has become a must option in most companies around the world. However, the efficiency of the home office and online conference is still in the line. Therefore, it is necessary to turn over the information outside the metacular compensation line except for the sound, the image is different from the difference in the line and the line. Improve video conferencing experience by means of the Yuan universe is the most urgent and most practical yuan universe application scenario.

To build online and video conferencing on the Yuancosted Wire, the support, electronic components and communication technologies (5G or 6G) are required for VR / AR (5G or 6G). 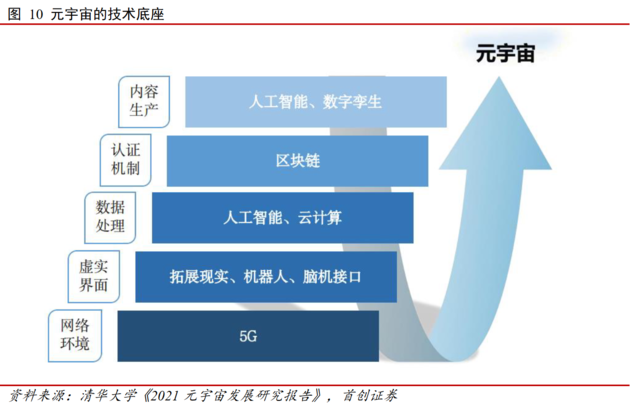 Since 2013, VR / AR has experienced three-year calm period, and now, with the rise of the concept of Yuancai, it has once again entered the development expressway.

In 2013, Google launched Google Glass smart glasses and opened the development cycle of this track. In 2014, Facebook acquired Oculus $ 2 billion. In 2015, Microsoft launched MR mixed realistic head wearing monitor Hololens, the global VR / AR industry entered the boom. At this time, most domestic markets are in a state of viewing, and the capital is generally not finalized.

After 2016-2019, the market has gradually subjected to the enthusiasm of VR / AR, and the industry entered a calm period. Until 2020 Google acquired the Canadian Smart Glasses Manufacturer North, 2021 SNAP acquired AR waveguide display manufacturer WaveOptics showed that these companies were optimistic about enhanced realistic tracks. The first securities believe that the industry's inflection point has appeared. 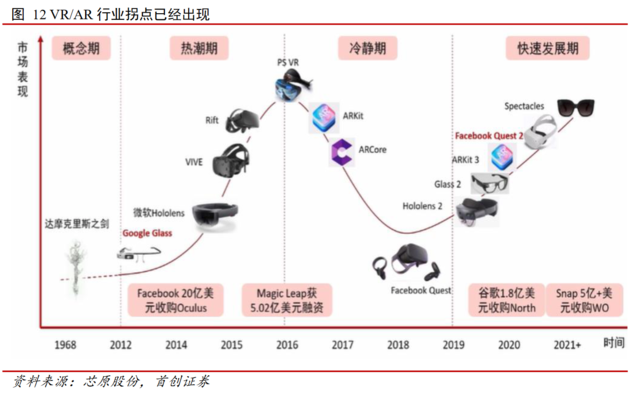 The changes in the global AR glasses have also evidenced this trend. In 2015-2019, the industry experienced the process of rapid growth to relatively stagnation. In 2020, the global AR industry was subjected to a poorly influence in the isolation policy of various countries, and the shipments were increased. The first securities believe that the rise in AR / VR will continue and shipments will continue to rise with the development of 5G communication technology. 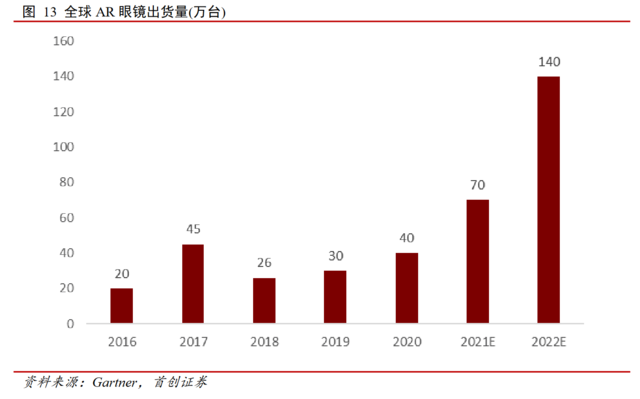