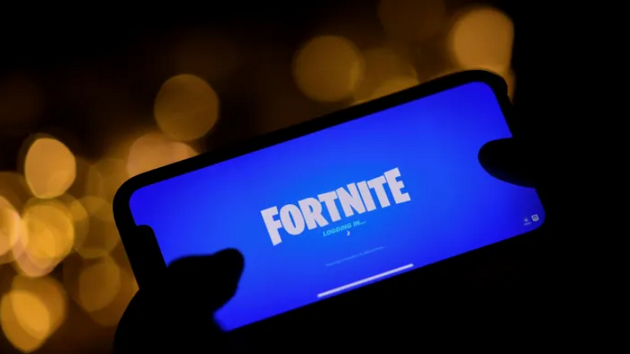 Google has created a task force to prevent Android users from downloading the hit game Fortnite outside of its Google Play Store, Epic Games said in an unamended court filing released Monday.

According to legal filings, Google's actions helped it generate game revenue, but violated the idea that Android is an "open" platform.

Epic has already sued Google and Apple, accusing them of operating a monopoly by imposing a 30 percent fee on in-app purchases. Epic has lost most of its battles with Apple, but has won its battles to get developers to offer users other payment options. Both sides appealed against the result.

However, the case against Google is more complicated because Android app developers do not have to distribute their apps through the Play Store, whereas Apple's app Store is the only place its users can download apps.

In its court filing, Epic argued that users' ability to "side-download" an app from a third-party store or directly from the web was more theoretical than real.

According to the unredacted court document, When Fortnite, one of the world's most popular games, launched a direct download feature in August 2018, offering distribution through Samsung's Galaxy Store, Google feared the momentum could spread more widely. So Google launched a campaign to try to prevent users from choosing a download option other than the Play Store.

Those measures included the creation of a "Fortnite task force," the document said, citing internal Google emails. In August 2018, the working group will meet daily to address challenges from Epic.

The task force found a theoretical flaw in the Fortnite installation program. Epic claims that Google is using this excuse to intimidate users into not downloading Fortnite. At the same time, Google began deploying a media campaign to publish stories about the problem and blog posts calling it "an extremely serious security vulnerability," although internally Google said it was "not a serious (or even a very high risk) vulnerability."

Epic cited an internal email from Google's Head of Android security, who said that Google's warning to its users was "inappropriate and less scary than the vulnerabilities we've seen from many other developers."

Google responded in a statement, saying: "Epic's release of Fortnite for Android contains a security vulnerability that could compromise consumer data. Security is our top priority, so we will of course take steps to alert users to this security vulnerability in accordance with our application security policy. We will continue to fight Epic in court."

A trial date is set for October 17 next year.

Related news
Tim Sweeney, founder of Epic Games - from a challenger in the game industry to a land protector
Apple's "Fortress night": Tencent shares Epic Games very dissatisfied
Epic Games accused Google of monopolizing the latter, which may have a better chance than apple
Epic Games will spread to Google Australia app store
Analyst: Epic Games vs. Apple makes it harder for developers to win against Google
Apple asked the court to stay part of the injunction in the Epic Games lawsuit
Epic Games: Google set up fortnite task Force to collect protection money
Sony, Lego parent company invested heavily in Epic Games, how did the game engine business grow?
Epic Games and Match Group file additional antitrust suit against Google
Epic Games and the FTC settled two lawsuits for $520 million
Hot news this week
The first in the world! Intelligent screening system for visual impairment of infants and young children
World's first: Sun Yat-sen University has developed a mobile phone intelligent screening system for infants with visual impairment
Beautiful country semiconductor ushered in the winter, US high enterprises inverted, our country market doesn't buy it!
Sources said Samsung Electronics is considering cutting chip production in the first quarter or a huge loss
See you again! High-speed rail overcrowding alarm can not drive without tickets passengers get off: 12306 said compliance
Cybertruck skipped tickets again! Mass production of Tesla electric pickup truck will not wait until 2024.
Intel: 14 generations of Core in the second half of the year, and build a new architecture from zero next year.
Apple will relax measures to deal with COVID-19 's epidemic and encourage employees to go back to work
Why Tesla crazy price reduction to more than 200,000 profit is still the highest? The truth is revealed!
Here comes the most advanced 3nm processor in the world! Apple A17 exposure: iP15 performance will be greatly upgraded
The most popular news this week
Meta earnings release analysts: Snap turning profit into loss in the fourth quarter is good news for it and Google
No 5G Huawei folding screen can still sell out! 1.44 million units a year, the domestic king
256G is not enough! Bloggers bought Xiaomi phone 512G has used up more than 300G: WeChat accounted for 70G
Regret that the medicine is gone! Apple closes downgrade channels for multiple versions such as iOS on 16-15-12.
The rendered picture of Meizu experience Center is exposed: there are cars and mobile phones to build 1000 stores.
Musk, the richest man in the world, also suffered a huge loss when he bought bitcoin by Tesla, who "cut leeks".
Samsung Huawei Xiaomi OV has been iterated many times! IP16 Pro still has no latent eyes.
At least 29000 facilities were affected, and WeiUnicom announced that there were serious loopholes in QTS and QuTS hero.
Tesla has sold most of its bitcoin and lost nearly 1.4 billion yuan in 2022
The biggest drop in history!