On November 16th,Jiu Matter Sports has signed zhou Guanyu to compete in the 2022 Formula One championship as an Alfa Romeo ORLEN driver. 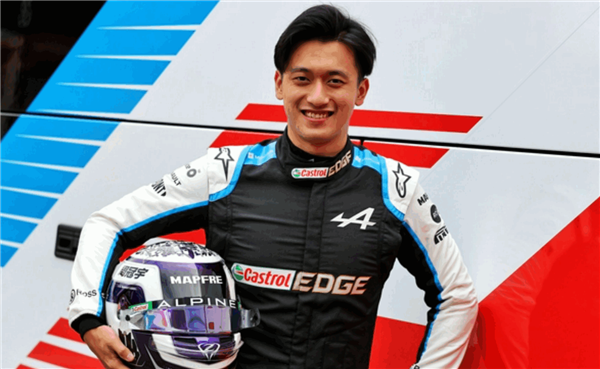 Mr Zhou said: & LDquo; I grew up dreaming of climbing as high as I could in a sport I love, and now it's a dream come true.I'm ready to tackle the top of the racing pyramid. Formula 1 & Rsquo; . ”

Congratulations to Zhou Guanyu for signing with Alfa Romeo ORLEN and becoming the first Chinese driver to officially join the FIA Formula One Championship.

The appearance of Chinese drivers in Fl is the expectation of the majority of fans and the dream of several generations of Chinese racing people. It will certainly play a positive role in promoting Chinese racing and will be recorded in the history of Chinese automobile sports.

Here, The China Automobile and Motorcycle Federation would like to extend heartfelt congratulations to Zhou Guanyu. We look forward to zhou Guanyu's continuous efforts and valiant efforts to show the strength and elegance of Chinese drivers on the stage of the world automobile sports. 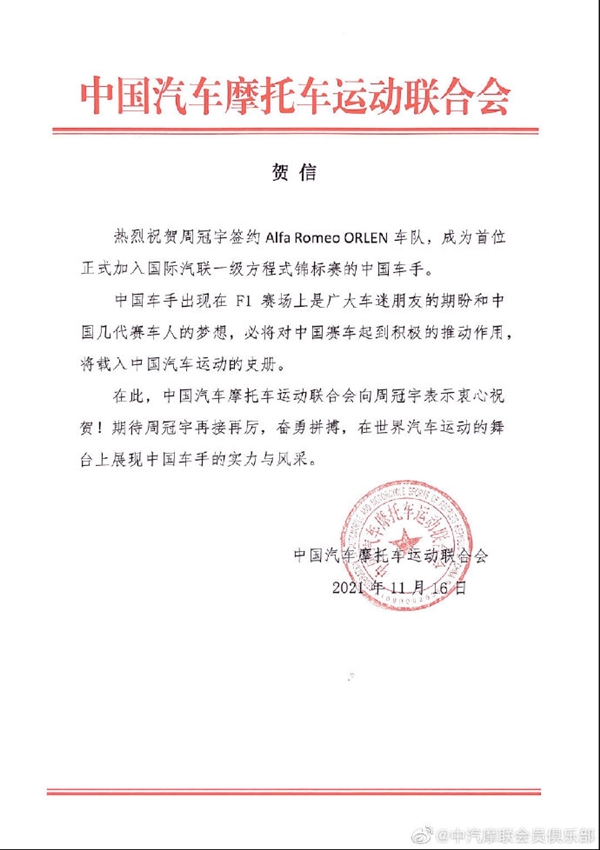 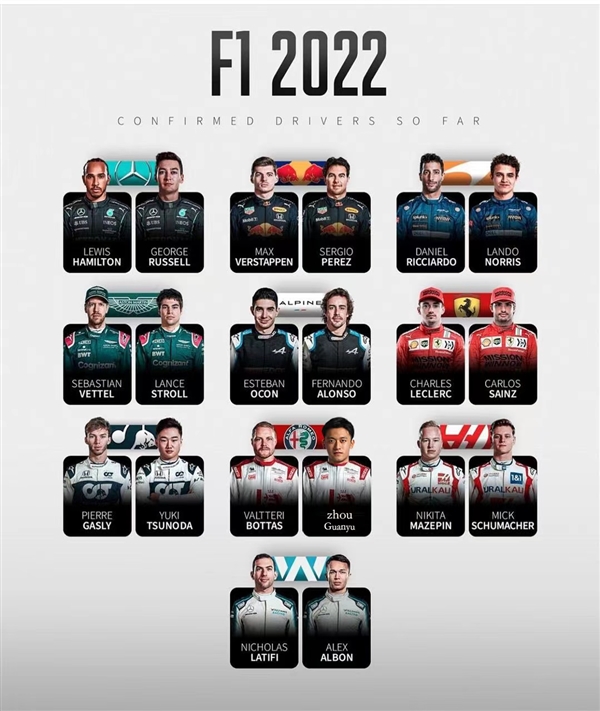