Tesla is being sued for $162 million by one of America's biggest banks.

Tesla is reportedly embroiled in another lawsuit,This time it is being sued for more than $162 million by JPMORGAN Chase, the country's largest bank.。

The case relates to warrants agreed in 2014, according to a lawsuit filed by jpmorgan in Federal court in Manhattan.

Tesla to jpmorgan chase in early 2014 to sell the warrants, the original two companies agreed to a $560.6388 "strike price", if that year until June of 2021 and July stock options expire, "strike price" below the tesla's share price, jpmorgan chase will get reimbursement, tesla should be delivered with the implementation of price difference between the equivalent shares, Otherwise, they do not owe each other. 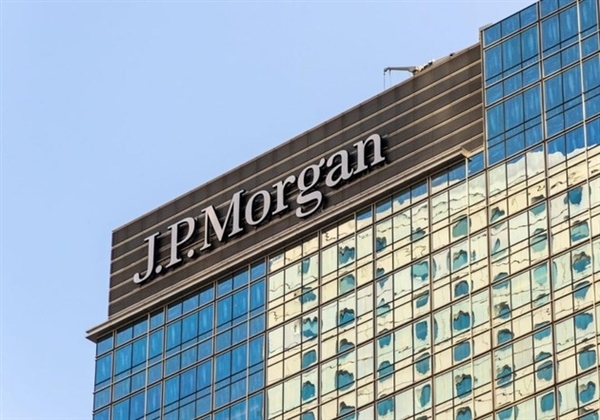 As a large, extremely complex financial transaction, jpmorgan made sure it had a variety of legal protections, one of which was to hedge against any major merger or acquisition announcements that could affect Tesla's stock price.

On July 24, Musk announced that he was abandoning the deal to take Tesla private, and jpmorgan adjusted the strike price again to reflect the stock's rise.

Back in the present day, tesla refuses to honor the contract, even though jpmorgan believes the changes it made were appropriate and compliant. So theThe bank filed a lawsuit in a local court demanding immediate payment of more than $162 million due from Tesla。

Related news
NVIDIA Tesla v100s low-key release: full speed up to turn into Tu Haojin
13 years of history NVIDIA gave up Tesla brand in a low-key way: name collision with electric vehicles
NVIDIA gives up Tesla brand in a low-key way: because of its name collision with famous electric vehicles
NVIDIA classic computing card series Tesla to be renamed: too confusing with Tesla
Tesla has deployed PowerPack battery energy storage systems at 60 electrify America charging stations
Hot news this week
Capital does not love SAIC, "flying" subsidiary, Jet Hydrogen Technology intends to go to science and technology board
Study on the sequelae of COVID-19 in the Chinese team: Shortness of breath, depression and other problems still existed nearly one year after discharge
Wechat: It will not be possible to create an account for controlling comments and Revelations related to star artists
Tencent responded to "APP to get ridiculous": Upgrade APP is now downloaded for user rights protection
WeChat Alipay personal collection code will not be used for business collection, digital currency sector rises
Netease Cloud Music will soon be listed on the back of 200 million monthly live users how to make money
Big bang! Wechat, Alipay personal payment code can not be used for business payment, what is the impact on you?
The Ministry of Industry and Information Technology has taken transitional administrative guidance measures against Tencent
1.6 billion yuan too cheap? BMW's $1.6 billion takeover of Brilliance's Factory in China has been called off
Interpretation of the more than Q3 financial results: dead agriculture shrink self-employment, transformed into "more farmers"? | the planet of wealth
The most popular news this week
Huawei's new 4G Hongmeng mobile phone has been certified with a maximum 40W fast charge
Can Apple bring iphones back from China and assemble them locally? Harvard Professor: Not a chance
Ren Zheng did not ask the hi Malayashan Huawei Hai Xi continued to expand: 2022 chip recruitment
State order: crack down on vulgar, violent online language
Ren Zhengfei asked to climb the Himalayas Huawei Hayes is not dead: 2022 continues to expand
The OLED of the jade is originally: 6999 yuan
Spain "Uprising News": Chip and Biden's obsession on China
TSMC Samsung and more than 150 other semiconductor companies submit chip confidential data U.S. statement: Very satisfied
In violation of prudential rules, a Bank of Beijing Shanghai branch was fined 500,000 and two of those responsible were banned from business
The third quarter of the third quarter was 0.2% year-on-year.