A few days ago, according to media reports, data released by SNE Research, a Market Research institution in South Korea,In September 2021, the global electric vehicle battery installation volume was about 32.9GWh, up 94% year-on-year and 30.6% month-on-month. The global power battery installation volume for january-September was 195.4GWh, up 20.6 percent month-on-month.

To be specific,In September, Ningdeok Times installed 10.6GWh units, up 183.5 percent from the same period last year, with a market share of 32.1 percent.LG and Panasonic ranked second and third, respectively, with 7.8GWh and 4.3GWh. Panasonic gained just 1.1%.

Chinese battery makers are worth mentioning. — Lishen Battery, which entered the list for the first time and climbed to ninth place, edged out Honeycomb Energy, which debuted on the list in August, with a gain of 422.2%. 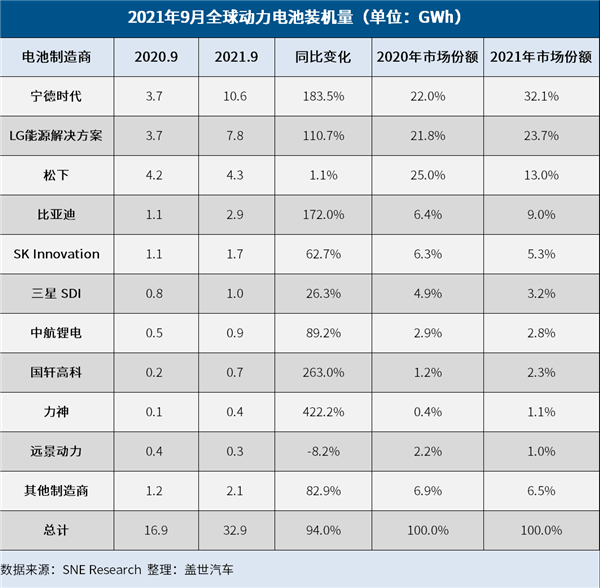