India's Alipay went public: it plunged more than 25 per cent on its first day, with Ant Group as its largest shareholder 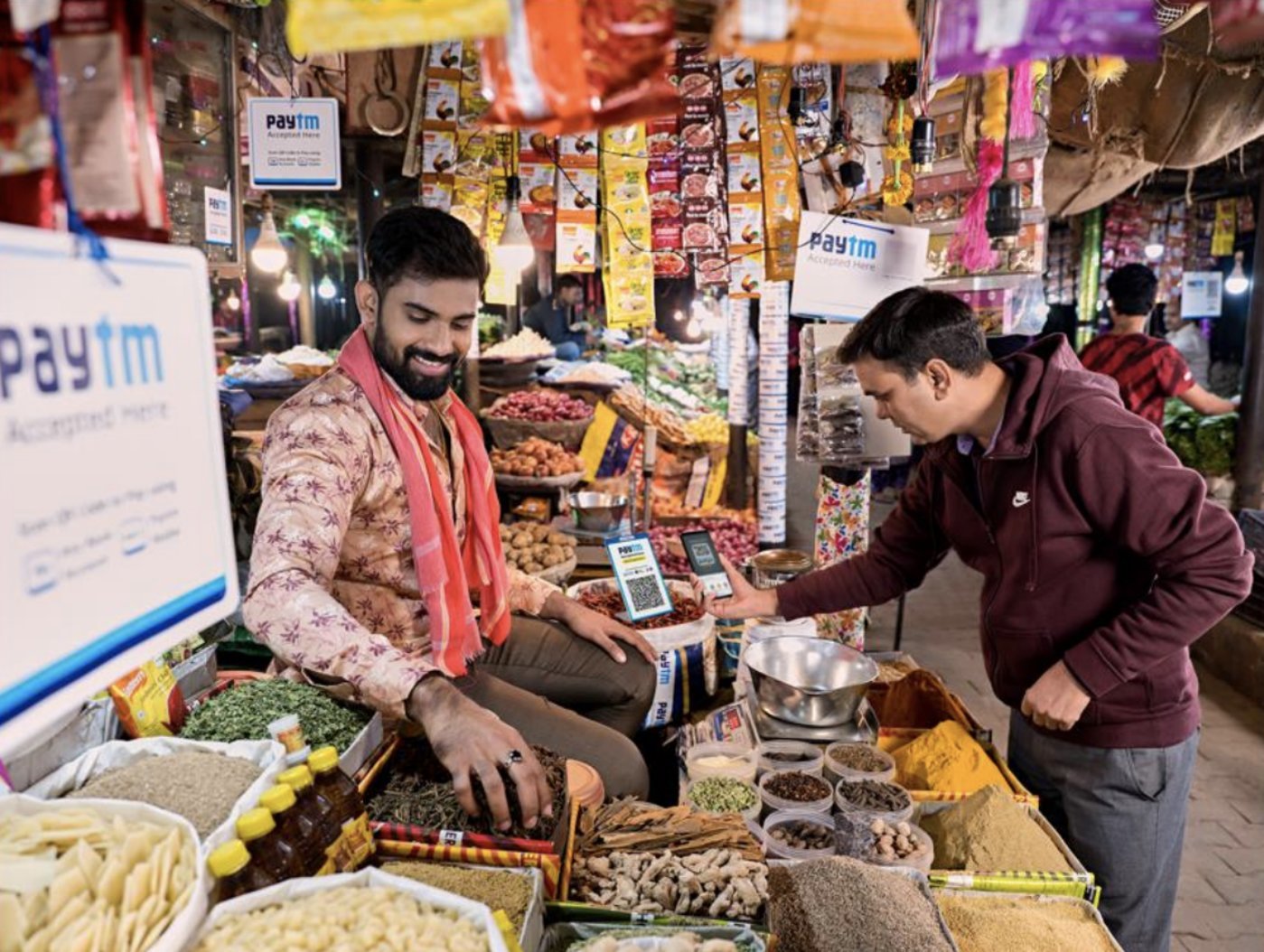 Paytm, the Indian version of Alipay, which is inextricably linked to Ant Group, has finally completed its launch.

Paytm, India's largest e-wallet company, was listed on the Bombay Stock Exchange on November 18.The technology company, which raised 183 billion rupees ($2.5 billion), became the largest IPO in India's history to date, offering 2,150 rupees ($29) a share.Paytm has a market capitalisation of about $20 billion at the offering price.

Paytm's share price trend on its first day of trading

Like its Chinese counterpart Alipay, Paytm has a broad user base in India. Paytm has 333 million registered users as of March 2021, reaching 21 million merchants, according to the prospectus.The equivalent of half of India's Internet users are Paytm users。 Paytm has become India's number one and the world's third-largest e-wallet in terms of user volume.

In January and September 2015, Ant Group invested in Paytm twice, helping Paytm to enter the fast track of development by "co-investing in shares and technology output". Ant group remains Paytm's largest shareholder, with a 25 per cent stake. Alibaba, an affiliate of Ant Group, also owns about 7 per cent, with Warren Buffett's Berkshire Hathaway and Sun's SoftBank also key investors.

however The star company opened the day with a shock decline, closing down more than 25 per cent at Rs1,560.

Paytm's listing comes amid questions about its high valuation, earnings outlook and future ability to kill haemorrhage in the competition of strong rivals. Suresh Ganapathy, an analyst at Macquarie Capital Securities, points out thatPaytm's business model lacks focus and direction is unclear.Paytm will not make a lot of money just as a third-party platform unless it opens up its lending business. As a result, Ganapathy questions the scale and profitability it can achieve in the future.

Paytm's founder and CEO, Vijay Shekhar Sharma, said back in 2019 that Paytm would wait until it was profitable before considering a listing, but the risk warning in the prospectus suggests that the company may not be able to "achieve or maintain" profitability in the future. Paytm cut its losses by almost 40 per cent to $215 million in the 2020-21 financial year, but is not yet profitable.

According to Reuters, Equity Master senior research analyst Richard Agarwal said Paytm's revenue fell during the surge in the use of digital wallets and mobile payments in fiscal year 21. Despite a 60 per cent drop in marketing and promotional spending, the losses continued and its path to profitability was uncertain.

meantime Paytm's leadership in the market is also challenged。

With the development of a unified payment interface for mobile cross-bank transfers by National Payments Corporation (NPCI), users don't need to deposit as much as Paytm's mobile wallets, or worry about the risk of switching between different wallets. The advent of UPI has significantly lowered the threshold for market participation, leading to a more competitive landscape.

Paytm's overseas competitors are surging because of the broad prospects for the Indian market, with companies such as Google, Wal-Mart, Facebook, Samsung Electronics, Xiaomi and Realme all launching payment apps in India because of the fact that UPI payments do not require a prepaid tool (PPI) licence. Such a competitive environment also poses a greater challenge to Paytm's financial performance.

Related news
Foreign Media: Amazon Prime Day is just a fake version of Ali Shuang11
The linely group's best mobile processor of the year: God u Kirin 810 wins the title
"Generation God U" Kirin 810 gets The Linely Group's annual "Best Cell Phone Processor Chip"
Ancient charm collision national tide e-sports China Shuo card aid ROG DAY fan carnival
Maybe next year you'll get an iPhone 12 labeled "made in India."
Motorola and Bullit group reach a long-term brand cooperation to promote rugged mobile phones
India's Alipay went public: it plunged more than 25 per cent on its first day, with Ant Group as its largest shareholder
Ant Group is the largest shareholder of Alipay In India
Hot news this week
European Telecom I hope that the US science and technology giants bear the cost of network construction
5G Core Standard Essential Patent Competition: Huawei Wins again!
Sources say tesla's German plant will start production in December, while Volkswagen's Audi will start production of the Q4
Blue factory to create a new generation of mobile phone OS official announcement! Thoroughly remould oneself
WeChat "intercom" upgrade: point-to-point open external chain, group chat can access e-commerce class chain
It's not just Apple and Google! Samsung wants to reduce its dependence on Qualcomm by boosting its chips
The news said that Iqiyi lay off 20% -40%! The official responded: no deny
Australia pushes new libel laws to force Twitter and other platforms to reveal the identities of "keyboard warriors"
The latest variant of the new crown emerged in early November: new State of New York has entered a catastrophic state of emergency due to the outbreak
The first batch of invited to become Apple ecological developers, Bunkes launched a variety of Magsafe accessories
The most popular news this week
Never go back! Apple's generation of classic machines is closing
Kylin flagship Soc support! Huawei's new flagship Mate has been revealed to have a different look
120 seconds to see this year's only day full food: faint black picture spectacular!
The manufacturer of qualcomm U was questioned by big V! The executive wanted to laugh
China led: World's first international cyclotron standard released
Omicron from an AIDS patient? One expert came up with a new conclusion: Too surprising
The first AD for the Snapdragon 8 flagship phone is here! The pictures are the most beautiful
Wikipedia's first entry, "Hello,World! Will be auctioned as NFT digital art
Tesla's market value evaporates by $70 billion overnight Musk cashes out $10.9 billion a month
National Post Office: Anti-"Inside Volume"!