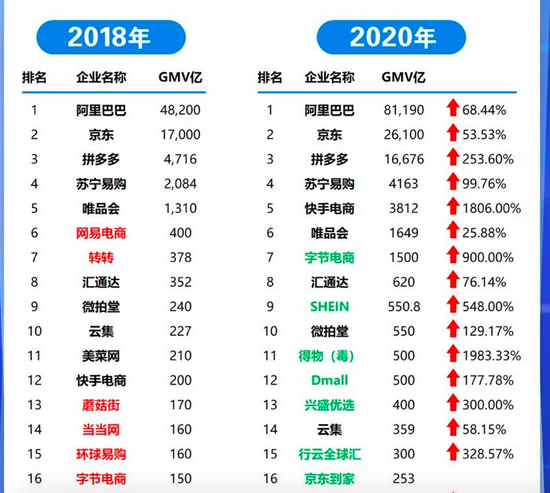 Last night, the market came out byte the ban on the group's domestic advertising revenue stopped growth, the first financial reporter issued to the byte, the other party expressed "not coming".

However, according to the reporters, the advertising industry has slowed down by the industry's large number customers, the industry's overall factors such as the industry, the industry, etc. Data, traffic advantages, and e-commerce business this year, byte beating 2021 advertisements can still maintain at least 20% of growth. The first financial economy will be identified in terms of bytes, as of the press release.

Education industry orders are no longer, as well as advertising industry regulatory policies, is not only bytes to jump a company. In Baidu Third Quarter Financial Report, Baidu Chief Strategy Government Yu Zhengzheng said that the impact of advertising business is mainly due to the negative impact of teaching, real estate, home improvement, travel, etc., has a negative impact in the epidemic, and has higher uncertainty in the fourth quarter. The income may continue to slow down, but still more than 60% in the group's total revenue. Baidu advertising revenue in this quarter increased by 6% year-on-year, an increase of 2% from the previous month, recorded 19.5 billion yuan, and the year-on-year growth rate of 27% and 18%, respectively.

Tencent's financial report in the third quarter of 2021 shows that the company's online advertising business revenue increased by 5% to 22.5 billion yuan, down 1% from the previous month. Despite the weak demand for advertising, insurance and games, but the steady demand of advertisers such as consumer goods and Internet services, as well as advertising revenue contributions to the merchant car, still promoted the growth of advertising revenue.

Dolphin society founded, E-commerce analyst Li Chengdong said that in the 2021 byte be jumped, the income increased yet, he ridiculed that Tencent advertisements have risen, and the byte e-commerce is booming. Remove, the remaining advertising business zero growth, this is possible.

Specifically, byte prediction in 2021, the search business will have a growth space of 30-5 billion, reaching an annual income of 50-10 billion; content consumption annual income is about 10 billion; while e-commerce advertising needs to be specifically based on jam shop Whether the pattern can be made, can't do it in one year, the income will be billions. Once made, the driving of the e-commerce advertising will be large. Previously, the shake advertisement mainly competes for advertising shares from long video platforms, and enters the byte advertisement of imports of e-commerce business rights, and competes for the business of Ali Mom.

Li Chengdong believes that with the rise of the e-commerce e-commerce, Ali market share may further fall below 50% in 2021. "The growth of China's e-commerce market has dropped to 20% this year, that is, the entire incremental market is 2 trillion. Two increments of shake and fast hands account for half of them, and consider speaking a lot and Jingdong. Growth, actually Ali can maintain it very difficult. "

Therefore, in the prediction, the Dolphin Society combines the latest industry data, estimates that the transaction volume in September is 80 billion in September, and 2021 is expected to exceed 800 billion, a year-on-year increase of 430%. The total transaction volume of Ali platform is 811.9 billion in 2020, the growth rate is small this year, so the raw e-commerce will reach the size of 10% of Ali. The most straightforward effect is the most straightforward, and only about 250 billion, and the hanging e-commerce has been close to Tmall.

Another industry person who was shake the same track said that the company's internal rough judgment, this year's byte beating completed 80 billion GMV, the problem of the e-commerce, the strategy of "big water", Its traffic is unmodorated by similar products, and the gap between the absolute value of the day is also placed there.

Related news
Three ways to upgrade Windows 10 May 2019
Some Surface Book 2 upgrades Windows 10 May 2019 graphics card compatibility problem (Figure)
Windows 10 may 2020 ready to launch: inventory of major new features (Figure)
Google launched "pixel for business" website to attract enterprise users
Hot news this week
Capital does not love SAIC, "flying" subsidiary, Jet Hydrogen Technology intends to go to science and technology board
Study on the sequelae of COVID-19 in the Chinese team: Shortness of breath, depression and other problems still existed nearly one year after discharge
Wechat: It will not be possible to create an account for controlling comments and Revelations related to star artists
Tencent responded to "APP to get ridiculous": Upgrade APP is now downloaded for user rights protection
WeChat Alipay personal collection code will not be used for business collection, digital currency sector rises
Big bang! Wechat, Alipay personal payment code can not be used for business payment, what is the impact on you?
Netease Cloud Music will soon be listed on the back of 200 million monthly live users how to make money
1.6 billion yuan too cheap? BMW's $1.6 billion takeover of Brilliance's Factory in China has been called off
The Ministry of Industry and Information Technology has taken transitional administrative guidance measures against Tencent
Interpretation of the more than Q3 financial results: dead agriculture shrink self-employment, transformed into "more farmers"? | the planet of wealth
The most popular news this week
State order: crack down on vulgar, violent online language
Ren Zhengfei asked to climb the Himalayas Huawei Hayes is not dead: 2022 continues to expand
The OLED of the jade is originally: 6999 yuan
Spain "Uprising News": Chip and Biden's obsession on China
TSMC Samsung and more than 150 other semiconductor companies submit chip confidential data U.S. statement: Very satisfied
In violation of prudential rules, a Bank of Beijing Shanghai branch was fined 500,000 and two of those responsible were banned from business
The third quarter of the third quarter was 0.2% year-on-year.
What is the top of the new CEO?
Century Huatong: Subsidiary Meeting Games and Tencent Signing Intermodal Cooperation Framework Agreement
Rumours of Samsung's acquisition of idM, the car company, have resurved