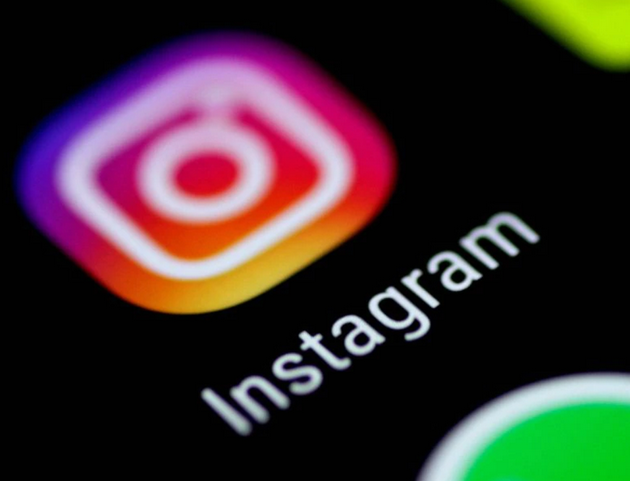 BEIJING, Nov. 19 (Xinhua) -- A cross-party coalition of U.S. attorneys general announced yesterday that it had launched an investigation into U.S. social networking giant Facebook Inc. to promote its social tool Instagram to young users in the event of potential physical or mental harm.

At a time when Meta is facing scrutiny and questioning over its handling of children or youth on social platforms, the coalition said in an emailed statement that it would investigate whether the company violated U.S. consumer protection laws and put teen users at risk.

Massachusetts Attorney General Maura Healey said in a press release that Meta did not protect teen and child users on their social platforms, chose to ignore them and, in some cases, used platform manipulations that posed a "real threat" to young people's physical and mental health, effectively "exploiting children for profit."

A Meta spokesman responded in a statement that the allegations made against the company by a coalition of state attorneys general were false and reflected a "deep misunderstanding" of the facts of the company's operations.

The company added that internal teams are continuing to develop parental controls for teen users and are exploring ways to provide social networking services that are fully linked to real age to children.

Instagram is one of Meta's top four mobile social tools. Like other social media, the tool has explicit rules prohibiting children under the age of 13 from registering on the platform, although the company acknowledges that there are actually banned children's users on the platform.

The suspension was announced by Instagram after an authoritative US financial media outlet reported on a number of internal company documents leaked by Facebook whistleblower and former employee Frances Hogan. The evidence suggests that Meta is well aware that Instagram, a social tool, has had a mental health impact on the teenage user base.

Meta countered that internal documents disclosed by Hogan were used to paint a "false picture" of the company's actual operations and work.

Over the past few months, attorneys general in more than 40 U.S. states have written to Meta asking the company to abandon the development of social media products aimed at children's users. In addition, some U.S. lawmakers have questioned Meta.

Related news
Instagram's advertising revenue last year exceeded YouTube's by $20 billion
Facebook's announcement that it is changing its name to "Meta" underscores the company's determination to bet all the money on the meta-universe
Facebook changed its name to Meta Meta Pioneer: Eager to catch the heat of the Meta Universe
WhatsApp Update Start Page Brand Image: Delete "Facebook" Change to "From Meta"
Meta Company slams Facebook to change the name in the open letter
Yuan Cosmic bonus? Meta This profit engine is popular with capital market
Investor: Facebook could go the way of Google by changing its name to Meta
U.S. prosecutors announce investigation into Instagram allegations Meta 'exploited children for profit'
Hot news this week
Titanium Media Publish Assesum: People's Bank: Digital RMB Winter Olympics pilot has entered the sprint phase; Tesla announced that 250,000 Powerwall energy storage power stations have been installed
Capital does not love SAIC, "flying" subsidiary, Jet Hydrogen Technology intends to go to science and technology board
Study on the sequelae of COVID-19 in the Chinese team: Shortness of breath, depression and other problems still existed nearly one year after discharge
Tencent responded to "APP to get ridiculous": Upgrade APP is now downloaded for user rights protection
Great Wall electric car goods wrong board! Little sister rights: female car owners are not stupid money
US media: If it is unable to quickly solve the problem of incomplete behavior in the company, the moving Blizzard CEO will consider resignation
Gree announced the implementation of the double-holiday work system Dong Mingzhu from the media voice netizen God reply
Wechat: It will not be possible to create an account for controlling comments and Revelations related to star artists
Netease Cloud Music will soon be listed on the back of 200 million monthly live users how to make money
The ninth batch of online anchor warning list announced Wu Yifan, Zheng Shuang and other 88 people in column
The most popular news this week
Huawei Watch GT 2/2E Upgrade: Download third-party apps
Miit: China's 5G terminal users reach 450 million! Accounting for more than 80% of the world
Sources say tesla's German plant will start production in December, while Volkswagen's Audi will start production of the Q4
The first batch of invited to become Apple ecological developers, Bunkes launched a variety of Magsafe accessories
Intel ignition level 56 core bubble! AMD can go to sleep
5G Core Standard Essential Patent Competition: Huawei Wins again!
MIUI development version upgrade! 4G was "discriminated against"
Tea Party CEO Tan Jong: Bringing together youth and women to build a new future for Asia
The birth of the Chinese own genetic variability is named "female 娲"
The most dead industry: the Internet can only row the second first thoughts