Huawei has released its latest flagship phones for the Chinese market, the Huawei P50 and P50 Pro, which contain many advanced hardware features, but the software is what makes the launch compelling, according to a new report from Omdia, a market research firm.

In the wake of the well-known U.S. sanctions, Huawei's phones are equipped with the Hongmun operating system, not Google's Android, which appears to be the main reason why Huawei's handsets are now limited to China's domestic market rather than to larger international markets.

David Tett, chief analyst at Omdia Addressable Consumer Devices, said Huawei's size, domestic market and financial clout would give it the ability to roll out the new mobile operating system at home and then overseas, and was on track to become the third alternative to Android and iOS that had previously failed to materialise, such as BlackBerry and Windows Phone.

By doing so, Huawei and Hongmun can provide media and software companies with a new platform for attention and resources.

For much of the past decade, Android and iOS have been the focus of the global end market. Android varies from region to region, most notably that the Google-nbsp;Play Store was never launched in China, but in essence, buying a new terminal is ultimately a choice between Apple and Google in terms of software.

Android has long been the dominant force in the Chinese market, with about four times as many Android smartphones as iOS smartphones, but the Honmun operating system is well placed to break that dilapidation. 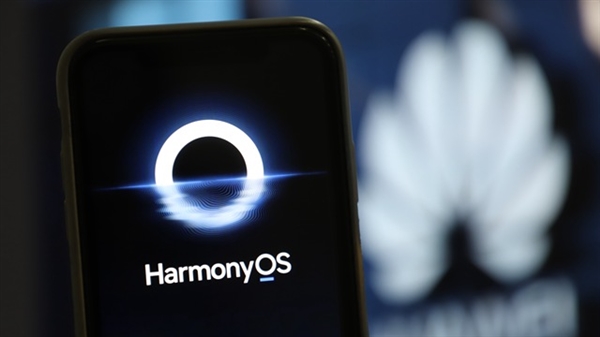 With Google banned from providing Google Mobile services to Huawei, the Chinese giant has begun developing its own operating system, which will be used for all devices in the Huawei ecosystem and may eventually be used in products from other hardware vendors.

Smartphones are the main category for using the new software, which also applies to TVs, but Huawei has said that the entire product line running the Hommon operating system, from refrigerators to smart speakers, will work together in this shared ecosystem.

For consumers, particularly in China and huawei's dominant other Asian markets, this could lead to a viable third operating system alternative for a range of smartphones, and given the size of China's domestic market, even a small share of the overall market could force media companies, app developers, and any other player who provides services or generates revenue through mobile platforms to pay attention. A third platform to invest resources and consider planning.

A key issue for media companies and developers is the long-term development of platform applications.

Currently, apps designed for Android can still run on the Hongmun operating system because the platform is coded similar to Android, but that could change in the long run and cause headaches for app development teams.

For companies that want to sell to Chinese consumers, the platform needs to be taken seriously because its widespread adoption will force companies that rely on subscriptions through applications such as video, music, and gaming companies to offer consumers products based on the Honmont operating system.

Huawei has been a strong player in China's domestic market, and even in the face of sanctions, it still ranks third in the world in smartphone shipments in 2020, so there could be a large number of Hongmon smartphones on the market in just a few years, so not participating in the platform would have a significant impact on subscribers or customers.

Outside the Chinese market, the situation remains unclear. Huawei has yet to commit to launching P50 and P50 Pro devices and the Honmont operating system in Europe and elsewhere.

In Europe and elsewhere, Huawei's phones still run Android-based EMUI, and Huawei has been successful in these markets before being restricted.

The international expansion is likely to start in The Asian market, where Huawei is adept at testing consumer demand for these devices before entering the market. If the expansion continues and gives Huawei a foothold in the post-Android era, it could pose a serious threat to both Google and Apple and provide a third-choice platform that has been largely lacking in the market over the past decade.

Another potential factor may be that other vendors, especially in China, have chosen the operating system themselves and helped accelerate adoption.

While other manufacturers have yet to take such action, at least one or two are expected to test consumer reaction and take advantage of Huawei's vast in-house development resources and market share.