Apple announced that employees had the right to discuss working conditions and pay after months of internal disputes over employee income at one of the world's most valuable companies, according to an employee memo obtained by NBC. Since 2016, Apple says its employees in the U.S. have met the goal of equal pay for equal work. But according to two current and former employees, they can't actually verify that.

Now, according to the memo, Apple is telling employees that they have the right to discuss their salaries and express their concerns outside, a major shift for the famously enigmatic tech giant. 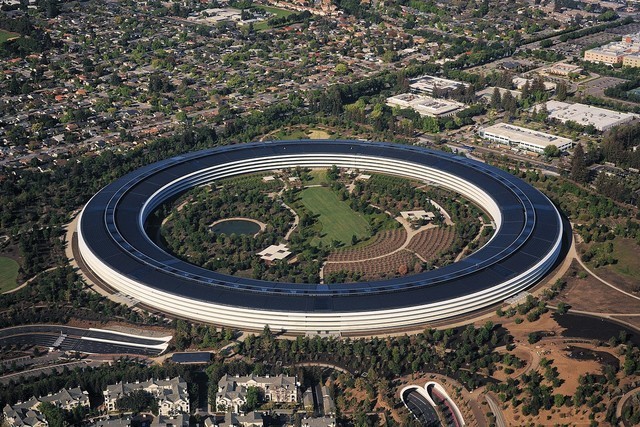 The memo was posted on Apple's insider website, which is accessible to up to 80,000 temporary and salaried employees in the United States.

"Our policy does not restrict employees from freely talking about their wages, hours, or working conditions," the memo reads. "We encourage any employee with concerns to come forward in the way they feel most comfortable, both internally and externally, including through their manager, any Apple manager, personnel support, people business partners, or business practices." ""

This statement affirms the rights granted to private sector employees by the National Labour Relations Act, which allows workers to organize to discuss their working hours and wages. Echoing the language in Apple's business conduct policy, the memo says that nothing in the rule "should be interpreted as limiting your right to freely talk about your wages, hours, or working conditions." ""

Earlier this year, Apple refused to add a similar narrative to its employment agreement when a group of activists and shareholders asked. According to technology activist Ifeoma Ozoma, the company says the language is already covered by its business conduct policy.

The memo is a victory for Apple organizers like Cher Scarlett, who said in the National Labor Relations Board's complaint that the company limited their ability to discuss pay and working conditions by shutting down informal pay investigations and blocking the pay-equal Slack channel.

Since August, there have been eight allegations of unfair labor practices against Apple, ranging from illegal firings to harassment. One of the charges has been dismissed.

The NLRB, the federal agency that oversees U.S. labor law, is investigating the remaining seven allegations. If it finds any allegations credible, it could force Apple to post a notice similar to the one issued today, confirming that workers have the right to speak their minds.

"It's a victory for employees because it shows that Apple knows that if this is decided, they will lose," said Veena Dubal, a professor at the University of California Hastings School of Law. But it also highlights how little the law deters unfair labor practices and how much they can get when workers' organizational rights are violated. ""

For months, Apple workers have been fighting the opacity of their earnings. Apple's diversity and inclusion page states. "Globally, employees of all genders earn the same when they do similar jobs, have comparable experience and performance." But employees who conducted informal pay surveys identified possible pay gaps and asked Apple to explore them further. They say the company did not do so.

Apple has also previously closed three employee-sponsored pay equity investigations, citing a ban on personally identifiable information and a ban on such investigations on the company's corporate accounts.

In September, Scarlett, an Apple software engineer, filed an NLRB complaint against the company, alleging retaliation against workers for their protected activities when they tried to discuss their pay. She recently settled with Apple and asked the NLRB to drop her allegations.

"Scarlett and other brave employees helped Apple uncover pay equity and transparency issues," said her lawyer, Alexander Middot; Feuerstina. "As a result, dialogue between employees in different parts of the company is taking place in a way and on a scale that has not happened before." We hope that this critical organizational work will continue".

Scarlett said she couldn't go into the details of her reconciliation. She could not comment on whether she planned to continue working with AppleToo, an advocacy group she helped create.

Janneke Parrish, one of the group's co-founders, was fired by Apple in October for deleting files from her work phone while an internal investigation into the leaks took place. She also filed an unfair labor practice complaint against the company, alleging that the company retaliated against her for her organized behavior.

Parrish said she sees Apple's latest memo as a major victory for employees. "What we've been saying for months is that workers have rights and our voices should be heard," she said. Apple has repeatedly tried to prevent us from using our voices to discuss working conditions and compensation. This memorandum shows that we have a legitimate right to speak. It also shows the power of workers in unison. When we work together and make a sound together, even the biggest companies have to listen to us. ""

Related news
Hong Kong Octopus will support Apple Pay
Hot news this week
Titanium Media Publish Assesum: People's Bank: Digital RMB Winter Olympics pilot has entered the sprint phase; Tesla announced that 250,000 Powerwall energy storage power stations have been installed
Capital does not love SAIC, "flying" subsidiary, Jet Hydrogen Technology intends to go to science and technology board
Study on the sequelae of COVID-19 in the Chinese team: Shortness of breath, depression and other problems still existed nearly one year after discharge
Tencent responded to "APP to get ridiculous": Upgrade APP is now downloaded for user rights protection
Great Wall electric car goods wrong board! Little sister rights: female car owners are not stupid money
US media: If it is unable to quickly solve the problem of incomplete behavior in the company, the moving Blizzard CEO will consider resignation
Gree announced the implementation of the double-holiday work system Dong Mingzhu from the media voice netizen God reply
Wechat: It will not be possible to create an account for controlling comments and Revelations related to star artists
Netease Cloud Music will soon be listed on the back of 200 million monthly live users how to make money
The ninth batch of online anchor warning list announced Wu Yifan, Zheng Shuang and other 88 people in column
The most popular news this week
Huawei Watch GT 2/2E Upgrade: Download third-party apps
Miit: China's 5G terminal users reach 450 million! Accounting for more than 80% of the world
Sources say tesla's German plant will start production in December, while Volkswagen's Audi will start production of the Q4
The first batch of invited to become Apple ecological developers, Bunkes launched a variety of Magsafe accessories
Intel ignition level 56 core bubble! AMD can go to sleep
5G Core Standard Essential Patent Competition: Huawei Wins again!
MIUI development version upgrade! 4G was "discriminated against"
Tea Party CEO Tan Jong: Bringing together youth and women to build a new future for Asia
The birth of the Chinese own genetic variability is named "female 娲"
The most dead industry: the Internet can only row the second first thoughts