Apple M1 series performance beyond Intel: The biggest short board is in this group

According to foreign media reports,The new version of the M1 released by Apple is more powerful, and even significantly transcends Intel. This is a biggest short board, but it is a mess of applying ecology.

There are foreign media editing, recently used the new MacBook Pro, which is equipped with the M1 Max chip, the performance of the 16-inch models previously equipped with the Intel processor, but the only key issue is to apply the ecosystem. Apple's Mac App Store has achieved some progress in recent years, no longer a & ldquo; ghost town & rdquo;, but also become a chaotic.

It is reported that Apple and third parties have provided a variety of different ways for MAC application development, making it chaos for the developer community, sometimes making consumers feel confused.

In addition, Apple has previously launched a cross-platform application development strategy, allowing developers to optimize their iPad app for iMAC usage, or let the unmodified iPhone application run on the desktop, but this strategy does not spread like Apple hopes. . 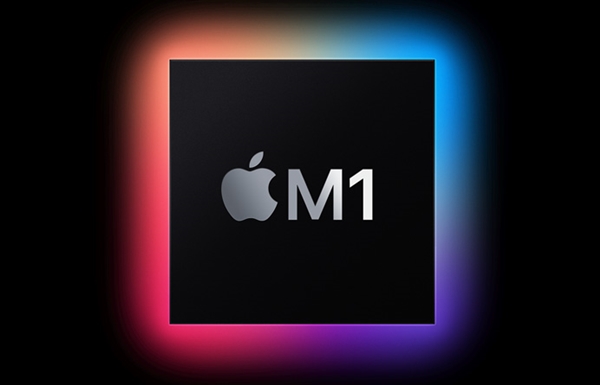 Related news
Apple's self-developed MAC chip M1 details: performance and energy efficiency doubled, far better than Intel processor
Apple M1 chip runs to crush Intel 10 core i9 organization: new MacBook to sell!
Detailed evaluation of Apple silicon M1 MacBook Air
Apple M1 performance reviews out power and speed x86 competitors
PC will change! Is apple M1 killing arm the future?
Ifixit disassembles Apple silicon MacBook to reveal M1 custom chip
Apple M1 chip: breaking Antu rabbit record with score over 1.1 million
Apple M1 chip: more than 1.1 million points, breaking the record
The document confirms that the power consumption of M1 MAC Mimi is only 1 / 3 of that of Intel chip version
Apple M1 series performance beyond Intel: The biggest short board is in this group
Hot news this week
Capital does not love SAIC, "flying" subsidiary, Jet Hydrogen Technology intends to go to science and technology board
Study on the sequelae of COVID-19 in the Chinese team: Shortness of breath, depression and other problems still existed nearly one year after discharge
Wechat: It will not be possible to create an account for controlling comments and Revelations related to star artists
Tencent responded to "APP to get ridiculous": Upgrade APP is now downloaded for user rights protection
WeChat Alipay personal collection code will not be used for business collection, digital currency sector rises
Big bang! Wechat, Alipay personal payment code can not be used for business payment, what is the impact on you?
Netease Cloud Music will soon be listed on the back of 200 million monthly live users how to make money
The Ministry of Industry and Information Technology has taken transitional administrative guidance measures against Tencent
1.6 billion yuan too cheap? BMW's $1.6 billion takeover of Brilliance's Factory in China has been called off
Interpretation of the more than Q3 financial results: dead agriculture shrink self-employment, transformed into "more farmers"? | the planet of wealth
The most popular news this week
Huawei's new 4G Hongmeng mobile phone has been certified with a maximum 40W fast charge
Can Apple bring iphones back from China and assemble them locally? Harvard Professor: Not a chance
Ren Zheng did not ask the hi Malayashan Huawei Hai Xi continued to expand: 2022 chip recruitment
State order: crack down on vulgar, violent online language
Ren Zhengfei asked to climb the Himalayas Huawei Hayes is not dead: 2022 continues to expand
The OLED of the jade is originally: 6999 yuan
Spain "Uprising News": Chip and Biden's obsession on China
TSMC Samsung and more than 150 other semiconductor companies submit chip confidential data U.S. statement: Very satisfied
In violation of prudential rules, a Bank of Beijing Shanghai branch was fined 500,000 and two of those responsible were banned from business
The third quarter of the third quarter was 0.2% year-on-year.