According to the owner, the Great Wall Eulaolao cat is suspected of false propaganda, good cat propaganda host entertainment system, the use of the central processor for the latest Qualcomm 8 core high-performance chip. 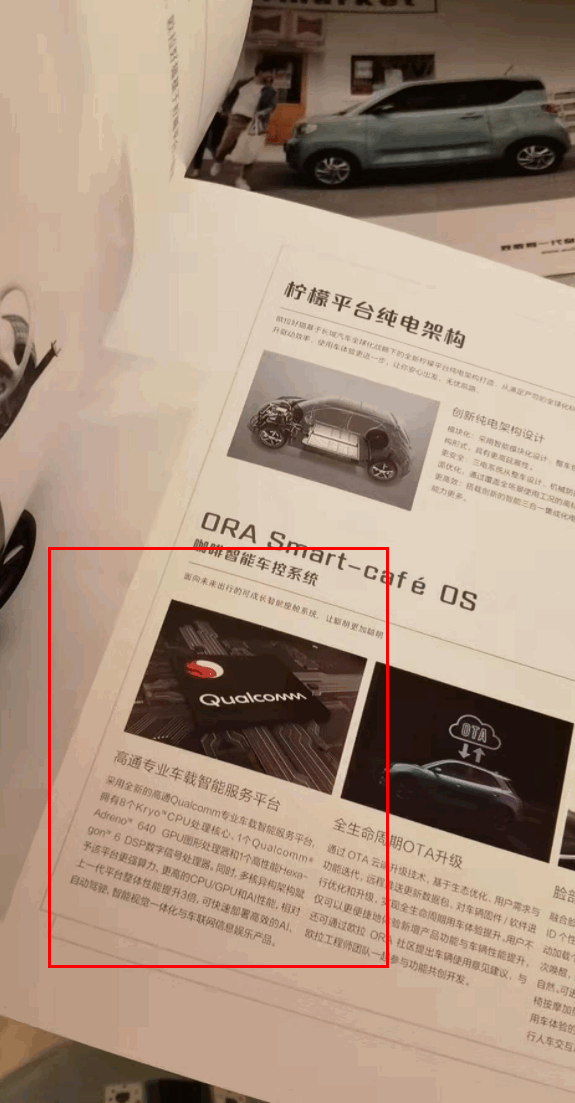 But the car owner actually tested it,The central processing unit is an old quad-core Intel A3940 chip that was released five years ago, which is not as good and compatible as advertised. 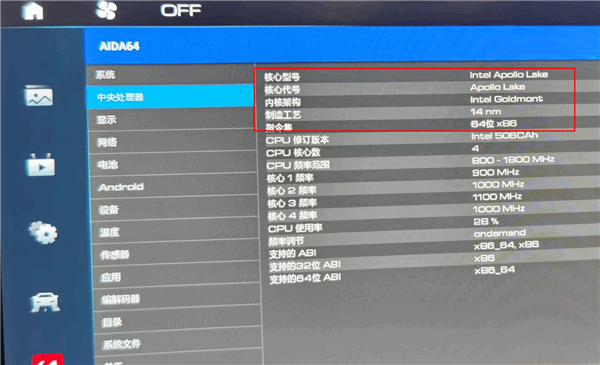 Car owners repeatedly to the manufacturer 400 reaction, the manufacturer still claimed to use qualcomm 8 core chip at the beginning, and so on later car owners through the car quality network and other websites to complain.

Manufacturers began to change their attitude, and through the Great Wall 4S shop to convey a reply to the owners,The admission that the entertainment system uses Intel chips for its central processing unit and Qualcomm chips for its communications module is an attempt to confuse the public.

In addition, on November 10, the manufacturer quietly deleted the previous propaganda content about Qualcomm chips and other related accessories on the official website, which further confirmed that the manufacturer was false propaganda and misled consumers.

Owners claim that Great Wall Euler has admitted the use of Intel chips in the main engine of its vehicles, but has turned a blind eye to consumers' demands for replacement of the vehicles, or to make up for the ease of use of vehicles by upgrading Carplay and Hicar.

The Great Wall tried to pass. The communication module uses Qualcomm as an excuse to get away with false propaganda. . At present, the Great Wall euler official website has been deleted Qualcomm copywriting content.

In fact, the positioning consumer group of Euler good cat is mainly female car owners, and car owners can find that the car chip goods are wrong, but also related to the poor performance of its car system.

According to female car owners, we started as a group of car owners who shared the interior decoration. Every day, we thought about how to make the car beautiful. After all, I bought a car based on the appearance level, and I didn't do much research on the performance.

Later, when I picked up the car, I found that CarPlay was not supported, and the built-in C+ interconnection was very difficult to use. Later, I went to 400 to complain and make suggestions, hoping to increase the CarPlay function, but the Official of Great Wall ignored us and ignored the needs of car owners.

Car owners helpless, so there are owners want to understand their own crack, the results of access to the car machine system found that the chip was not the goods version, the propaganda of high performance Qualcomm processor, actually released 4 years ago for the old Intel processor. 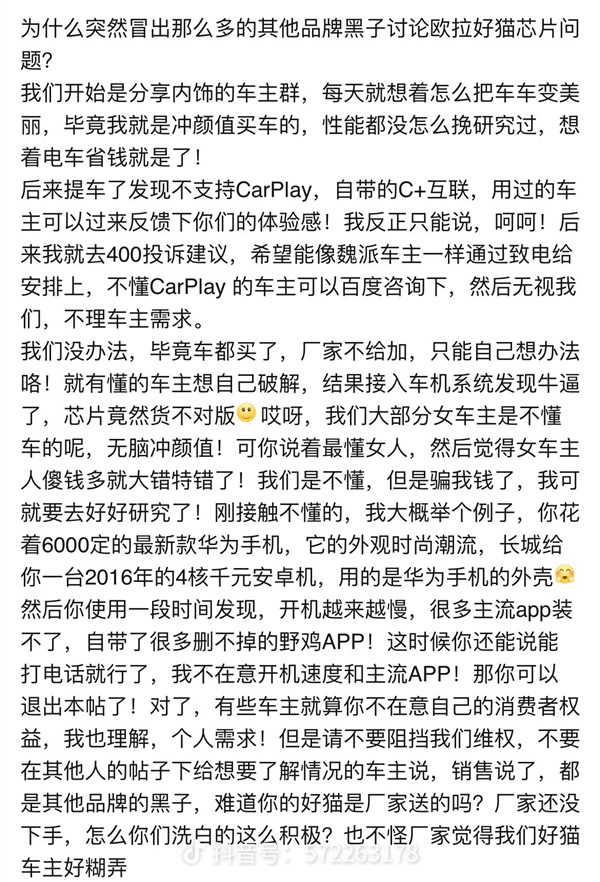 Related news
Money Spells to Attract Money Instantly +27836633417
+2349025235625 I want to join occult for money
+2349031459947 %%π¶ I want to join occult for money ritual
Great Wall electric car goods wrong board! Little sister rights: female car owners are not stupid money
Hot news this week
Zhao Lijian responded to the British "blocking" Huawei: generalizing the concept of national security harms others and harms themselves
Zhao lijian said the UK's decision to block Huawei under PRESSURE from the US was damaging others and not benefiting itself
Half a billion! Pay treasure collect five blessing to come: exceed 50 thousand people collect qi have you
Behind Microsoft's acquisition of Blizzard: Intended to build a super game carrier, SONY is the most hurt
Behind the exposed layoffs, China has praised the loss growth, and the stock price has fallen 67% in three months.
Mediatek's 40% share topped the mobile SoC market, leading for six consecutive quarters, followed by Qualcomm and Apple
The largest transaction in Microsoft's history! Hao Zhi 436.1 billion cash acquisition moving blizzard
Microsoft's $68.7 billion acquisition of Activision Blizzard became the largest acquisition in the company's history
Huawei applied for the Tianchi trademark again, and the international classification is scientific instruments and website services
Cait: it is not recommended to take quarantine measures directly for travel card users with asterisks
The most popular news this week
7 years! The classic control panel doesn't die: Windows 11 takes another step back
The most comprehensive summary! Apple will release the most equipment in history this year.
Microsoft forced upgrade Windows 10 20H2: It also uses machine learning
VR/AR global invention patent ranking TOP100: Samsung, Tencent, baidu top 3
Good start! China's software business revenue increased by 17.7% to 9,499.4 billion yuan in 2021
Microsoft Surface Pro 8 pushes the January driver update
How hard does the physics teacher work in class? Dismantle your own iPhone and induction cooker for students to see
Huawei applied for the registration of petal series trademarks
Tencent, China Merchants Port established The Port teng Internet technology company, registered capital of 50 million
Xiaomi applying for a Mibao trademark, international classification is a financial property management