When did the Tesla Model S Plaid in China? Masque: or launched in March 2022

On November 22, Tesla CEO Mask replied when answering netizens in social platforms that Tesla Model s Plaid was launched in China in March next year. 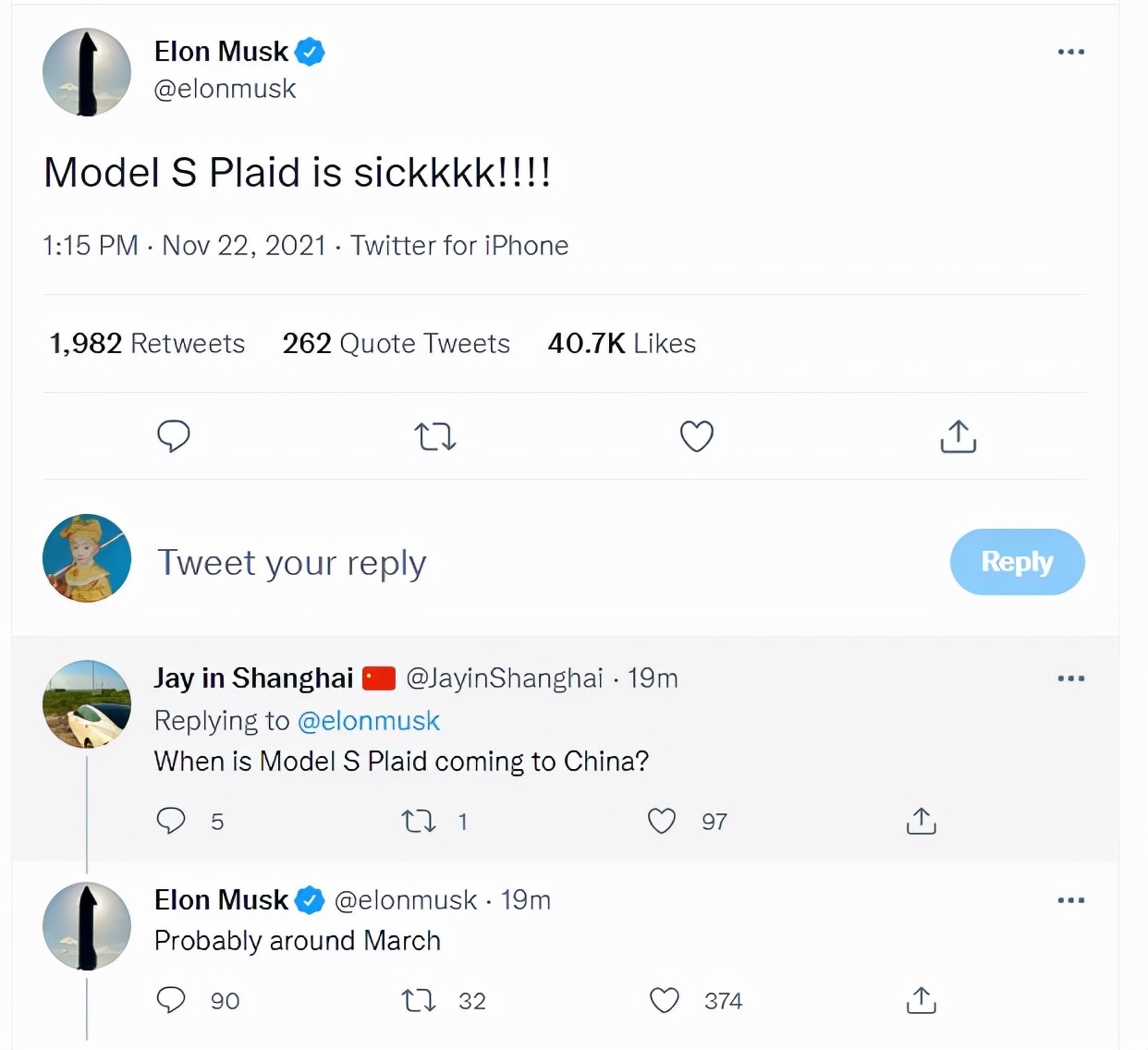 The publication shows that Tesla Model S Plaid is an imported pure electric car, which is equipped with three high-performance motors, with a maximum power of 1020 horsepower, the maximum speed of 322 km / h, and the speed of 100 kilometers is only 2.1 seconds.