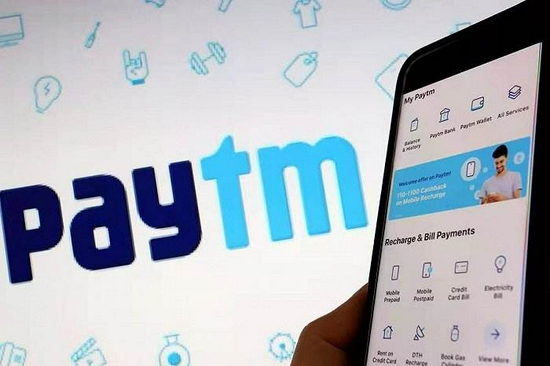 Paytm founder Vijay Shekhar Sharma has urged employees to ignore the Indian payments company's poor debut in the market, according to two people familiar with the matter. He compared it to the challenges faced by carmaker Tesla after it went public more than a decade ago.

Paytm's shares plunged for a second day on Monday, wiping nearly $7bn off the valuation of its $18.74bn listing, making it one of the worst initial public offerings ever by a large Indian company.

Mr Sharma, Paytm's chief executive, advised employees to take comfort in the Tesla case, according to the two people who attended Paytm's post-ipo staff meeting late last week. Tesla, once a prime target for short sellers, is now the world's most valuable carmaker.

Other business leaders reportedly spoke at the meeting, which lasted more than four hours. Mr Sharma urged staff to focus on market expansion, stressing that execution would predict the company's fate.

Paytm did not immediately respond to a request for comment.

The market rout has cast doubt on upcoming ipos in India, including smaller rival MobiKwik and hotel aggregator OYO, as their valuations come under closer investor scrutiny.

"Indian ipos have been hot, so the broader market correction has hurt these stocks the most," said Deepak Shenoy, founder and chief executive of Capitalmind, a company based in Bangalore, southern India.

He said people would be reluctant to enter the stock market when conditions were unfavourable, raising the possibility that some soon-to-list companies would be delayed.

Paytm said on Sunday that its gross merchandise volume -- the total sales processed through its platform -- rose 131 per cent in October from a year earlier.

The news failed to stop a fresh round of selling as investors continued to question the company's overvaluation and its business model.

In 2010, Sharma founded Paytm, a mobile top-up platform whose backers include SoftBank and Ant Group, and raised about $2.5 billion in an IPO.

Paytm grew rapidly after Uber, the ride-hailing company, introduced it as a fast payment option in India. A ban on high-denomination notes in India at the end of 2016 also boosted digital payments, with Paytm adoption surging.

Speaking to the media after the listing on Thursday, Mr Sharma said he had no qualms about the slide and did not regret going public.

On the day of Paytm's listing, an RBI task force had proposed the creation of a self-regulatory body covering digital lending participants.

Brokerage Macquarie Research said in a note to clients on Nov. 18 that setting up a self-regulatory body could lead to higher compliance costs for all fintech companies, including Paytm.

Related news
According to the biography, "Indian Alipay" Paytm intends to raise US $2 billion Ant Financial Services Group, Softbank Corp. leads the investment
Microsoft wants to invest in paytm, the largest payment platform in India, which was invested by Ali
Microsoft invests $100 million in paytm, India
India's "Alipay" PayTM listed ranked founder is self-contained
The founder of Indian payments giant Paytm has compared it to Tesla consoling its employees
Hot news this week
Titanium Media Publish Assesum: People's Bank: Digital RMB Winter Olympics pilot has entered the sprint phase; Tesla announced that 250,000 Powerwall energy storage power stations have been installed
Capital does not love SAIC, "flying" subsidiary, Jet Hydrogen Technology intends to go to science and technology board
Study on the sequelae of COVID-19 in the Chinese team: Shortness of breath, depression and other problems still existed nearly one year after discharge
Great Wall electric car goods wrong board! Little sister rights: female car owners are not stupid money
US media: If it is unable to quickly solve the problem of incomplete behavior in the company, the moving Blizzard CEO will consider resignation
Tencent responded to "APP to get ridiculous": Upgrade APP is now downloaded for user rights protection
Gree announced the implementation of the double-holiday work system Dong Mingzhu from the media voice netizen God reply
Wechat: It will not be possible to create an account for controlling comments and Revelations related to star artists
Netease Cloud Music will soon be listed on the back of 200 million monthly live users how to make money
The ninth batch of online anchor warning list announced Wu Yifan, Zheng Shuang and other 88 people in column
The most popular news this week
Huawei Watch GT 2/2E Upgrade: Download third-party apps
Miit: China's 5G terminal users reach 450 million! Accounting for more than 80% of the world
Sources say tesla's German plant will start production in December, while Volkswagen's Audi will start production of the Q4
The first batch of invited to become Apple ecological developers, Bunkes launched a variety of Magsafe accessories
Intel ignition level 56 core bubble! AMD can go to sleep
5G Core Standard Essential Patent Competition: Huawei Wins again!
MIUI development version upgrade! 4G was "discriminated against"
Tea Party CEO Tan Jong: Bringing together youth and women to build a new future for Asia
The birth of the Chinese own genetic variability is named "female 娲"
The most dead industry: the Internet can only row the second first thoughts