On November 23rd NetEase Announced that it would issue 16 million common shares worldwide, with a price range of HK$190-220 per share, with a proposed capital raising of HK$3.04-3.52 billion and an over-allotment rights of no more than 15 per cent.

According to the plan, NetEase Cloud Music will launch a global sale on November 23, announce the final pricing and placement on December 1, and list on the Hong Kong Stock Exchange on December 2 under the ticker code "9899.HK". The company has brought in three cornerstone investors: NetEase, Sony Music Entertainment and Orbis Investment Management Ltd., to subscribe for a total of $350 million (about HK$2.73 billion) in shares for a six-month lock-up period.

Users are willing to pay mainly because the content construction of the platform to form a stickiness to it. NetEase Cloud music main "music social", to create a single song mode instead of the library mode, the opening of music review area, take the route of supporting original music, pay attention to connecting musicians and users. In 2018-2020 and the first nine months of 2021, the average monthly revenue per paying user in the online music sector will be 8.9 yuan, 9.3 yuan, 8.4 yuan and 6.8 yuan, respectively.

According to the prospectus, in the first half of 2021, NetEase Cloud Music Daily Listening Users listened to songs for an average of 76.9 minutes a day, bringing the total number of UGC songs to 2.8 billion. In June 2021, about 27% of monthly users actively working on UGC creations were recommended from the platform for 3 out of every 10 music plays. 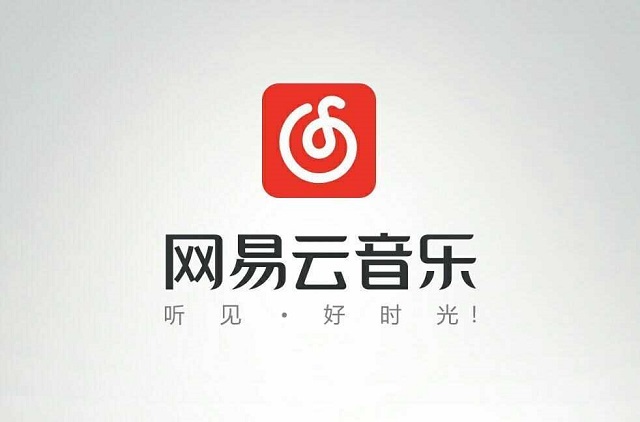 In addition, with the expansion of music video business and long audio business, the company is expected to have some room for growth.

NetEase Cloud Music officially announced a partnership with Jiyin in August 2020 to focus on the ecological construction of "Music and Short Video" content. In September this year, NetEase Cloud Music launched its product feature", "Vinyl Story", which presents the story behind the song in the form of video on the vinyl playback page, giving the music more visual experience and further tapping into the value of short video for music.

In addition, with the opening of copyrights and the cancellation of high upfront payments, the company's costs will become more manageable.

From 2018 to 2020 and the first half of 2021, the Company's content service costs were RMB1,970.9 million, RMB2,853 million, RMB4,787.5 million and RMB2,759.4 million, respectively, accounting for 171.7%, 123.1%, 97.8% and 86.7% of the Company's current operating income, representing a year-on-year decline. The cost of content services mainly includes content licensing fees paid to music studios, independent musicians and other copyright partners, as well as revenue sharing fees paid to live performers and their live guilds.

Recently, NetEase Cloud Music has reached strategic cooperation with Modern Sky, Imperial Entertainment and China Recording Group. Previously, the latter had an exclusive copyright agreement with Tencent Music. In July, authorities asked Tencent and its affiliates to remove exclusive rights to music. With the termination of the exclusive copyright model of the domestic online music industry, Modern Sky, Imperial, China Recording Group and other previously "exclusive" music copyright is now being shared, copyright opening up to the market back to a reasonable state of competition.

In October this year, at the International Copyright Expo Digital Music Copyright Development Sub-Forum, NetEase CEO Ding Lei said that the development of China's music industry has entered a new stage, and the main theme of the copyright industry has changed from "bigger" to "stronger", from "closed" to "open". In his speech, he put forward his own ideas for the future development of the industry: through the establishment of a world-class copyright governance and distribution model, so that outstanding original musicians have success, income, while digging deep copyright value, play the spiritual cohesion of music, from a single economic benefits, to multi-dimensional social benefits.

Related news
You can generate the annual song list on Apple Music
Why do I suggest you switch to Apple Music
+2349025235625 I want to join occult for money
NetEase Cloud Music is due to go on sale in Hong Kong on December 2 with a maximum price of HK$220
The valuation is over $32.7 billion! Domestic music platform giants to Hong Kong listing
NetEase Cloud Music to lead 180 million "cloud village" users to take the lead towards the meta-universe?
Hot news this week
Capital does not love SAIC, "flying" subsidiary, Jet Hydrogen Technology intends to go to science and technology board
Study on the sequelae of COVID-19 in the Chinese team: Shortness of breath, depression and other problems still existed nearly one year after discharge
Wechat: It will not be possible to create an account for controlling comments and Revelations related to star artists
Tencent responded to "APP to get ridiculous": Upgrade APP is now downloaded for user rights protection
WeChat Alipay personal collection code will not be used for business collection, digital currency sector rises
Netease Cloud Music will soon be listed on the back of 200 million monthly live users how to make money
Big bang! Wechat, Alipay personal payment code can not be used for business payment, what is the impact on you?
The Ministry of Industry and Information Technology has taken transitional administrative guidance measures against Tencent
1.6 billion yuan too cheap? BMW's $1.6 billion takeover of Brilliance's Factory in China has been called off
Interpretation of the more than Q3 financial results: dead agriculture shrink self-employment, transformed into "more farmers"? | the planet of wealth
The most popular news this week
Huawei's new 4G Hongmeng mobile phone has been certified with a maximum 40W fast charge
Can Apple bring iphones back from China and assemble them locally? Harvard Professor: Not a chance
Ren Zheng did not ask the hi Malayashan Huawei Hai Xi continued to expand: 2022 chip recruitment
State order: crack down on vulgar, violent online language
Ren Zhengfei asked to climb the Himalayas Huawei Hayes is not dead: 2022 continues to expand
The OLED of the jade is originally: 6999 yuan
Spain "Uprising News": Chip and Biden's obsession on China
TSMC Samsung and more than 150 other semiconductor companies submit chip confidential data U.S. statement: Very satisfied
In violation of prudential rules, a Bank of Beijing Shanghai branch was fined 500,000 and two of those responsible were banned from business
The third quarter of the third quarter was 0.2% year-on-year.