Zhou Hongyi: Teslun service interrupt has limited impact, if it is hacked, it will threaten personal safety 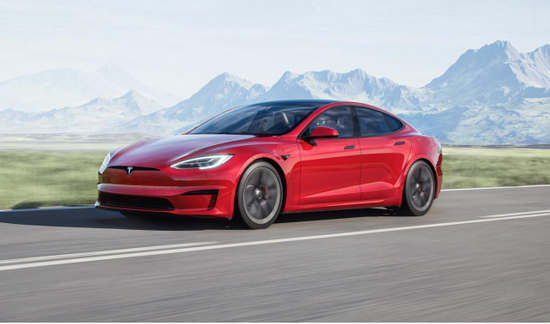 Recently, many Tesla owners in the world have sent a document on the tweet, they can't link the phone to their vehicle, in some cases, even can't start the car, which mentioned a "500 internal server error".

On November 22nd, the chairman of the 360 company Zhou Hongyi asked Tesla Cloud Service Interrupted Comments: This matter, the smart network car must be connected to the cloud server of the car enterprise, and the remote instruction is accepted by continuously uploading the driving status data. This time, the owner can't drive the door impact may not be large, but if it is organized by hackers, it may threaten driving safety, personal safety. According to statistics, nearly 1/3 of the automotive network attack event is initiated by the cloud server.

In fact, this is not the first thing that Tesla has appeared for the first time. In September last year, Tesla has also encountered global downtime, and the owner is trapped because of the mobile phone to connect to the car. In this regard, Mask responded that "It seems that we may accidentally increase the length of network traffic. We will take steps to ensure that this situation is no longer."

Zhou Hongyi said in public speaking that the number of different generations is no longer a simple security issue, but upgraded to big data security, cloud security, Internet security, new terminal security, network communication security, supply chain security, application security The complex seven security challenges. He as an example of the Mercedes-Benz company found in 360 as an example. Through the Mercedes-Benz company, you can turn over 6 million vehicles from 2016 throughout the world, remote switching door, remote flameout, if this problem You can't get repaid, the hazard will be extremely huge.

At present, 360 is also one of the Internet giants of the car. As of October 27 this year, the 360th Group has two consecutive rounds of the car, the total investment total is 2.9 billion yuan, and the total of 16.5940% stake in the total investment 吒 The first major shareholder in addition to the management team. 360 intelligently uses intelligent network car safety as the cornerstone, which will engun itself in the accumulation and experience of network security, intelligent hardware security, and car security. (School inlarge / james)

Related news
Tesla Model 3 as the only electric car to win IIHS Top Safety Pick title again
Microsoft Family Safety iOS and Android Edition Start Preview
Amazon personal shopper now covers men's fashion, providing thousands of brands and hundreds of thousands of styles (photo)
Hot news this week
Titanium Media Publish Assesum: People's Bank: Digital RMB Winter Olympics pilot has entered the sprint phase; Tesla announced that 250,000 Powerwall energy storage power stations have been installed
Capital does not love SAIC, "flying" subsidiary, Jet Hydrogen Technology intends to go to science and technology board
Study on the sequelae of COVID-19 in the Chinese team: Shortness of breath, depression and other problems still existed nearly one year after discharge
Tencent responded to "APP to get ridiculous": Upgrade APP is now downloaded for user rights protection
Great Wall electric car goods wrong board! Little sister rights: female car owners are not stupid money
US media: If it is unable to quickly solve the problem of incomplete behavior in the company, the moving Blizzard CEO will consider resignation
Gree announced the implementation of the double-holiday work system Dong Mingzhu from the media voice netizen God reply
Wechat: It will not be possible to create an account for controlling comments and Revelations related to star artists
Netease Cloud Music will soon be listed on the back of 200 million monthly live users how to make money
The ninth batch of online anchor warning list announced Wu Yifan, Zheng Shuang and other 88 people in column
The most popular news this week
Huawei Watch GT 2/2E Upgrade: Download third-party apps
Miit: China's 5G terminal users reach 450 million! Accounting for more than 80% of the world
Sources say tesla's German plant will start production in December, while Volkswagen's Audi will start production of the Q4
The first batch of invited to become Apple ecological developers, Bunkes launched a variety of Magsafe accessories
Intel ignition level 56 core bubble! AMD can go to sleep
5G Core Standard Essential Patent Competition: Huawei Wins again!
MIUI development version upgrade! 4G was "discriminated against"
Tea Party CEO Tan Jong: Bringing together youth and women to build a new future for Asia
The birth of the Chinese own genetic variability is named "female 娲"
The most dead industry: the Internet can only row the second first thoughts