On November 23, netease Cloud Music announced that it would issue 16 million ordinary shares globally at a price range of HK $190 ~ HK $220 per share, and planned to raise HK $3.04 billion ~ HK $3.52 billion. Netease Cloud Music plans to begin trading on the Hong Kong Stock Exchange at 9 a.m. on Dec. 2 under the symbol 9899.HK, according to the prospectus. 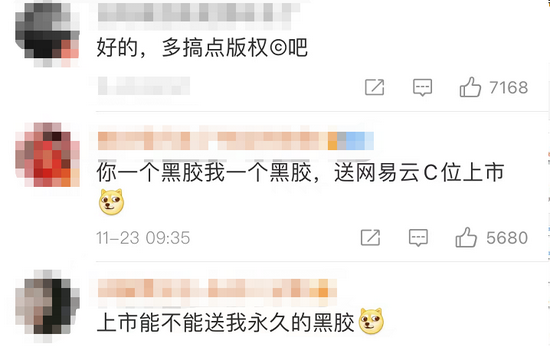 With the listing of netease Cloud Music, the competition between the two online music platforms in the capital market is becoming increasingly fierce. Tencent Music, which is on the same circuit, has seen its share price fall 60.34% so far this year, with a total market value of $12.914 billion, due to the impact of the new regulation and intensified competition from pan-entertainment platforms. What is the attitude of capital market towards online music platform in post-copyright era? Short video platform under attack, online music market competition pattern and how? 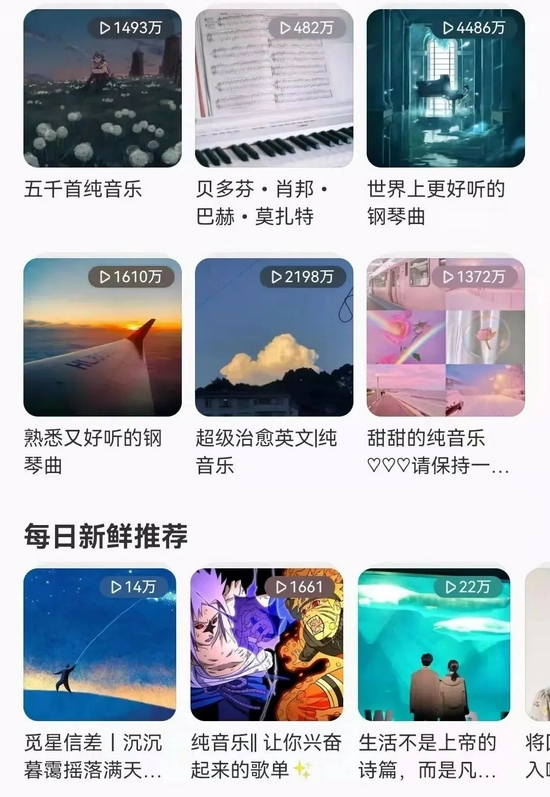 Netease, SONY Music and others subscribed $350 million.Its post-ipo valuation is about HK $40 billion

According to the latest offering document, netease Cloud Music plans to sell 16 million shares globally, of which 90% will be allocated to international investors, or 14.4 million shares. 10%, or about 1.6 million shares, will be sold in Hong Kong. The offering price is BETWEEN HK $190 and HK $220 per share, and the company intends to raise BETWEEN HK $3.04 billion and HK $3.52 billion.

Data show that continuing to cultivate the music community is one of the main uses of netease cloud music fundraising, accounting for 40% of the total fundraising. In addition, 40 percent of the capital raised will be used to continue innovation and improve technology capabilities, while the rest will be used for general purposes such as acquisitions and strategic investments.

According to the prospectus calculation, assuming that the over-allotment is not exercised, the shares raised by netease Cloud Music account for 7.7% of the total issued shares. Based on the calculation of HK $190 to HK $220 per share, netease Cloud Music will be valued between HK $39.47 billion and HK $45.71 billion after listing.

It is worth noting that, assuming that the over-allotment is not exercised, netease will hold more than 60% of netease Cloud Music's shares after the global offering, and Alibaba, the investor, will hold about 10% of the shares. As for the high shareholding ratio of netease, some analysts believe that this move can reduce the volatility of the stock price after the listing on the one hand, and attract more institutional investors to participate, which will support the performance of the ipo and the stock price after the listing. 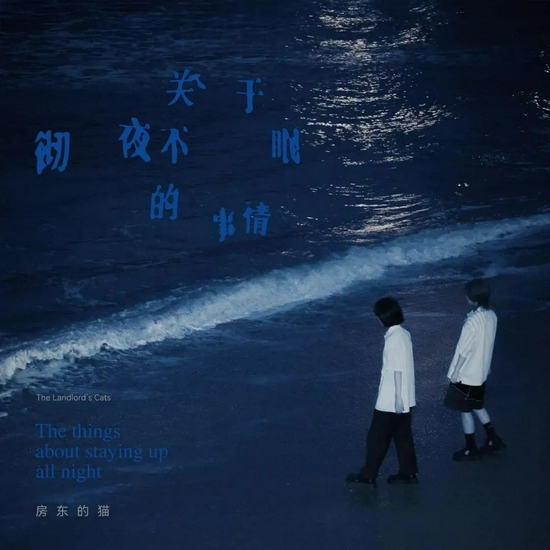 At the end of 2018, Tencent Music was listed on the New York Stock Exchange, becoming the first music platform in China to go public. With huge copyright advantages, Tencent music has built a moat to attract users. But now, with the elimination of the exclusive copyright model and copyright no longer a key factor in competition, the online music platform is quietly changing.

On the second-quarter earnings call, Tencent Music Chairman James Pang said the regulatory decision would have an impact on the company's daily operations, but not on the growth of paying users.

After the cancellation of exclusive copyright mode, online music platform has been the focus of the market and investors. Tencent Music, on the same track, is down 60.34 percent year-to-date, according to Choice data, with a total market value of $12.9 billion after the close of trading on Nov. 23.

The latest financial results show that in the third quarter of 2021, Tencent Music achieved revenue of 7.81 billion yuan, a slight increase of 3%; Net profit attributable to shareholders of the company was 740 million yuan, down 34.6% year-on-year. Among them, Tencent Music's online music business achieved revenue of 2.89 billion yuan, up 24.3% year on year. Tencent Music CHIEF Financial Officer Hu Min said the removal of exclusive rights, the gross margin will be affected in the short term, but the long-term impact will be positive.

In fact, in addition to the competition between Tencent Music and netease Cloud Music, online music platforms will also face competition from short video platforms such as Kuaishou and Douyin, as more and more users are willing to spend their time on short video.

Since this year, Bytedance, Kuaishou and other activities in the music field. In the first half of this year, Bytedance first set up its music business division, and later launched the "Music player" in Tiktok, adding the function of "listen to all songs". It is also a large investment in music, lehua entertainment, etc.

The release of exclusive copyright to a certain extent provides an opportunity for short video platforms such as Douyin and Kuaishou to enter the online music market. It remains to be seen whether the "music dream" of short video platforms can be realized. However, it is undeniable that the competition is increasingly fierce, even Tencent Music and netease Cloud Music on the capital market, they also need to find moat beyond copyright.

Related news
After selling the corkola, he needs this IPO.
How much is Google Cloud worth?
Heavyweight copyright return! Domestic music platform giant restarts IPO
NetEase Cloud Music is due to go on sale in Hong Kong on December 2 with a maximum price of HK$220
Netease Cloud Music IPO time set, valuation of HK $40 billion! Net friend: buy copyright more
Hot news this week
Titanium Media Publish Assesum: People's Bank: Digital RMB Winter Olympics pilot has entered the sprint phase; Tesla announced that 250,000 Powerwall energy storage power stations have been installed
Capital does not love SAIC, "flying" subsidiary, Jet Hydrogen Technology intends to go to science and technology board
Study on the sequelae of COVID-19 in the Chinese team: Shortness of breath, depression and other problems still existed nearly one year after discharge
Great Wall electric car goods wrong board! Little sister rights: female car owners are not stupid money
Tencent responded to "APP to get ridiculous": Upgrade APP is now downloaded for user rights protection
US media: If it is unable to quickly solve the problem of incomplete behavior in the company, the moving Blizzard CEO will consider resignation
Gree announced the implementation of the double-holiday work system Dong Mingzhu from the media voice netizen God reply
Wechat: It will not be possible to create an account for controlling comments and Revelations related to star artists
Netease Cloud Music will soon be listed on the back of 200 million monthly live users how to make money
The ninth batch of online anchor warning list announced Wu Yifan, Zheng Shuang and other 88 people in column
The most popular news this week
Huawei Watch GT 2/2E Upgrade: Download third-party apps
Miit: China's 5G terminal users reach 450 million! Accounting for more than 80% of the world
Sources say tesla's German plant will start production in December, while Volkswagen's Audi will start production of the Q4
The first batch of invited to become Apple ecological developers, Bunkes launched a variety of Magsafe accessories
Intel ignition level 56 core bubble! AMD can go to sleep
5G Core Standard Essential Patent Competition: Huawei Wins again!
MIUI development version upgrade! 4G was "discriminated against"
Tea Party CEO Tan Jong: Bringing together youth and women to build a new future for Asia
The birth of the Chinese own genetic variability is named "female 娲"
The most dead industry: the Internet can only row the second first thoughts