Do not know when to start, every emergency, public issues appear, will always be accompanied by a variety of extreme statements - a word does not agree with the bar, three sentences on the tear, emotional first, rational absence, consensus rare. Why is the Internet becoming more and more tolerant of rational discussion? Why do emotions always run in front of the truth? Why is the boycott popular? All these, have become the contemporary netizens common questions and pain points.

"Keyboard Man", spray or bar essence is the surface of internet users commonly used to "disruptors", in fact, the network hidden a large number of full-time "with anger party." 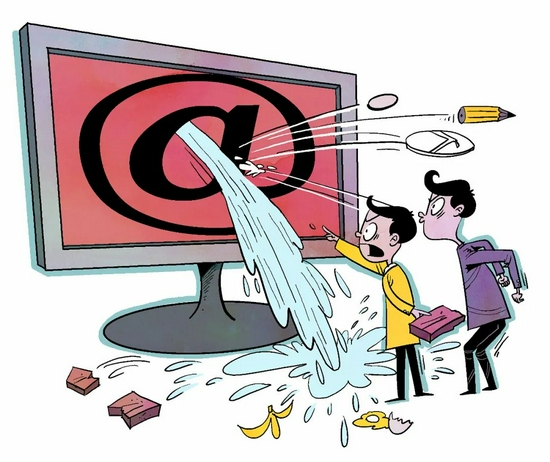 In the early days, the "Angry Party" was partly traffic-chasing KOL (the so-called "key opinion leader"), relying on radical ideas to catch the eye. The public look down on rural people, migrant workers by female drivers scolded ... Extreme views are more likely to gain traffic and attention, and the usual way to make a living from the media is to tabify and lead the public's discussion of issues into extremes.

Later, there appeared to be a left and right fighting each other's KOL, one hand and one foot on both ends to eat. One of the typical is the "left hand pink, right hand angry green" part from the media and big V. They concoct exaggerated titles, counter-dress loyalty, black powder, sometimes public knowledge, earn money that hates the country;

Later, matrix rhythmic MCN institutions have emerged. The so-called MCN organization, is the batch manufacturing marketing number or net red incubator, they can be customized in the same platform countless have their own expertise, distinctive personality of the "opinion leader." These "big" in the operation of the same body, or hype each other, or deliberately pinch each other, stir up emotions, do not kill you will never stop.

It is worth noting that "angry party" has become a new variable in the development and trend of internet public opinion, and the public opinion situation and communication mechanism in hot events have become more complex. Some platforms in order to harvest emotional flow, but also "with anger party" open one eye closed one eye.

Preventing the "Angry Party" from spreading anger and kidnapping public opinion requires not only the relevant departments of the state to do a good job in system design, but also to strengthen self-discipline and joint efforts.

First of all, network platform managers should not be greedy for the "angry party" brought about by emotional traffic. Platform should consciously assume social responsibility, timely set a false target, through stirring public anger and then murky water fish, harm the ecological accounts of public opinion to rectify. Resolutely close the account for those who lead to rumors and repeatedly teach not to change, mark the KOL or marketing number signed by the MCN organization, regulate management, and strengthen the audit and grade management according to the different levels of fan favorites for all kinds of large V that often appear on the top of the platform or recommend the position. After the focus event, the platform should pay special attention to the investigation and re-examination, to clarify which is the real public opinion, which is KOL, MCN and the Water Force conspired to create false public opinion, in order to target the governance.

Secondly, "opinion leaders" should strengthen their own constraints and do a good job of demonstration. Many "opinion leaders" have their own strengths in the vertical field, attracting a large number of fans. The greater the ability and responsibility, the greater the V should cherish their right to speak, cherish their influence, in the public noise to distinguish right from wrong, careful voice, respect the facts, awe of the truth, always remember "the illegal foreign land of the Internet."

Third, netizens should polish their eyes, do not be kidnapped by emotions, and jointly enhance respect for the facts, independent thinking, protection of common sense and other concepts.