The European Union passed the "Digital Market Law" sword refers to the American science and technology giants, and the industry experts have a lot of objections. 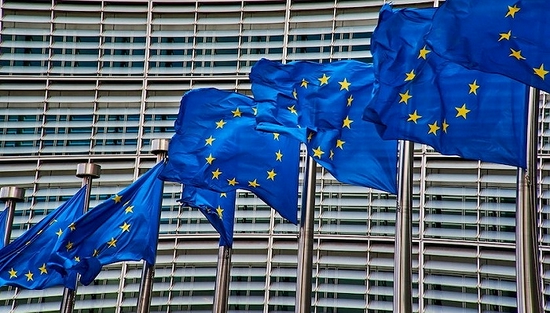 On November 23, the Internal Market and Consumer Protection Committee of the European Parliament passed the "Digital Market Law" (DMA) recommended cases. The clear goal of this bill is to limit the unfair competition of the Internet giants, but its specific agreement is full of controversy, which is likely to bring huge impact on the network ecology. Many industry experts believe that the bill will have a negative impact on small enterprises promotion, media and content providers, personal information exposure, and European employment markets.

Like the "Digital Service Law", the "Digital Market Law" is also mainly for the so-called rules developed by the "Gatekeeper" (ie, a market-dominated Internet company) to force them to share data with the competitors and regulators, and Promote its services and products fairly.

Compared with the European Union, the Act made a higher and more specific conditions for the "Guardian" company. First, the company needs to provide a core platform service at at least three EU countries, with at least 45 million terminal users, and more than 10,000 commercial users. Second, the annual turnover in the European Economic Zone (EEA) reached 8 billion euros, and the market value reached 80 billion euros.

For the "Guardian" company, the "Digital Market Law" mainly made the following stations:

First, you must not use the data to be targeted. The Act pointed out that "Paradise" companies do not allow user-purpose advertisements to users within the European Union unless the user is clearly permitted. When using consumer data, additional conditions need to be met, and the "General Data Protection Ordinance" (GDPR) is required. It also emphasizes that individual data of minors must do especially for commercial purposes, such as direct marketing, feature analysis, and behavioral orientation advertisements.

Second, restrict "Killer Acquisitions". "Hunting M & A" refers to the company's deliberate acquisition and closes startups to eliminate competition, and a typical case is Facebook to acquire Instagram events in 2014. In this Act, such companies will also be restricted and regulated in the European Union, and the M & A intentions must be licensed beforehand.

Fourth, realize interoperability. The latest "Digital Market Law" stipulates that Facebook, Apple, Microsoft and Google and other qualified "Guardian" companies have been approved by the EU member states, need to allow users to enable users to achieve messaging interconnection. Simply put, information exchange in Facebook, other applications should also be received synchronously, and can be replied.

If the "Guardian" does not comply with the above rules, the European Commission can impose a fine of "no less than 4%, but no more than 20%" on the global total turnover of the previous fiscal year.

For the "Digital Market Law" adopted with the European Parliament, international public opinion is quite controversial, especially in terms of targeted advertising.

Kay Jebelli, who represents Facebook and Amazon and other platforms, Kay Jebelli, said that the bill of European Parliament is "a knife and cut" practice, and the limit is not a small business. Bring effective help.

Key said, first, directional advertisement is a small enterprise into the market and expanded the main effective way, and the transfer of targeted advertisements will invigorate the admission barrier in the market; second, the main fund of European news media and content creation website The source is targeting advertisements, which also makes it difficult to benefit; third, some free versions of service platforms (such as Spotify, YouTube) have originated from targeted advertisements, which increases Europeans to visit the Internet. Fourth, the limitations of directional advertisements also make the personalization of the online user experience decrease with the limitations of large data push.

According to EU News Site EU Dynamics (EURACTIV), European Digital Rights (EDRI) Senior Policy Consultant Jan Penfrat said this kind of specific measures for minors have a huge disadvantage, that is, to implement These measures, the online platform first needs to collect verifiable age information about everyone. During the restriction process, sensitive information such as political perspectives, religious beliefs and sexual orientation is also subjective.

In terms of open-side application functions, Apple also expressed rejection once. Its CEO Cook has repeatedly stated that if Apple agrees to run on the iPhone and other devices, the function of the AppStore's label and application tracking transparency will be meaningless. Craig Federighi, Advanced Vice President of Apple, attacked the bill, which will allow multiple application stores to be defined as "the best friends of online criminals."

In addition, Michael Mandel, Vice President and Chief Economist of the Institute of Development Policy, said that the "Digital Market Law" will also affect employment. He said that the US e-commerce and technology industry has created 1.4 million jobs in the past four years, while DMA is the restriction trade measures for the creation of employment.

In fact, the European Parliament is not a rare thing for the US science and technology giants. The innate innate development of European Internet industry has made the US Internet companies' products and services have almost occupy the vast majority of European market share, one Europeans and Americans use There is almost no difference between social, shopping, entertainment, and office software. This also makes the EU investigations in digital fields and punishment for violations.

For the "Digital Market Law" through the 23rd, some experts reported that the American Media Techtarget, some experts in the American Issue Strategy and International Research Center (CSIS) believe that the legislation is too targeted, the main goal is the five major technology giants in the United States: Google, Apple, Amazon, Facebook and Microsoft. Among them, CSITH BROADBENT said: "Many policy makers in the US business are indeed thinking that this is to inhibit the development of US companies in Europe."

Next, the official said that the EU will vote on the "Digital Market Law" in December 2021 and planned to be implemented during the first quarter of 2002. The parallel proposal "Digital Service Law" (DSA) that regulates online platforms, handling illegal content and algorithms, and other issues will be voted by the Commission at a future meeting.

Related news
Digital Marketing Course in Bangalore
Google claims that its Digital Wellbeing software does not affect Pixel phone performance
Samsung applies for the Digital Bezel logo, which may be used for buttonless phone design
Chinese scientists protest against the scientific research environment in the United States. "Poisonous," Nature and Science speak out!
Apple launched Digital Masters to improve Apple Music's sound quality
Apple's Official Cooperative Brand: Deep Disassembly of Native Union Wireless Charging Bracket
Hot news this week
European Telecom I hope that the US science and technology giants bear the cost of network construction
5G Core Standard Essential Patent Competition: Huawei Wins again!
Sources say tesla's German plant will start production in December, while Volkswagen's Audi will start production of the Q4
WeChat "intercom" upgrade: point-to-point open external chain, group chat can access e-commerce class chain
Blue factory to create a new generation of mobile phone OS official announcement! Thoroughly remould oneself
It's not just Apple and Google! Samsung wants to reduce its dependence on Qualcomm by boosting its chips
The news said that Iqiyi lay off 20% -40%! The official responded: no deny
Australia pushes new libel laws to force Twitter and other platforms to reveal the identities of "keyboard warriors"
The latest variant of the new crown emerged in early November: new State of New York has entered a catastrophic state of emergency due to the outbreak
The first batch of invited to become Apple ecological developers, Bunkes launched a variety of Magsafe accessories
The most popular news this week
Never go back! Apple's generation of classic machines is closing
Kylin flagship Soc support! Huawei's new flagship Mate has been revealed to have a different look
120 seconds to see this year's only day full food: faint black picture spectacular!
The manufacturer of qualcomm U was questioned by big V! The executive wanted to laugh
China led: World's first international cyclotron standard released
Omicron from an AIDS patient? One expert came up with a new conclusion: Too surprising
The first AD for the Snapdragon 8 flagship phone is here! The pictures are the most beautiful
Wikipedia's first entry, "Hello,World! Will be auctioned as NFT digital art
Tesla's market value evaporates by $70 billion overnight Musk cashes out $10.9 billion a month
National Post Office: Anti-"Inside Volume"!