The $400 billion tax-exempt Mao share price hit a new low, with a market capitalisation close to a loss of $160 million a day 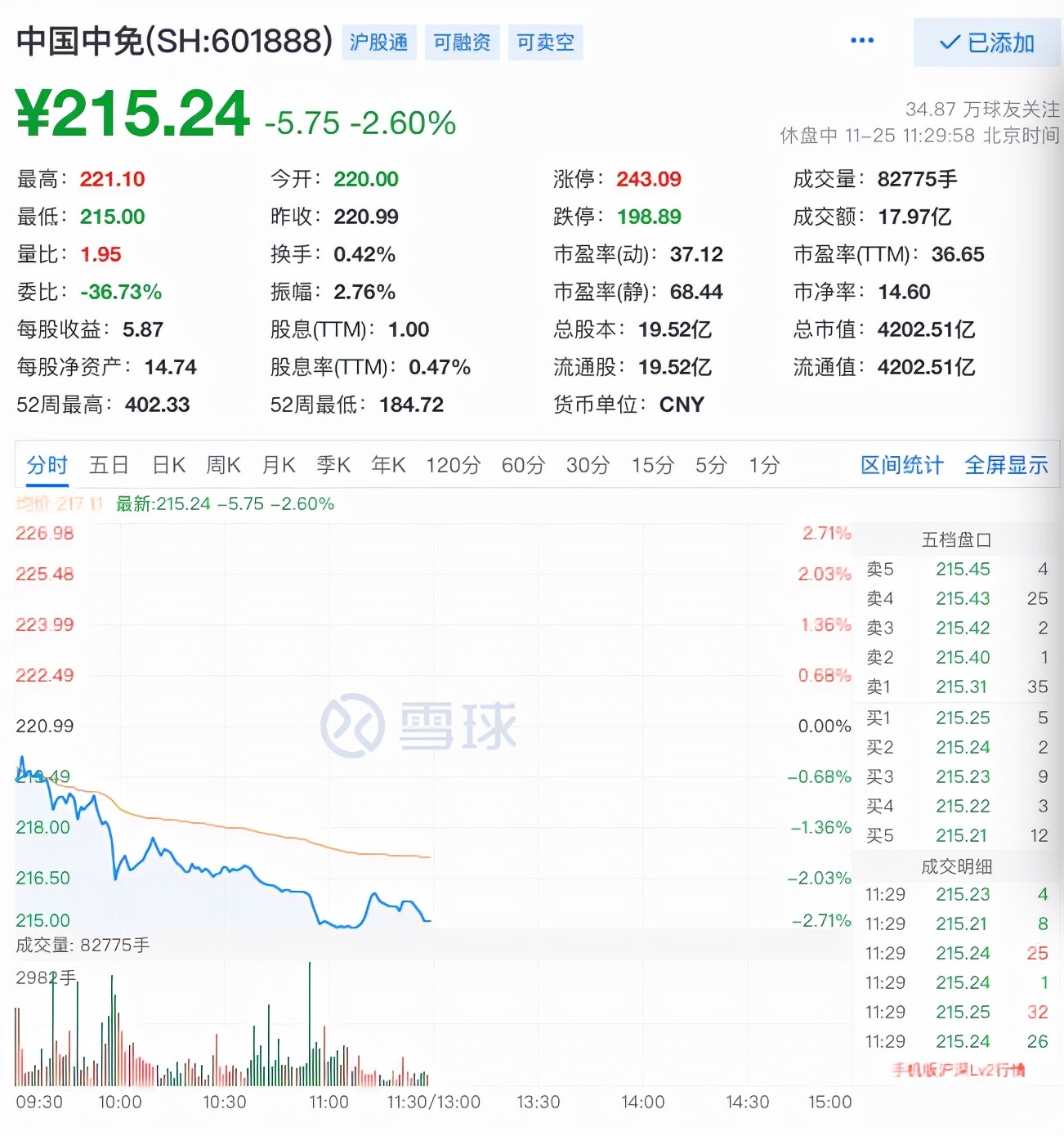 On the news side, China's Central Exempt fell after the release of its third-quarter results. According to the financial report, China's operating income in the first three quarters was RMB49,499 million, up 40.9% YoY, and net profit attributable was RMB8.49 billion, up 168.4% YoY.

As of the time of writing, China's China Free share price was RMB215.24 per share, with a total market value of RMB420.2 billion. (| AI Finance News Agency Zhao Wei)