Virgin Galactic will send the first winner into space

On Wednesday, Virgin Galactic announced The space tourism company's first winner to be sent into space, The Verge reports.The winner, Keisha S. is a health coach from Antigua and Barbuda. She will be the first person from the Caribbean island to visit space and hopes to bring her daughter, who studies astrophysics, on board as a guest. 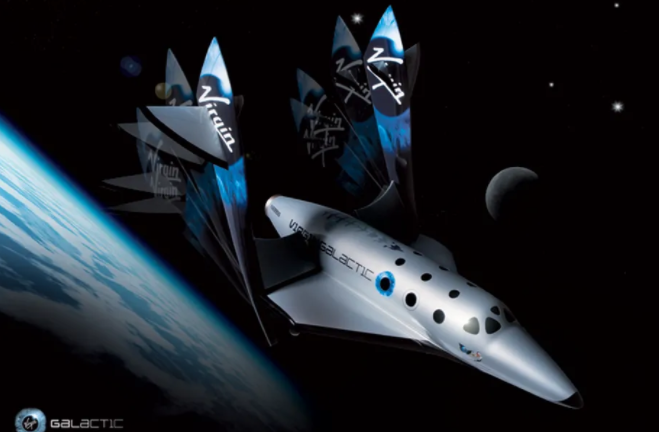 "I have loved flying all my life and have been fascinated by space," Keisha said in a press release. It really is a dream come true for me."

The raffle was conducted in partnership with Omaze, a fundraising company, and Space for Humanity, a non-profit organization that wants to ensure an inclusive future in Space.

Virgin Galactic announced plans in July to draw out the winners of two seats on its spaceship, following the successful launch and return of its Unity 22 mission, which took Virgin Galactic founders Richard & Middot; Branson into space. According to Virgin Galactic, more than 100,000 people donated to the raffle,The campaign attracted an estimated $1.7 million in the eight weeks after its launch in July.Proceeds will benefit Human Space and its citizen astronaut program.

In 2021, a new era of private and civilian space missions begins. The first group of commoners stood out for their extreme wealth, including Amazon founder Jeff Middot; Bezos and Branson of Virgin Galactic. More private individuals are paying hundreds of thousands to millions of dollars to reserve a seat on future flights.

But companies and wealthy space tourists have also been working to make trips accessible to those who can't afford them themselves. In September, SpaceX's Inspiration4 space flight included billionaire financier Jared Isaacman and three others, and Issacman gave away three seats it had purchased to private citizens.

In addition to winning a ticket to space, Keisha also won a visit to Spaceport America in New Mexico. There is no word yet on when her trip will take place.

Related news
stirring! 600 space passengers are about to take off
Virgin Galactic will work with NASA to develop safe and efficient high-speed aircraft
Shares of Virgin Galactic, which delayed commercial space travel services, tumbled 13 percent
Virgin Galactic: Private space travel delayed until the end of next year
Virgin Galactic: 100 tickets have been sold since re-opening and 700 people are waiting to fly
Virgin Galactic will send the first winner into space
Hot news this week
European Telecom I hope that the US science and technology giants bear the cost of network construction
5G Core Standard Essential Patent Competition: Huawei Wins again!
Sources say tesla's German plant will start production in December, while Volkswagen's Audi will start production of the Q4
Blue factory to create a new generation of mobile phone OS official announcement! Thoroughly remould oneself
WeChat "intercom" upgrade: point-to-point open external chain, group chat can access e-commerce class chain
It's not just Apple and Google! Samsung wants to reduce its dependence on Qualcomm by boosting its chips
The news said that Iqiyi lay off 20% -40%! The official responded: no deny
Australia pushes new libel laws to force Twitter and other platforms to reveal the identities of "keyboard warriors"
The latest variant of the new crown emerged in early November: new State of New York has entered a catastrophic state of emergency due to the outbreak
The first batch of invited to become Apple ecological developers, Bunkes launched a variety of Magsafe accessories
The most popular news this week
Never go back! Apple's generation of classic machines is closing
Kylin flagship Soc support! Huawei's new flagship Mate has been revealed to have a different look
120 seconds to see this year's only day full food: faint black picture spectacular!
The manufacturer of qualcomm U was questioned by big V! The executive wanted to laugh
China led: World's first international cyclotron standard released
Omicron from an AIDS patient? One expert came up with a new conclusion: Too surprising
The first AD for the Snapdragon 8 flagship phone is here! The pictures are the most beautiful
Wikipedia's first entry, "Hello,World! Will be auctioned as NFT digital art
Tesla's market value evaporates by $70 billion overnight Musk cashes out $10.9 billion a month
National Post Office: Anti-"Inside Volume"!