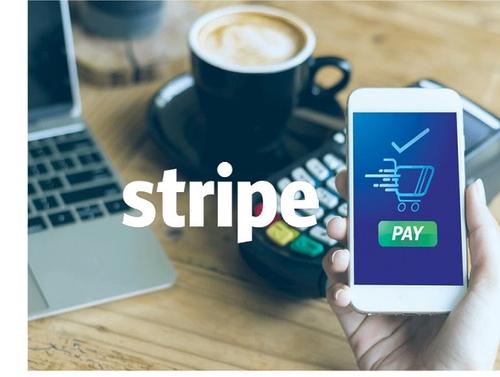 Stripe stopped supporting the use of Bitcoin payments in 2018, the reason is that the price fluctuations in Bitcoin are significant, and the daily transaction efficiency is low.

However, when participating in Abu Dhabi Financial Science and Technology Festival this Tuesday, Collison said: "For different people, encrypted currency means different things." Cegrates of encrypted currencies, such as use as speculative tools, "There is not much relationship with our work in Stripe", but "the recent advances have made encrypted currencies better, especially as a payment method is good, and cost acceptable."

When asked whether Stripe will re-accept the encrypted currency as a payment method, Corlsen said: "We will not now, but I don't fully exclude this possibility."

Stripe has recently set up a team, dedicated to exploring encrypted currency and web3, which is a brand new, decentralized Internet version. Stripe's project leader Jiraum Pangs Poncin is responsible for this work. Earlier this month, the company appointed the joint founder of the PARADIGM, which specializes in encrypted currency, and Matt Huang entered the board.

Stripe was established in 2009 and has now become the largest non-listed financial technology company in the United States. The recent estimate is $ 95 billion, and the investors include Baillie Gifford, Sequoia Capital, and Anderson-Holovitz. Stripe handles payment settlement for companies such as Google, Amazon and Uber, and recently developed other business sectors, including loans and tax management.

Related news
US pay giant Stripe founder: may accept encrypted currency as payment method
Hot news this week
European Telecom I hope that the US science and technology giants bear the cost of network construction
5G Core Standard Essential Patent Competition: Huawei Wins again!
Sources say tesla's German plant will start production in December, while Volkswagen's Audi will start production of the Q4
WeChat "intercom" upgrade: point-to-point open external chain, group chat can access e-commerce class chain
Blue factory to create a new generation of mobile phone OS official announcement! Thoroughly remould oneself
It's not just Apple and Google! Samsung wants to reduce its dependence on Qualcomm by boosting its chips
The news said that Iqiyi lay off 20% -40%! The official responded: no deny
Australia pushes new libel laws to force Twitter and other platforms to reveal the identities of "keyboard warriors"
The latest variant of the new crown emerged in early November: new State of New York has entered a catastrophic state of emergency due to the outbreak
The first batch of invited to become Apple ecological developers, Bunkes launched a variety of Magsafe accessories
The most popular news this week
Never go back! Apple's generation of classic machines is closing
Kylin flagship Soc support! Huawei's new flagship Mate has been revealed to have a different look
120 seconds to see this year's only day full food: faint black picture spectacular!
The manufacturer of qualcomm U was questioned by big V! The executive wanted to laugh
China led: World's first international cyclotron standard released
Omicron from an AIDS patient? One expert came up with a new conclusion: Too surprising
The first AD for the Snapdragon 8 flagship phone is here! The pictures are the most beautiful
Wikipedia's first entry, "Hello,World! Will be auctioned as NFT digital art
Tesla's market value evaporates by $70 billion overnight Musk cashes out $10.9 billion a month
National Post Office: Anti-"Inside Volume"!