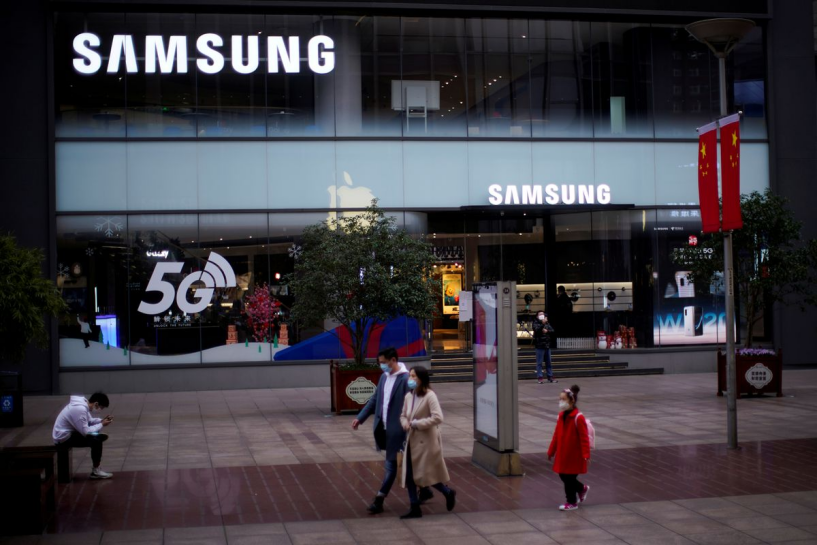 Gathering web news, Samsung Electronics will increase the yield of the Galaxy smartphone Exynos chipset to increase the ratio of its internal processor in the Galaxy device, and reduce the dependence on US chip manufacturer Qualcomm.

At present, Samsung's high-end smartphone relies on Qualcomm's chip solution, and most of the low-end equipment uses the processor of Unit. The Exynos chip only accounts for about 20% of Samsung mobile phone shipments. However, from next year, this situation may change.

According to "Electronic Times", the industry is forecast that by 2022, the number of Galaxy mobile phones that Samsung Electronics equipped with Exynos will increase by two to three times, and the SYSTEM LSI Division will also increase the production capacity of the Exynos chipset more than double.

This strategy conversion section is short-laded by the current global chip. Previously, since Qualcomm Snapdragon 888 chip supply is insufficient, Samsung Electronics has to postpone the listing time of Galaxy S21 Fe from this year from the beginning of 2022. The chip crisis has caused a huge blow to the company's smartphone sales.

In order to reduce the dependence on the chip solution for Qualcomm and Liaotai, Samsung has developed the goal of the sales of 300 million in the sales of smartphone in 2022. Compared with the sales of about 250 million in 2021, it emphasizes that the Exynos processor can also help Samsung SYSTEM The LSI business department and the foundry business establish a more competitive position.

EXYNOS 2200 equipped with AMD GPU is said to solve the overheating problem that Samsung chip passes may encounter, and can also improve the user experience by supporting light tracking, becoming the first mobile chipset with this function. According to reports, Exynos 2200 will use a 4nm process, while the Exynos 1280 chipset for entry-level smartphones will use a 5nm process.

For a long time, Samsung Electronics has been considering integrating more internal chipsets into their mobile products, rather than relying on suppliers in different countries and regions. However, the quality and consumer acceptance of Samsung processors remain mainly worried.

Although Samsung intends to reduce the dependence on cooperative suppliers, 31 new smartphones and tablets launched in 2022, there are still 31 chips that use high-pass chips. The expected Galaxy S22 series will use the Snapdragon 888 processor in some countries, using the Exynos 2200 processor in other countries. At the same time, according to the ELEC, Samsung's new flip phone will only use the Snapdragon 888 processor.

Related news
The prospect of Samsung cutting CPU R & D team's own chip exynos in the US is poor
The galaxy S11 uses Samsung exynos 990 and 9830 as the same chip
Samsung will launch the world's first quantum encryption mobile phone with exynos 980 in May
Is there a big gap between exynos and snapdragon's Galaxy note 20? Samsung: exynos version optimized better
Samsung Exynos Chinese Story: From Apple, From Meizu, From vivo
The Chinese story of Samsung exynos: from apple to Meizu to vivo
Benchmarking 8 series of Qualcomm! Samsung exynos 1200 processor exposed
Reduce the proportion of high-pass dependence on Samsung or will increase their own mobile phone using Exynos chip
Hot news this week
European Telecom I hope that the US science and technology giants bear the cost of network construction
5G Core Standard Essential Patent Competition: Huawei Wins again!
Sources say tesla's German plant will start production in December, while Volkswagen's Audi will start production of the Q4
Blue factory to create a new generation of mobile phone OS official announcement! Thoroughly remould oneself
WeChat "intercom" upgrade: point-to-point open external chain, group chat can access e-commerce class chain
It's not just Apple and Google! Samsung wants to reduce its dependence on Qualcomm by boosting its chips
The news said that Iqiyi lay off 20% -40%! The official responded: no deny
Australia pushes new libel laws to force Twitter and other platforms to reveal the identities of "keyboard warriors"
The latest variant of the new crown emerged in early November: new State of New York has entered a catastrophic state of emergency due to the outbreak
The first batch of invited to become Apple ecological developers, Bunkes launched a variety of Magsafe accessories
The most popular news this week
Never go back! Apple's generation of classic machines is closing
Kylin flagship Soc support! Huawei's new flagship Mate has been revealed to have a different look
120 seconds to see this year's only day full food: faint black picture spectacular!
The manufacturer of qualcomm U was questioned by big V! The executive wanted to laugh
China led: World's first international cyclotron standard released
Omicron from an AIDS patient? One expert came up with a new conclusion: Too surprising
The first AD for the Snapdragon 8 flagship phone is here! The pictures are the most beautiful
Wikipedia's first entry, "Hello,World! Will be auctioned as NFT digital art
Tesla's market value evaporates by $70 billion overnight Musk cashes out $10.9 billion a month
National Post Office: Anti-"Inside Volume"!