IT House November 27 (UPI) -- Apple will offer a three-month free trial to new subscribers to Apple News On Monday, According to MacRumors. 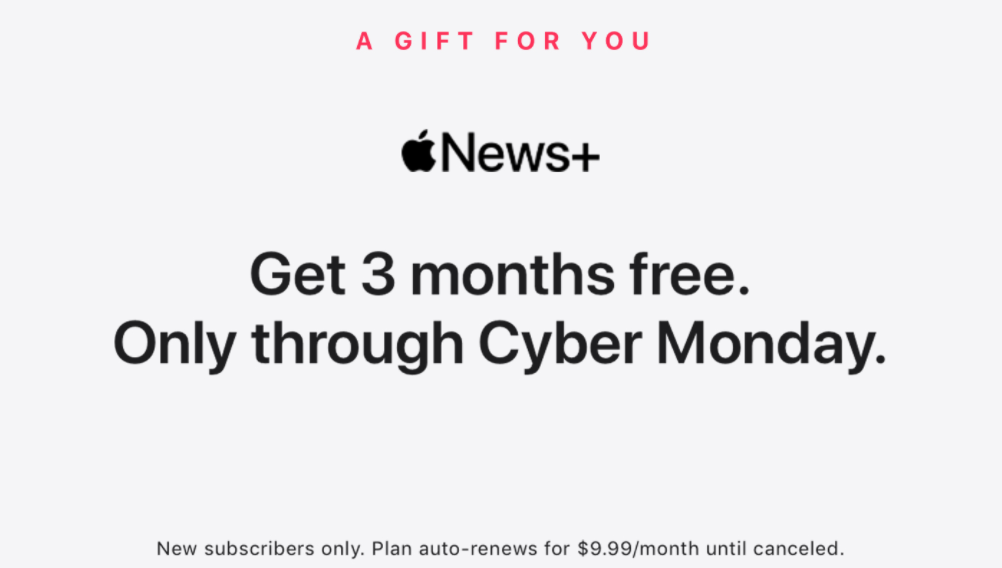 This three-month free trial is an increase from the usual one-month trial time.However, the event is only available on Mondays.

This three-month free trial is only available to new subscribers who can subscribe to the Apple News Plus region.

It's worth noting that at the end of this trial period, the subscription will be renewed at $9.99 per month, and dissatisfied users can manually shut down.

It House learned that Apple News was launched in 2015 and was originally a free first-party news aggregator for iOS. In 2019, Apple launched its Apple News plus News subscription service.