IT House November 27 news, yesterday,In response to the question of "Does the K50 need an SE version?", Lu Weibing, partner of Xiaomi Group, president of China and International, and general manager of the Redmi brand, asked netizens for advice via social media.

At the same time, some netizens said that the K50 needs the SE version, saying that "small-screen phone sales are not good, but can do, give users one more choice" "LCD version to one". 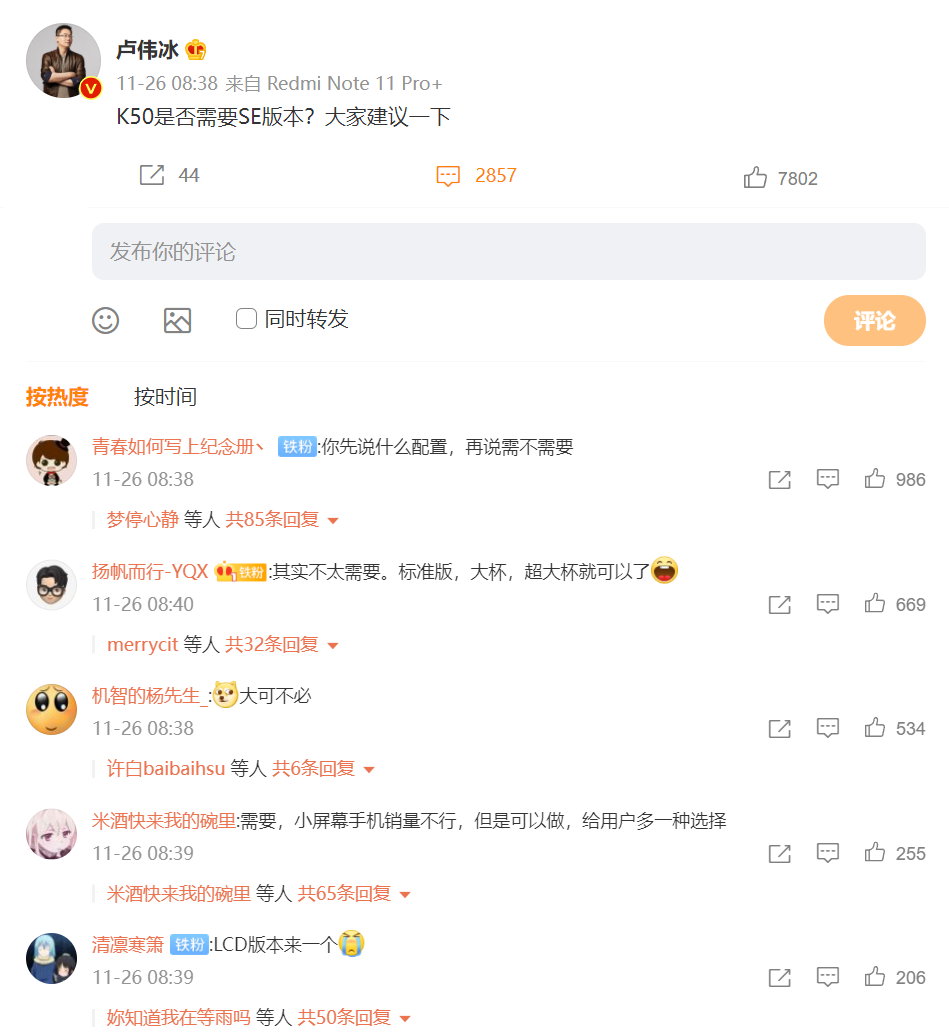 IT House learned that Lu Weibing revealed on November 1st that there is no Redmi K40S this year, and that Redmi's next flagship K50 will be ready later. According to previous reports, the Redmi K50 series will have four models, codenamed I10, I10a, I11, and I11r. The model code-named I10 will have a Skytempta 9000 processor, while the I10a model will have a Dragon 870 processor.

At present, the specific configuration, size and other information of the Redmi K50 Series models is not clear, and it is not clear whether the K50 Series will be available in the future SE version.