On the "network dazzling rich", there is a platform has begun to light sword hard

Nowadays, the mobile Internet has been deeply embedded in daily life, mobile phone has become our access to information, perception of the world window. Especially since the outbreak of the new crown outbreak, people spend much more time on the Internet than in the past, and the importance of the network ecological environment is much higher than in the past. But in the past two years, the major platforms have emerged some less healthy content, the most typical is the "20-year-old HeitkaIs Rolls-Royce" "start a year after the month into the million" network flashy video.

The most controversial aspect of the network is that many of the jaw-dropping "luxury life" "get rich" is not the real life of the record and sharing, but "by the script group shot" false plot, is a deliberately created false person set. In fact, a lot of envious envy hate of the rich, just a full set of "traffic code", bloggers and their team really wishful thinking, through sensory stimulation to achieve flow realization, live shipping and other purposes. 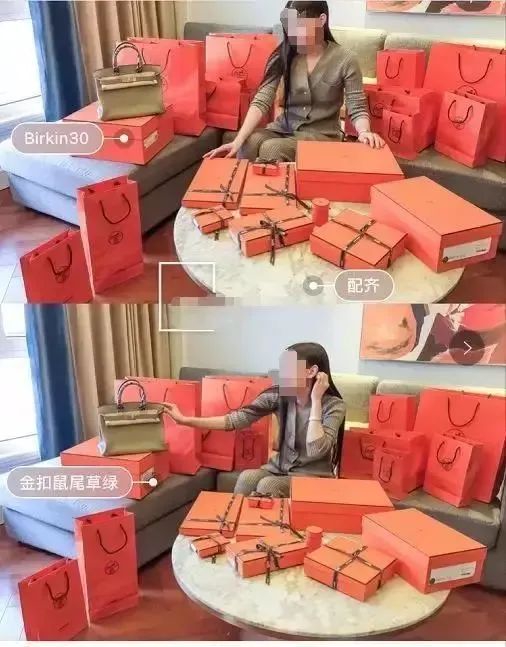 With the real world, the world is different from the dazzling rich play code flooded the network, not only will pollute the platform's content ecology, but also pass on the "advocate money first, yearning for luxury life" wrong values. As one of the mother's netizens put it, "The content of the rich is harmful to people of different ages, increasing the anxiety of some adults, for young people, especially college students, the output of comparison, vanity and other incorrect values, misleading young people to take shortcuts; ”

It is the duty of the platform to govern the network's dazzling chaos. Since this year, there have been some mainstream platforms on the network dazzling bright sword. On the 25th, Xiaohong Book founder Yin Fang mentioned in the "2021 China Network Media Forum Industry Forum" speech that in the past six months has disposed of 8787 notes of glitzy violations, punishing 240 accounts; 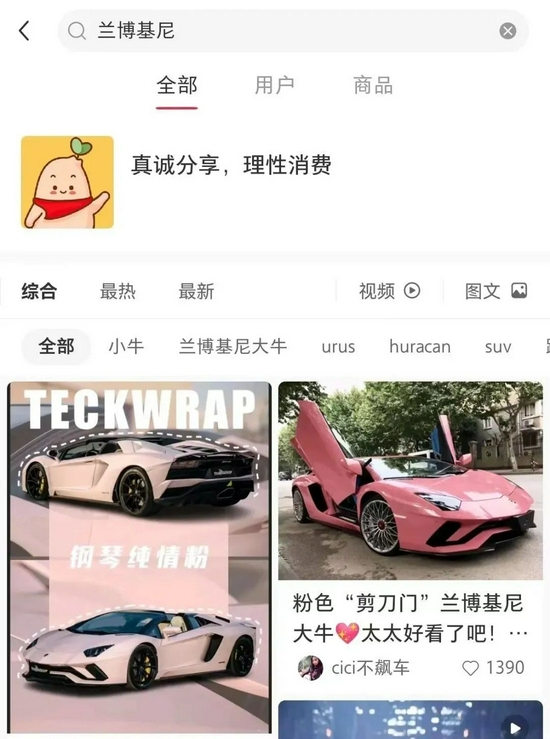 When users search for keywords such as "Ferrari", "Bugatti" and "Luxury House", the page displays a "sincere sharing, rational consumption" prompt.

The platform heavy-handed governance authenticity doubt, values confusion of the network dazzling chaos, the public is happy to see it. However, it is necessary to emphasize that the governance of the network is not a matter of a platform, but should become the behavior of major platforms consciously. At the same time, the relevant functional departments, trade associations can also have a more active action to form a joint force, clean up the bad wind. Otherwise, under the lure of huge interests, some bloggers may change their vests to other platforms "bloody resurrection".

The larger the platform, the greater the responsibility. With a large number of young users of the platform, but also to have a strong sense of social responsibility. As Yin Fang said in his speech, "The importance of adhering to the correct value orientation and doing a good job in platform ecological governance, only by cracking down on illegal and illegal information, and creating a more clear network environment, can we get the continued trust of users." "Whether it's governing the network's rich, or fixing other network chaos, it makes sense. It is hoped that more and more platforms will take positive action to take the clear ecology as the "core competitiveness" of sustainable development.

Related news
Linus Torvalds does not recommend ZFS on Linux
Microsoft power platform is officially commercial in China: develop app like ppt
Intel On Technology Innovation Summit held: the launch of 12 generation Core processors will establish a unified developer zone
Hot news this week
Zhao Lijian responded to the British "blocking" Huawei: generalizing the concept of national security harms others and harms themselves
Zhao lijian said the UK's decision to block Huawei under PRESSURE from the US was damaging others and not benefiting itself
Tencent web drama "Beginning" Douban opening score 8.2: the male protagonist's mobile phone has become a highlight!
Samsung's new notebook patent publication: the keyboard is divided into two-quarters after two folds.
AsiaInfo Technology Announces Acquisition of iResearch Consulting to continue to increase digital operations and digital and intelligent transformation
Canon China plans to close some production lines in Zhuhai in response to the zhuhai company's suspension of production
Breakthrough: Chinese scientists have discovered and confirmed the boson exotic metal for the first time
Volkswagen's sales in China plummeted, a record low in 8 years! The CEO revealed the reason for the helplessness
Only 2 decisive headphones Class A Certification of the Ministry of Industry and Information Technology? Perhaps it is misunderstanding
1KW electric energy production 3KW heat Tesla hot pump low temperature hidden dangers were investigated
The most popular news this week
China's groundwater resources reserves are identified for the first time: the southern freshwater reserves account for only 5% of the country's total
Microsoft Gaming Executive: Had a friendly call with Sony management
The United States seeks to contain scientific giants Google 2021 year tour spending increased by 13 million yuan
QQ Music ranked third among the world's most popular music platforms
IPHONE open side load? The US Senate Group has approved the bill to vote
钛媒体科股早知道：价格创十年新高，需求占比或提升5倍以上，特斯拉全球出击疯狂抢占该资源；国家卫健委研究出台更多积极生育支持措施
Take stock of Microsoft's top ten acquisitions: 3 of the more than 10 billion US dollars Nokia is not in the top 5
Deposit time coin pension, what is the upcoming "time bank" in Beijing?
Performance losses exceed 400 million, had been saved by Plum Qi "women's shoes first shares", give up selling shoes
Dong Xiaodian announced the shuttlecock, social e-commerce style encountered life and death