We have set a micro network news, according to the "Usage" website of Spain 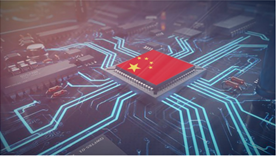 Biden delivered a speech on October 28 to support a billion -llium budget approved by Congress.He asserted this money at the time, "will enable us to win the road to economic competition with China and other major countries in the 21st century."

At present, the cutting-edge chips of large-scale advanced technology companies are mainly from TSMC and Samsung, followed by the United States's Qualcomm and Intel. According to statistics, approximately 80% of the chips are produced in Taiwan and South Korea.

In order to expand domestic capacity, the US government is providing loans to some related companies. This allows Intel to invest $ 20 billion in two microprocessor factories in Arizona.

In this regard, the Chinese Foreign Ministry spokesman Zhao Lijian condemned, saying that the Biden government refused the Intel's plan to destroy the international trade rules for the United States.

During computer, mobile phones, automobiles, high-tech equipment, air and aerospace, etc. have appeared chip shortages. With the decline in production and demand caused by the epidemic of new crown, many companies have worried by lack of microprocessors and chips.

For most countries, it is impossible for these complex equipment construction and operating plants because they need a lot of startup funds.

At the same time, the factory must have high quality talents, which is extremely expensive and in short supply in many countries. The facility must have conditions to maintain and thoroughly cleaned, because one dust will cause millions of dollars in losses. The continuous updating of these microchips is critical to maintaining market competitiveness, because the product will almost once even in the minimum delay.

Therefore, the United States publicly hosts China and sorts themselves to make them unable to obtain chip development technology. But this also forces China to strengthen their own self-sufficiency in different fields.

However, in the battle of this technological hegemony, there is a powerful basement in Chinese hands:Has all rare earth production and supply85%To 95%，Washington 80% supply comes from China. Rare earth supply interruption will have a serious negative impact on the US economy.