The news said that Iqiyi lay off 20% -40%! The official responded: no deny

According to the first financial report, recently, there is an iQ.us employee said thatIqiyi is layoff, and the proportion of layoffs is between 20% -40%.

At present, there is still uncertainty in making of how many layoffs compensated for specific issuance.

According to the report, the Iqiyi employee crossing another department is compiled,At present, Aiqi is indeed in progress, and the layoff compensates for N + 1. 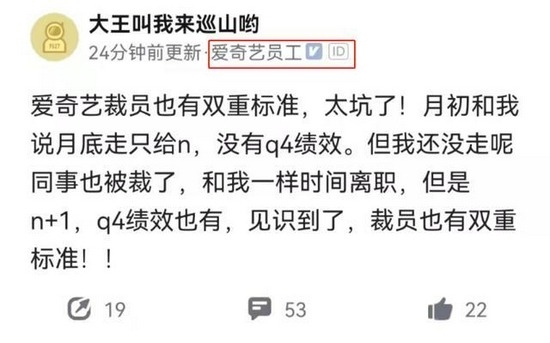 There is a textbook for Iqiyi employees say that Iqiyi is also known that Iqiyi layoffs also have double standards, & ldquo; month and I said the end of the month (N means the worker's work in this unit, according to each The standard paying a month of salary for a month pays economic compensation to workers), no Q4 (fourth quarter) performance. Colleagues have also been cut, separated from me, but n + 1, Q4 performance is also. & rdquo;

In this regard, there is a media to call the Iqiyi headquarters to call the call, and the staff answering the phone said: For layoffs, it is recommended to pay attention to the official channel, which is subject to official information.

It is understood that November 17, iQiyi announced this year's Q3 financial report, data showing that iiqiyi revenue reached 7.6 billion yuan, a year-on-year increase of 6%, but net loss is 170.7 million yuan. 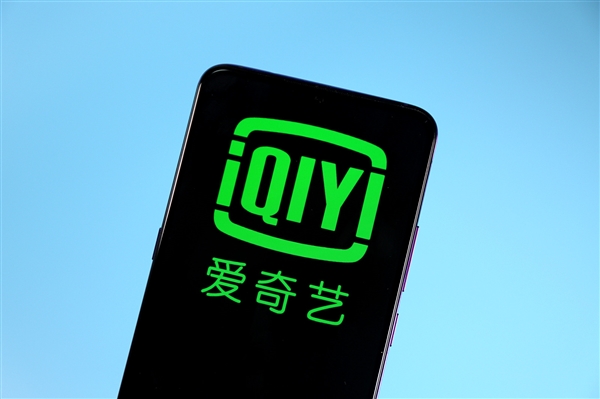 At the analyst call at the end of the financial report, Iqiyi founder, Director and CEO Gong Yu said that the industry has indeed faced challenges, iQiyi believes that the relevant regulatory policies are basically released, and now is the implementation phase. .

Related news
Brushing and shaking hands on the 43-inch vertical TV experience? Samsung launches The Sero TV (picture)
HOW I GOT MY EX BACK WITH THE SPELL OF DR EROMOSE THE GREAT
Hot news this week
Zhao Lijian responded to the British "blocking" Huawei: generalizing the concept of national security harms others and harms themselves
Zhao lijian said the UK's decision to block Huawei under PRESSURE from the US was damaging others and not benefiting itself
Half a billion! Pay treasure collect five blessing to come: exceed 50 thousand people collect qi have you
Behind Microsoft's acquisition of Blizzard: Intended to build a super game carrier, SONY is the most hurt
Behind the exposed layoffs, China has praised the loss growth, and the stock price has fallen 67% in three months.
Mediatek's 40% share topped the mobile SoC market, leading for six consecutive quarters, followed by Qualcomm and Apple
The largest transaction in Microsoft's history! Hao Zhi 436.1 billion cash acquisition moving blizzard
Microsoft's $68.7 billion acquisition of Activision Blizzard became the largest acquisition in the company's history
Huawei applied for the Tianchi trademark again, and the international classification is scientific instruments and website services
Cait: it is not recommended to take quarantine measures directly for travel card users with asterisks
The most popular news this week
7 years! The classic control panel doesn't die: Windows 11 takes another step back
The most comprehensive summary! Apple will release the most equipment in history this year.
Microsoft forced upgrade Windows 10 20H2: It also uses machine learning
VR/AR global invention patent ranking TOP100: Samsung, Tencent, baidu top 3
Good start! China's software business revenue increased by 17.7% to 9,499.4 billion yuan in 2021
Microsoft Surface Pro 8 pushes the January driver update
How hard does the physics teacher work in class? Dismantle your own iPhone and induction cooker for students to see
Huawei applied for the registration of petal series trademarks
Tencent, China Merchants Port established The Port teng Internet technology company, registered capital of 50 million
Xiaomi applying for a Mibao trademark, international classification is a financial property management