Experts predict the future situation of O'Kek's poisonous strains: everyone may be infected

According to foreign media reports, an infectious disease from Singapore said that if there is no effective vaccine in the future, the new crown virus variants, O'K, may be widely spread around the world in the next three to six months.

Singapore Elizabeth Novina Hospital Leong Hoe Nam said in an interview that although it is now able to quickly develop vaccines for O'Kek's poison, it takes three to six months to test it to prove effective. Sex and safety.

However, given the high-profit and evasive immunity of O'Kek's poisonous strains.If you want to use three to six months to launch a safe and effective new vaccine, you may have been infected by it around the world.

According to a US vaccine company, Modener, CEO Stephen & Middot; STEPHANE BANCEL,Existing vaccines will have substantial decline before responding to O'Kwell strains.And it takes a few months to develop and introduce a vaccine specifically for Otcock.

Although the specific contrastibility of Okeki is not clear.However, the world's major popular Delta strain is first widely spread in Mahara, India, in March 2021, has been widely dominated in the world in July. 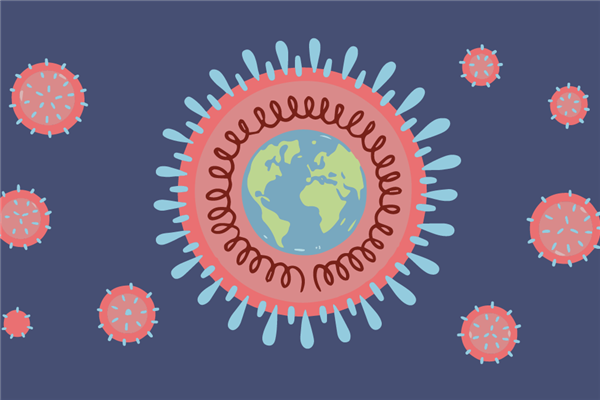 Related news
New crown is now super variants of poisonous plants infected: Will my country will be 殃? Experts release
Experts predict the future situation of O'Kek's poisonous strains: everyone may be infected
O'K戎 expert appeared in multiple countries: no vaccine world can be infected
Infected O'K戎 Chinese villain is helpful: self-mentioning this disease is too terrible!
up to date! O'Kek is more than 50 mutations, and at least 15 states in the United States have found that 21 people in India! 12 people in South Korea are infected, "unpacking" is forced to blow
WHO: China's national medicine and Cooperative new crown vaccine can prevent the critical hospitalization risks caused by O'Kek
Hot news this week
Zhao Lijian responded to the British "blocking" Huawei: generalizing the concept of national security harms others and harms themselves
Zhao lijian said the UK's decision to block Huawei under PRESSURE from the US was damaging others and not benefiting itself
Tencent web drama "Beginning" Douban opening score 8.2: the male protagonist's mobile phone has become a highlight!
AsiaInfo Technology Announces Acquisition of iResearch Consulting to continue to increase digital operations and digital and intelligent transformation
Samsung's new notebook patent publication: the keyboard is divided into two-quarters after two folds.
Canon China plans to close some production lines in Zhuhai in response to the zhuhai company's suspension of production
Breakthrough: Chinese scientists have discovered and confirmed the boson exotic metal for the first time
Volkswagen's sales in China plummeted, a record low in 8 years! The CEO revealed the reason for the helplessness
The country's first artificial brush interference search engine calculation bill sentenced Baidu to pay 2 million yuan
The small screen mobile phone that is confident than the iPhone 13Mini is marginally released for two month declarations.
The most popular news this week
Some people have a health code to turn yellow, clearly: receiving this courier to make a nucleic acid immediately
Baidu Maps pushes immersive navigation: Chongqing 3D navigation is coming
Tesla insisted not advertising
145 yuan of apple polished cloth grown? Official teach you how to clean
IDC: Nearly 20% of IoT systems are expected to support AI by 2024
Insurance premium inventory of listed insurance companies: auto insurance business is "turning point", life insurance to achieve positive growth
Comac vice President: The first homegrown large aircraft, the C919, is expected to be delivered this year
131,000 needles, another sky-high drug into China
Thousands of people resign NetEase game planning follow-up Harry Potter mobile game official apology
Behind Microsoft's nearly $70 billion acquisition of Activision Blizzard: $130 billion cash pile