Experts say that Malaysia MH370 relatives have issued text: How difficult is it 4,000 meters under water?

According to the No. 7 Taiwan News report, British Air Engineer Richard & Middot; Gofrem said in a report released on November 30, it refers to the use of a revolutionary tracking technology to discover Malaysia Airlines 370 passenger plane. He said that the aircraft crashed in the 1893 kilometers west of Perth, which is currently located 4000 meters below sea level.

Gofrere said that he "very confident" determines the position of MH370. "We have a lot of data from satellites, we have oceanology, drift analysis, Boeing's performance data, and now there is this new technology." These four indicators point to this specific location on the Indian Ocean. "

According to Australian media reports, according to Richard & Middot; Gofre, the aerial tracking technology used, MH370 is 1933 kilometers west of Perth, Australia, 33.177 degrees in the South, falling into the ocean in 95.300 degrees East, falling into the ocean in 4,000 meters deep Sea. Richard & Middot; Gofrere also predicted that if you carefully search the relevant area, you will be expected to find MH370 flights in the second half of 2022.

Based on his prediction, if you have a careful search in the 40-nautical region, you can discover the passenger plane in the second half of 2022. However, even if it is determined that Ma Airlines's fall is specific, it is afraid that there is difficult to solve the mystery of Malaysia Airways. Because there is a very difficult difficulty in salvage and identification:

1 The sea bottom is very complicated. According to the topographic chart, this seabed has a bare mountain, cliff, underwater volcano, and a large canyon, which means that the seawato geological activity is very frequent, so this is for future salvage. A major test.

3, from 2014 Mahang missing now has been 7 years, according to the complexity of the seabed and the liquidity of seawater, I am afraid that this host will have many deformation or deterioration, so even if you can dive to this depth, it is also found. A big problem, and unveiled Master's crash requires black box, but there is a seven-year in the sea, plus marine activities and various natural factors, and the existence of the black box can be in a well-deficient.

For the above discovery, the lost passenger relatives Association disclosed that the relevant institutions called on the latest analytical techniques to discuss reviews, and then able to give such a family one, after all, how many years have passed the MH37 flight, which is still a mystery. 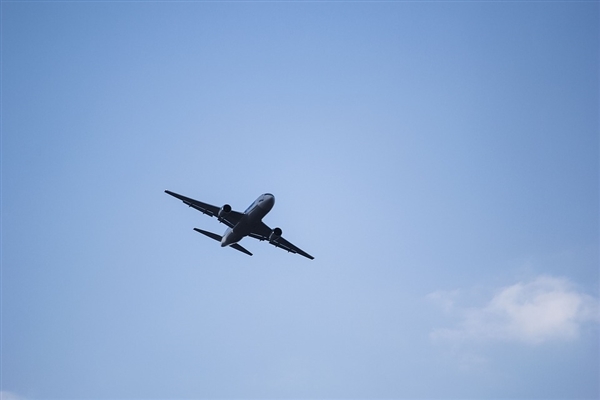 Related news
Experts say that Malaysia MH370 is accurate latitude: Official response!
Experts say that Malaysia MH370 relatives have issued text: How difficult is it 4,000 meters under water?
Hot news this week
ByteDance invested in Sequencing Technology, which is an AI industrial SaaS software service provider
It's hard to escape the monopoly sanctions American court dismissed Facebook against FTC counterattack
Former search president of Baidu xiang Hailong joins Transsion The company that sells mobile phones wants to do more Internet
2021 Global Patent List Released: Huawei ranked fourth in the top five in the world in the United States
Jiangxi Bank welcomes the new sector, the former is dismissed, and the profit has decline since the listing since the market.
The Shanghai Astronomical Observatory found a case of a galaxy "escaping" 12.1 billion light-years away
Rewrite history! The largest acquisition in the game industry was finalized: 80.9 billion yuan exceeded Tencent's record
Ma huateng: Tencent is just an ordinary company that can be replaced at any time
Enterprise WeChat active users reached 180 million The new version is connected with the video number
Lanzhou Bank was abandoned to buy 12.85 million yuan, and the first issuance was "broken", still 4 times more expensive than its peers
The most popular news this week
Build a car in an average of 34 seconds! The annual production capacity of Tesla's Shanghai factory may exceed 1 million units
Due to the false statement of leshi securities, shanxi securities subsidiary was sued for 4.571 billion yuan
Realme China President Xu Qi: Dynasty "The most popular science and technology" ""
Tesla is still a "fragrant feast" The four Indian states invited him to set up a factory in the local area
Reduce dependence on China? Tesla gets key battery materials from Mozambique
Lei Jun suggests that Xiaomi 12 series is about white
Netizens opened the Xiaomi router 4 four years ago: I found "ARE YOU OK!!!"
A hardware conference, why talk about software but more time?
The chip is comparable to the Mac, the computing power exceeds the iPhone, and the Apple AR/VR headset is really so strong?
Can working in the metasverse be more productive? Lenovo's Huang jianheng: There are also complex technical challenges