The U.S. blocked Avista's acquisition of chip giant ARM, fearing it would hurt competition and neutrality 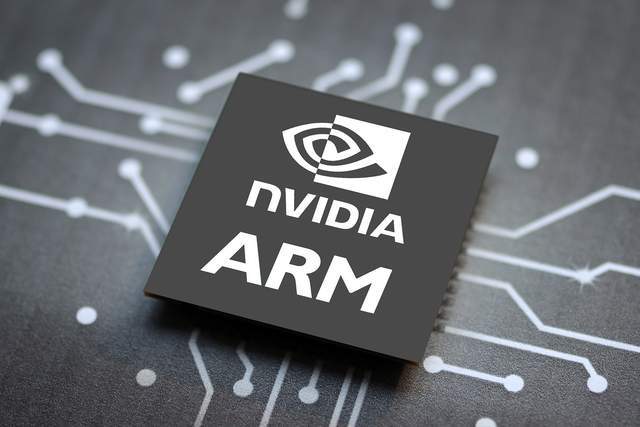 On December 2nd the US Federal Trade Commission (FTC) said in a statement that it would file an administrative lawsuit against RVI's acquisition of ARM, blocking the largest semiconductor industry acquisition in history.

Whether or not to harm competition becomes a regulatory priority

ARM is a business model of the more special chip manufacturers, it does not produce and sell chips, the main profit model is through the design of instruction set architecture and related IP sold to integrated circuit design companies, charge licensing fees and royalties. Last year, Apple built the M1 series of chips based on ARM architecture, facing competition from Intel x86 architecture in the PC industry, allowing a range of semiconductor companies, including INVISTA and Qualcomm, to see arm's potential. In the field of mobile phones, ARM-based chips are commonly used in well-known smartphones on the market.

Nvitar is now the largest semiconductor company by market capitalisation in the United States, with a market capitalisation of more than $700 billion, spanning chip design, finished product sales, drive and software development, and after-sales. Under the dual benefits of the Metaverse and gaming industries, Yvida is one of the most promising technology giants in the capital market.

As a result, some technology companies have expressed concern about the biggest historic acquisition in chip history, arguing that ARM's core businesses will lose valuable neutrality and independence after the acquisition by Svista, including Google, Microsoft, Qualcomm, Huawei and SMIC, which have repeatedly objected to the deal's pros and cons for the semiconductor industry.

ARM itself is reluctant to be acquired. After learning of Nvida's intention to buy, ARM co-founder Hermann Hauser quickly published an open letter calling on the UK government to save ARM. In his letter, he said that if INVISTA buys ARM, it would be a catastrophic event for the industry as a whole, not only could ARM's UK jobs disappear, but it would also destroy ARM's business model.

Analyst Societe Generale has also commented that ARM's IP licensing model has always been "neutral" to global customers, and there is still uncertainty about whether it will remain globally neutral in the future.

The takeover has attracted close scrutiny from regulators after calls. An analyst at Chip Licensing told AI Finance that since ARM is headquartered in the UK and has operations in the US, EU, Japan and China. Acquisitions are expected to be difficult to proceed without the approval of the above jurisdictions.

In 2018, for example, Qualcomm announced it was abandoning its original $44 billion acquisition of NXP Semiconductors because China, one of the countries that had to approve the deal, refused to approve the deal, leading to a "miscarriage" of the deal. Prior to that, the acquisition has been approved by regulators in eight countries and regions, including the United States, the European Union, Japan, Russia and South Korea.

In fact, the U.S. procedural law on merger review empowers the FTC and the Justice Department's antitrust division to evaluate mergers and acquisitions, both of which have the power to challenge them. The FTC's argument is that the acquisition will allow RVI to control the computer technology and design needed by competitors to develop chips, and that if a deal is struck, the next generation of semiconductor technology, including the Internet of Things, risks being stifled, hurting competition in the semiconductor market.

The failure to buy had little impact on Yvida

In the face of opposition, Ingweeda has repeatedly stressed that the deal will benefit ARM itself and the chip industry, and that if the acquisition is completed, it will work to preserve ARM's open licensing model and ensure that its IP is available to all current and future interested licensees. In other words, Nvida will not block ARM shipments.

But as things stand, Nvitar has been unable to convince the US government at home, "Will China's Ministry of Commerce let go?" "The person is honest." But Invita is proud in capital markets, and the impact of the failure should be small. ”

At present, the market demand for Nvida GPU and data center AI chips can be said to be strong, the company's performance share price is flying, from 2015 onwards, by virtue of its advantages in the field of graphics processors, the company's share price in six years cumulatively increased by more than 7000 percent, in the "all-universe" and "meta-cosmos" under the dual-header, its market value is moving towards $800 billion.

It is reported that the deadline for the acquisition is September 2022, if the acquisition of Evida still failed to pass the parties to review, then a total of $1.25 billion in advance payments will be lost, leaving little time for Svista.

Related news
"Generation God U" Kirin 810 gets The Linely Group's annual "Best Cell Phone Processor Chip"
win-win or disaster ARM： nvidia acquisition?
If arm is acquired, NVIDIA will become the new overlord in the chip industry
NVIDIA swallows arm: competitors are worried and opposed
Great Britain announced a $40 billion annexation ARM, but China can say no
NVIDIA's acquisition raises concerns in the chip industry: can arm remain neutral?
NVIDIA and arm's major M & a deal will transform the chip industry
Apple/Qualcomm against! Bow to acquiring ARM: NVIDIA
The FTC filed a lawsuit to halt INVISTA's acquisition of ARM, saying it would harm Americans
The U.S. blocked Avista's acquisition of chip giant ARM, fearing it would hurt competition and neutrality
Hot news this week
Zhao Lijian responded to the British "blocking" Huawei: generalizing the concept of national security harms others and harms themselves
Zhao lijian said the UK's decision to block Huawei under PRESSURE from the US was damaging others and not benefiting itself
Half a billion! Pay treasure collect five blessing to come: exceed 50 thousand people collect qi have you
Behind Microsoft's acquisition of Blizzard: Intended to build a super game carrier, SONY is the most hurt
Behind the exposed layoffs, China has praised the loss growth, and the stock price has fallen 67% in three months.
Mediatek's 40% share topped the mobile SoC market, leading for six consecutive quarters, followed by Qualcomm and Apple
The largest transaction in Microsoft's history! Hao Zhi 436.1 billion cash acquisition moving blizzard
Microsoft's $68.7 billion acquisition of Activision Blizzard became the largest acquisition in the company's history
Huawei applied for the Tianchi trademark again, and the international classification is scientific instruments and website services
Cait: it is not recommended to take quarantine measures directly for travel card users with asterisks
The most popular news this week
7 years! The classic control panel doesn't die: Windows 11 takes another step back
China aerospace Power new engine verification success! Full proprietary right
Ali responded to Youku shareholder change: internal normal adjustment
WeChat red envelope cover supports fission distribution: you can receive the same model when grabbing red packets
The most comprehensive summary! Apple will release the most equipment in history this year.
Microsoft forced upgrade Windows 10 20H2: It also uses machine learning
VR/AR global invention patent ranking TOP100: Samsung, Tencent, baidu top 3
Good start! China's software business revenue increased by 17.7% to 9,499.4 billion yuan in 2021
Microsoft Surface Pro 8 pushes the January driver update
How hard does the physics teacher work in class? Dismantle your own iPhone and induction cooker for students to see