Jimmy Wales created Wikipedia in 2001 and edited its first entry, "Hello, World!" on January 15, 2001. . Christie's is now auctioning the entry in an NFT format, giving the successful bidder virtual ownership of the page and the ability to edit it. 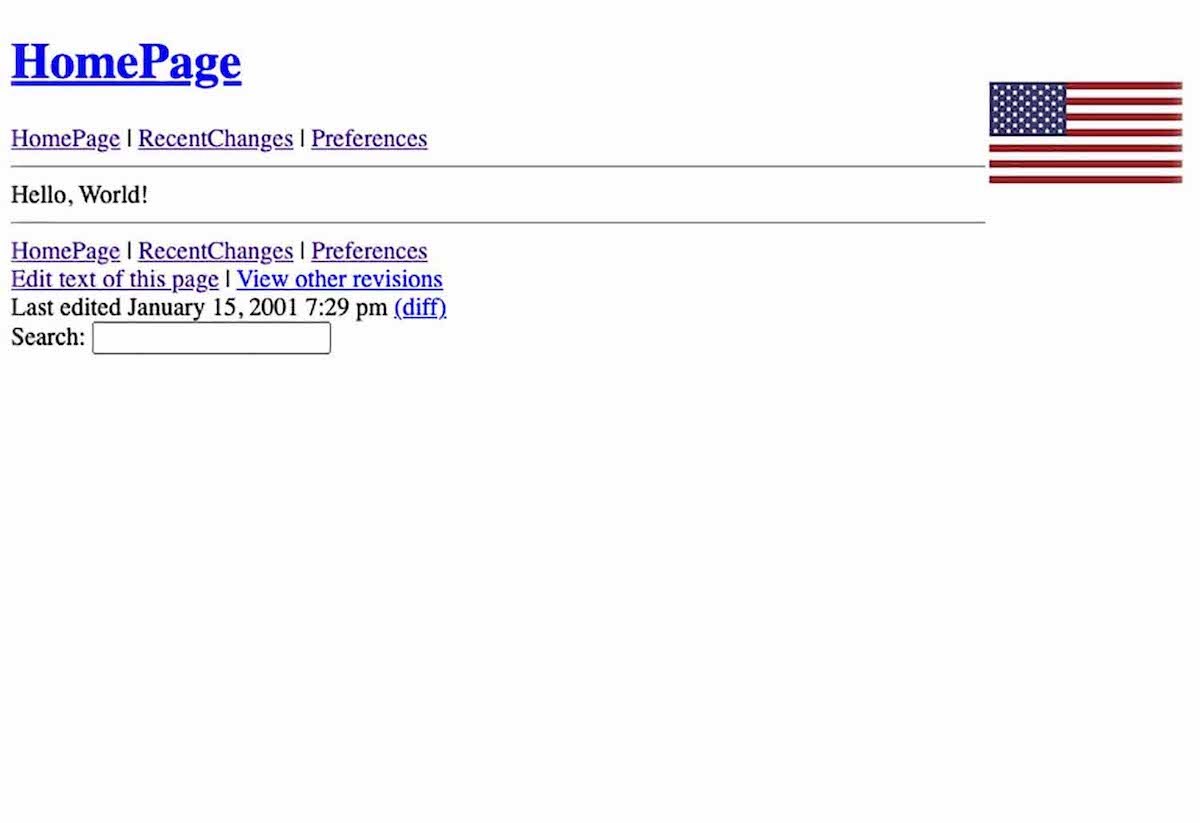 Wikipedia now supports more than 300 languages around the world and is edited by an army of volunteers in every country. For years, the site has ranked among the top 10 most visited websites in the world. Wikipedia currently has 6,408,480 entries and received an average of 228 million visitors in November 2021. 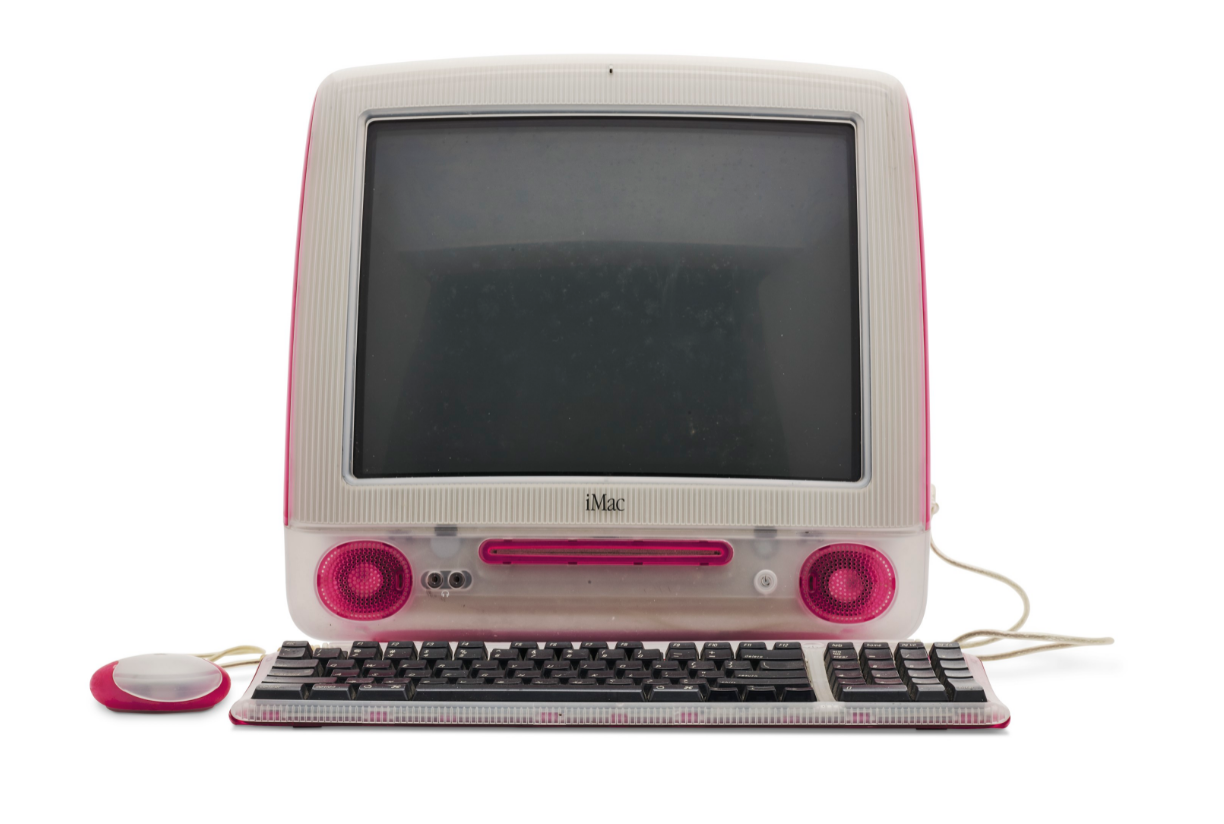 IT Home understands that the NFT will be auctioned at the same time as the 2000 Apple iMac used by Jimmy Wales when he created the site. 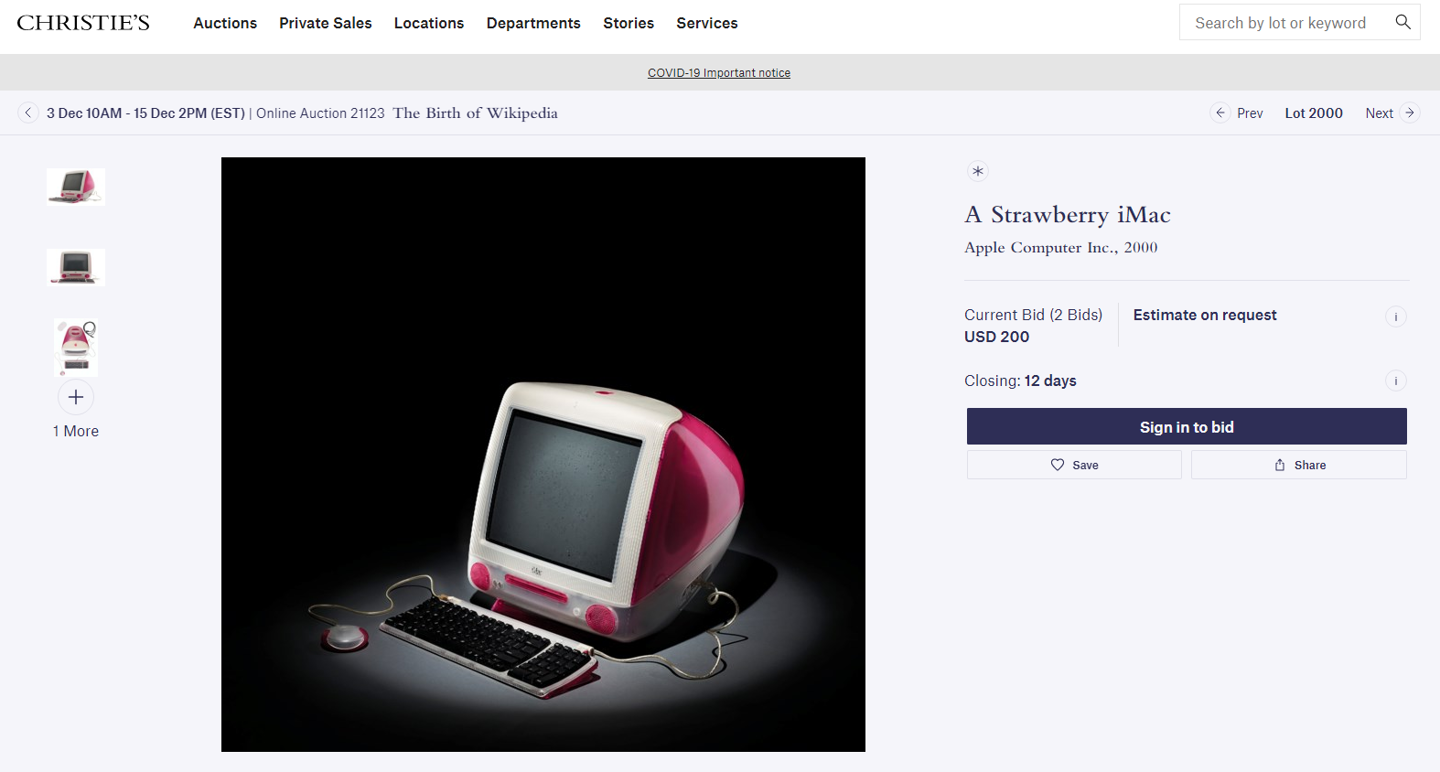 A portion of the proceeds from the NFT auction will support Jimmy Wales' alternative Social media pilot project, Wt. Social. The project aims to create an ad-free social platform. The auction has begun and will close on December 15.

Related news
NFT "disaster girl" facial expression pack sold for $500000
How can China build an NFT trading platform in the field of pictures?
Wikipedia's first entry, "Hello,World! Will be auctioned as NFT digital art
NFT into the game was "scolded back", why the meta-universe in this game is depressed?
Grab money or innovate? The video game world is divided on NFT
Wikipedia editors voted against classifying NFT as a work of art
Most game developers question criticism of the NFT digital collection or cryptocurrency
The NYSE filed an NFT market trademark application with the U.S. Patent and Trademark Office
NFT: An Internet "game Token"
Tencent tears the FIG leaf from China's NFT
Hot news this week
Biden signed a chip and scientific bill, a video call of WeChat iOS internal test suspension window, the advanced CPU caused Win11 to be difficult to use, Huawei new machines enter...
Alibaba: Shareholders SoftBank will settle in advance for advanced payment in advance involving a maximum of about 242 million ADR
Text message color, picture quality compression! Google calls out Apple for improving cross-device messaging
How to regulate the "broken card" operation to crack down on electrical fraud to prevent "accidental injuries" with cards?
Musk's eyes! Lei Jun released a full -size humanoid robot Xiaomi self -developed strength explosion table
Japan has confirmed that China has overtaken the US for the first time in the world's top three indicators of scientific papers
iPad 10 will be absent from iPhone 14 conference: October appeared on Apple's last non -comprehensive tablet tablet!
The three major indexes of the US stocks opened sharply: ROBLOX fell more than 4%, Twitter and Tesla rose more than 3%
SoftBank Group announced the early settlement of up to 242 million forward contracts for ADRs in Alibaba, reducing its stake to 14.6 percent
Kuaishou TOB business Yu Bing: Self -developed chips or mass production after the end of the year, the video must be turned into light industry
The most popular news this week
Tencent's agent of the Russian war online game announced the suspension: Customs Customs in October
Will the heat this summer cause the winter to be extremely cold? Expert science
New Intel NUC Mini! First time with Core P 12 and a castrated version
Lenovo and Motorola are involved in the case! US ITC launched 337 surveys on mobile electronic devices
Apple excludes RCS from iMessage iPhone users miss out on 5G messages
Can the Bayeng government smashing the billions of dollars to subsidize the new energy vehicle market, can the goal of "Made in North America" achieve it?
Windows 12 new picture is here: Feel it in advance
Intel NUC 12 Pro is now available
A total of 195,000 employees in Huawei: 30-50 years old is the main force
Have you ever seen a mobile phone that hides Bluetooth headset? Nokia New Machine Pre -sale: 599 yuan