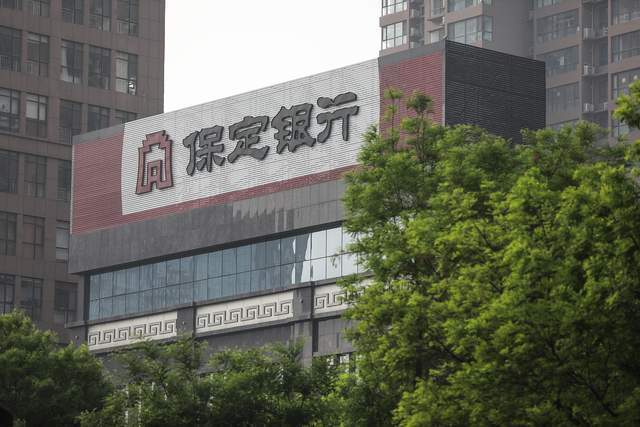 Board of directors is 70

For the former chairman of the Baoding Bank, Zhang Yili, the leader, Lei Junjie, exceeding 60 years old this year. With the two "newcomers", Baoding Bank will tend to be young in the chairman, lecture length or to a certain extent.

The Ai Finance Society found that the year report was found. From 2018 to 2020, the high-grade management member of the bank has only Lei Junjie, Guo Jun section is a pair of two sectors, and the executive team is slightly thin. In contrast, in the third quarter of 2021, the executive member column has expanded to 10, an increase in the assistant of deputy director and the assistant, and has also added chief information officers and chief ventilation.

With the continued arrival of many executives, Baoding Bank's original single executive team quickly got a rapid and strong. As a result, Baoding Banks have maintained more than 3 years, "Chairman + One Positive Two Presidents" three-footed management architecture was broken, forming a new pattern of chairman + "a four pairs".

In addition to the retrograms of the board member and executive team, the above-mentioned October 11th meeting has elected the fourth Supervisory Committee of the Baoding Bank, and the new supervisor is Li Liguan, Li Guang, Yang Xueyuan, Zhang Xihua, Xue Xuemin, the next The first meeting of the four Supervisors will elect the former deputy territor Guo Jun section to serve as the position of the supervisor.

Since this year, the small and medium-sized bank executives have been quickly completed. At present, there have been more than 20 small and medium-sized banks, Chairman, President, and Vice-President of the Bank of China, Zhongyuan Bank, Hebei Bank, Tangshan Bank, Guizhou Bank. Replace or replace it. The new management team rebuild is completed, making bank internal control systems more perfect, banking and governance systems or will usher in new changes.

In addition, in May this year, the Bank of China issued the administrative penalty information about Baoding Bank. Baoding Bank Baogou Branch was not in place due to loans, and the credit funds were misappropriated and fined 400,000 yuan.

According to the public information, the Baoding Bank was established in December 2011. It is the first local shareholding city commercial bank in Baoding City. At present, there are 19 function rooms in the general line, including 60 branches, including 1 business department, 4 outbound branches, 21 urban branch, 5 community branches and 29 counties branch, more than 1300 employees.

Nowadays, the new chairman of the chairman is in place, and the executive team is already equipped, and will the new leadership will change to Baoding Bank? Do you lead Baoding Bank to the next level? This is naturally a test of the "new" Baoding bank manager.

Related news
And China's cities have exceeded 10 million people: Alibaba's hometown, Hangzhou
Baidu won the first batch of 30 manned test licenses in northern China
Three super cloud computing centers started in a month Baidu wants to go all the way to AI
Baoding Bank executives behind the high blood test: net profit decline, bad rate climb
Driving Titsra Mania 180km / h! Female driver gives a wonderful reason
20,000-year-old drivers help you drive! CEO: We are no worse than Tesla
WHERE TO BUY GRADE AA+ UNDETECTABLE COUNTERFEIT BANK NOTES,
Because of these "two sins", Baoding Bank was fined 750,000! Just fined 800,000 three months ago
Hot news this week
Kuaishou launched a self-developed cloud intelligent video processing chip: The chip has been streamed successfully
Ministry of Public Security: Single telecommunications network fraud continues to cause 40 % of all electrical fraud cases
Special price "kill ripe"? Bike-sharing platforms have different prices for the same package for different users
A tech company in Shanghai has been fined 220,000 yuan for swiping orders to improve its ranking on Yelp
Text message color, picture quality compression! Google calls out Apple for improving cross-device messaging
Alibaba: Shareholders SoftBank will settle in advance for advanced payment in advance involving a maximum of about 242 million ADR
It is also the collapse of the mine card: NVIDIA graphics card plummeted, AMD graphics card increases against the trend
Gaming phones also have optical shake protection: a 50-megapixel large-background master camera on the Rescuer Y70
Musk's eyes! Lei Jun released a full -size humanoid robot Xiaomi self -developed strength explosion table
Biden signed a chip and scientific bill, a video call of WeChat iOS internal test suspension window, the advanced CPU caused Win11 to be difficult to use, Huawei new machines enter...
The most popular news this week
Economic Daily: US Chip Act will not stop China Chip!
Because of violating consumer law, Google was fined about 288 million yuan
Global e-commerce revenues may shrink for the first time
Apple's M2 processor is coming down: The iPad Pro 2022 is scheduled to ship in October
Are the suitcases hot? Meteorologist alert, the climate crisis is here!
Has been taken 4 pins, the new crown vaccine, the American Pfizer CEO is positive: taking special effects medicine
A fire broke out in Nintendo Japan headquarters, and the news said that it was caused by the charging electronic device
YouTube has been revealed as early as this fall to launch an online store to support streaming platform subscriptions
Video game company Unity rejected AppLovin's $17.5 billion takeover offer
Huawei Mate 50 series first emergency mode: can make phone calls and scan when the battery is exhausted